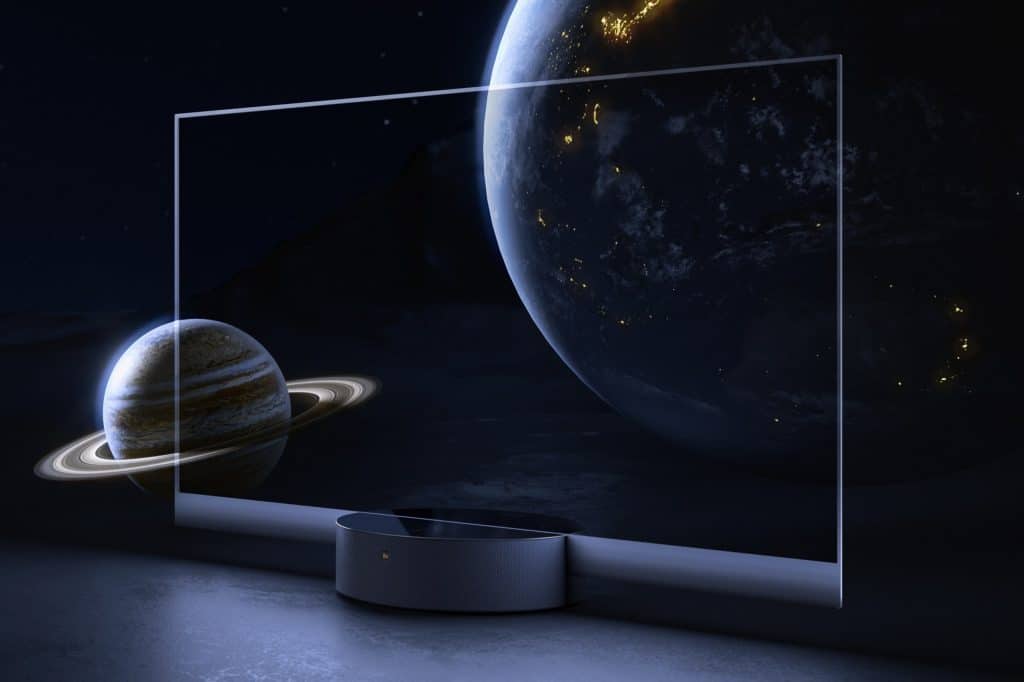 Together with the “anniversary” flagships Xiaomi Mi 10 Ultra and Redmi K30 Ultra, Xiaomi has announced the Mi TV LUX OLED Transparent Edition – the world’s first fully transparent TV that will be mass-produced for the consumer market.

Transparent screens are nothing new. Over the past decade, the corresponding panels have been shown by Samsung and LG on numerous occasions at various industry exhibitions, with both transparent OLED panels and LCDs being shown at various times. Just last week, as part of SID 2020, the latter, along with flexible and foldable displays, demonstrated transparent ones. Back in 2010, the Haier transparent OLED TV was on display at CES 2012. Such TVs could be found in the expositions of Samsung and LG in recent years. By the way, LG, showing another transparent TV last year, threatened to release a serial model in the future. And it looks like Mi TV LUX OLED Transparent Edition is built on top of LG Signage.

YOU CAN ALSO READ:  Adobe accidentally deleted photos of users with the next update of Lightroom for iOS, it is almost impossible to restore them

The entire element base is placed in a non-removable round base, which also serves as a stand. The hardware basis is a custom-made MediaTek 9650 SoC with AI Master Smart Engine, which offers more than 20 optimization algorithms and a special adaptive mode for 5 main use cases. The computing unit also houses an audio system with support for Dolby Atmos surround sound technology and AI Master for Audio, which detects the type of content being played and automatically applies the appropriate sound settings.

The Xiaomi Mi TV LUX OLED Transparent Edition will start selling in China from August 16 for a suggested price of around $ 7200. It is obvious that with the help of Mi TV LUX OLED Transparent Edition, Xiaomi just wanted to make noise and attract maximum attention – there are hardly many buyers who would agree to pay such an immodest amount for a curiosity. And the new product coped well with this task.

YOU CAN ALSO READ:  Collins English Dictionary named the word 2020 (and it's not "coronavirus", but "lockdown")