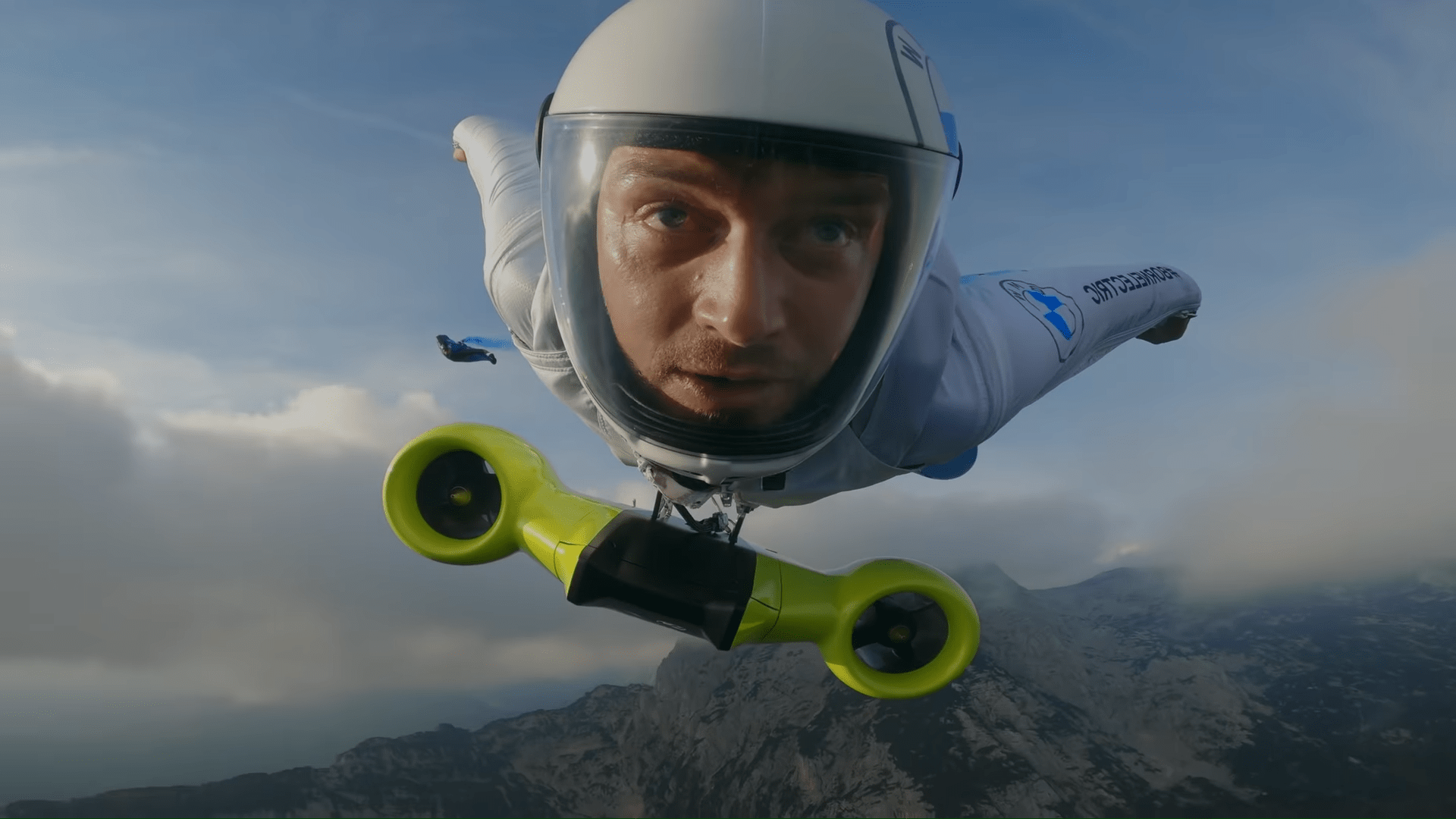 Wingsuit with an electric motor developed by BMW

As a rule, a wingsuit is a special wing suit, the design of which allows an incoming air flow to fill the wings between the pilot’s legs, arms and body, thereby creating an aerodynamic profile. In this case, you can make gliding flights. But in this case, the wingsuit was supplemented with an electric motor, which made it possible to perform a full-fledged flight, and not just plan. Thus, it was possible to increase the flight distance.

Typically, pilots can achieve horizontal speeds of up to 100 km / h when using traditional wingsuits. Thanks to the electric motor, Peter Salzman was able to reach speeds of up to 300 km / h. The engine is housed in a special block that is attached to the pilot’s chest. The total power of the electric motor is 15 kW. It is split between two carbon propellers that spin at 25,000 rpm and can provide up to 5 minutes of thrust.

During the first test flight, Peter Salzman, along with two other wingsuit pilots, was dropped from a helicopter at an altitude of 3 km. The three of them flew to one of the mountain peaks in Austria, where they flew around the peak with a group of other wingsuit pilots. Thanks to the electric motor, Peter Salzman was able to accelerate and meet a group of other pilots much faster. The flight ended with a parachute descent.