Fortnite. In the hearts of iOS users, this word resonates with particular pain because soon, it will be full six months since they were denied access to their favorite game. More than the gamers themselves, only the development studio suffered, losing access to a colossal audience. Therefore, it was decided to sue Apple and, in parallel, demand the restoration of justice on behalf of users. But since maintaining public outrage, it is necessary to make some statements that can provoke protesters regularly. Epic Games quickly calmed down and lay low. Why should users expect?

Fortnite has not been in the App Store for almost six months, and it seems he has no chance of returning there.

Although Fortnite can no longer be downloaded from the App Store, Epic Games can still support its game on Apple mobile devices by releasing updates through the built-in update mechanism. The studio still refused to give iOS users access to the new season, but in early January, they released another patch that – what would you think – removed the direct payments tool from the game. However, pretty soon, a representative of Epic Games issued a statement denying plans to reconcile with Apple, noting that the update was released by mistake.

Apple clearly didn’t like Epic Games’ refusal to agree to its terms. Therefore, most likely, Fortnite will now work on iOS, only bypassing the App Store.

But was it a mistake, as we are assured? In fact, it is difficult to answer this question unambiguously. On the one hand, bugs and flaws are a characteristic attribute of almost any update, which the developers then have to refine and fix with the next update. On the other hand, the removal of the built-in payment processing tool is more like a deliberate change than a bug. Yes, Epic Games was quick to deny everything, but what if the studio just wanted to negotiate with Apple to return to the App Store, and Apple did not accept it back?

Such a scenario is quite possible, especially since Apple suggested Epic Games to eliminate the violations and return Fortnite to the App Store. But that was at the very beginning of the conflict, which Cupertino wanted to settle amicably. Everyone remembers what happened then: Epic defiantly refused and filed a lawsuit against Apple, and the latter deleted the studio’s account in response, forbidding it to place any applications in the directory. Therefore, I admit that Epic could have made such a call, but since it failed, I had to make excuses to users that removing the payment tool in Fortnite was an accident.

How to play Fortnite on iOS?

GeForce Now also has Fortnite, but it’s not available on iOS.

However, there is still a chance for Fortnite to return to iOS and quite large. After all, everyone knows that you can play games even without installation. It is enough to use cloud gaming services. Even though they are also banned in the App Store, Apple cannot prevent them from working in the browser. Therefore, Nvidia announced the optimization of Fortnite in GeForce Now for Safari. The corresponding announcement was made back in the fall, which means that there is not much time left until the launch. I think that even before spring comes, iOS users will enjoy their favorite game again because it is in Epic Games’ interests to do everything beautifully.

It’s another matter how many people will go to play Fortnite on GeForce Now. Even though the site is free by default, users will have to stand in long queues to play, let alone get a game controller if they did not have one before. After all, even though GeForce Now has a virtual gamepad that appears on the screen, it is absolutely impossible to use it. Therefore, the Fortnite cloud audience will not be as large as if the game was available in the App Store. 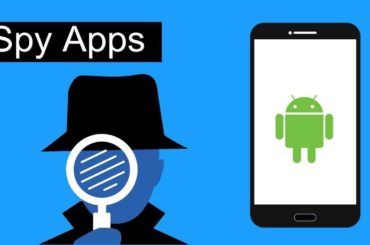