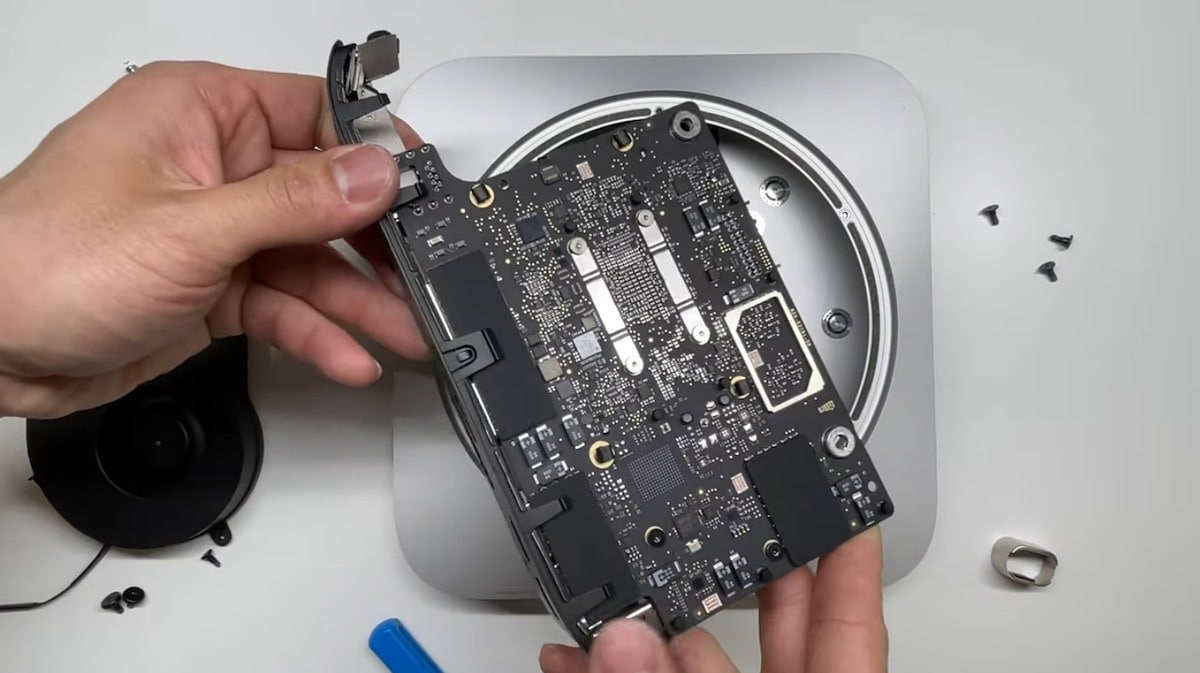 Concerns about excessive wear on SSDs on Macs with the Apple M1 chip could be exaggerated. Previously, it was assumed that some new Apple computers could reach the nominal wear limits of their solid-state drives in less than six months, whereas this usually takes years. The problem came to light last month when Mac users with an M1 chip began posting SSD wear data on Twitter and Apple forums. But is it really that bad?

No, your drive won’t fail in a year or two.

What is SSD wear?

When data is written to a cell, a voltage is applied to change its state. To read a cell, the computer checks the voltage level. As writes HelpDeskGeek edition, this does not affect cell wear. It’s another matter if data is constantly being written to and deleted from the cell, then it, of course, wears out.

In an SSD, information is stored in an array of memory cells, consisting of floating-gate transistors. Electrons, depending on the voltage’s direction, move between the control gate and the NAND channel. When voltage is applied to the control gate, electrons begin to be attracted upward, and the resulting electric field helps them reach the floating gate while overcoming the oxide obstacle. Thanks to it, the electrons do not move beyond the floating gate.

YOU CAN ALSO READ:  Not just smartphones. LG patented a laptop with a folding 17-inch screen

Each SSD manufacturer determines the number of charge cycles a cell can withstand before it becomes unreliable to read. The firmware monitors the actual cycles to get a percentage rating of the SSD wear.

Applications like DriveDX measure SSD wear based on the manufacturer’s stated values.

Much of what makes M1 Macs so fast is that the chips use what is known as a unified memory architecture. This means that RAM is allocated between the main processor, GPU, and neural processor as needed. The architecture also allows SSDs to be used interchangeably with RAM, more so than machines with Intel processors.

In the most severe cases, about 10-13% of the maximum SSD resource is “used up.” What does it depend on? The less RAM your computer has, the more SSD will be used. And the smaller your SSD, the more wear and tear on each cell. For example, an M1 Mac with 8GB of RAM and a 256GB SSD can reach nominal wear levels in less than six months.

YOU CAN ALSO READ:  Huawei will lose supply of displays from LG and Samsung

But the problem is most likely not as serious as it seems.

According to MacWorld, SSD mostly dies from problems with their controllers, not from cell wear and tear. SSD controller failures in Mac computers are virtually unknown these days.

Second, SSD manufacturers deliberately underestimate their maximum resource estimates because if an SSD fails before reaching its rated wear limit, it will have to be repaired under warranty. The drive usually breaks down after maximum wear (according to the passport), and this is not a warranty case. In practice, SSDs typically endure four times the wear and tear that manufacturers claim.

THE actual SSD resource is usually 3-4 times higher than stated.

If Apple had followed common practice, the 256GB SSD in your Mac M1 would probably have been rated for 150 TBW. This means that about 150 terabytes of data can be written to the drive over the drive’s life. If someone writes 7.5 TB per month, the SSD will reach its maximum depreciation level in about 20 months, or less than two years. Not very cool.

YOU CAN ALSO READ:  Apple will release new flagship models of smartphones. Is it true?

It is far more likely, and industry experts attest, that a 256GB SSD will easily hit 300 TBW, and most likely even more. This means that the solid-state drive’s service life will already be from 4 to 8 years at the same data recording rate, depending on the drive’s size. Thus, a 512 GB SSD will “live” longer than a 256 GB SSD.

For example, you can remember the same car warranty. No sane person would buy a new car knowing that it will stop working in five years or 150,000 kilometers. But that’s just the time and mileage that are covered by the warranty. In fact, you can drive a car for 6 or 10 years and drive 200, 300 thousand kilometers, and more.

So yes, if you are opting for a Mac with an M1 chip, you need to consider SSD wear. If you expect to be writing a lot of data, then 16GB of RAM is better than 8GB and a larger SSD size. But the panic over the fact that in a year, SSD in such computers can be sent to the trash heap is greatly exaggerated.