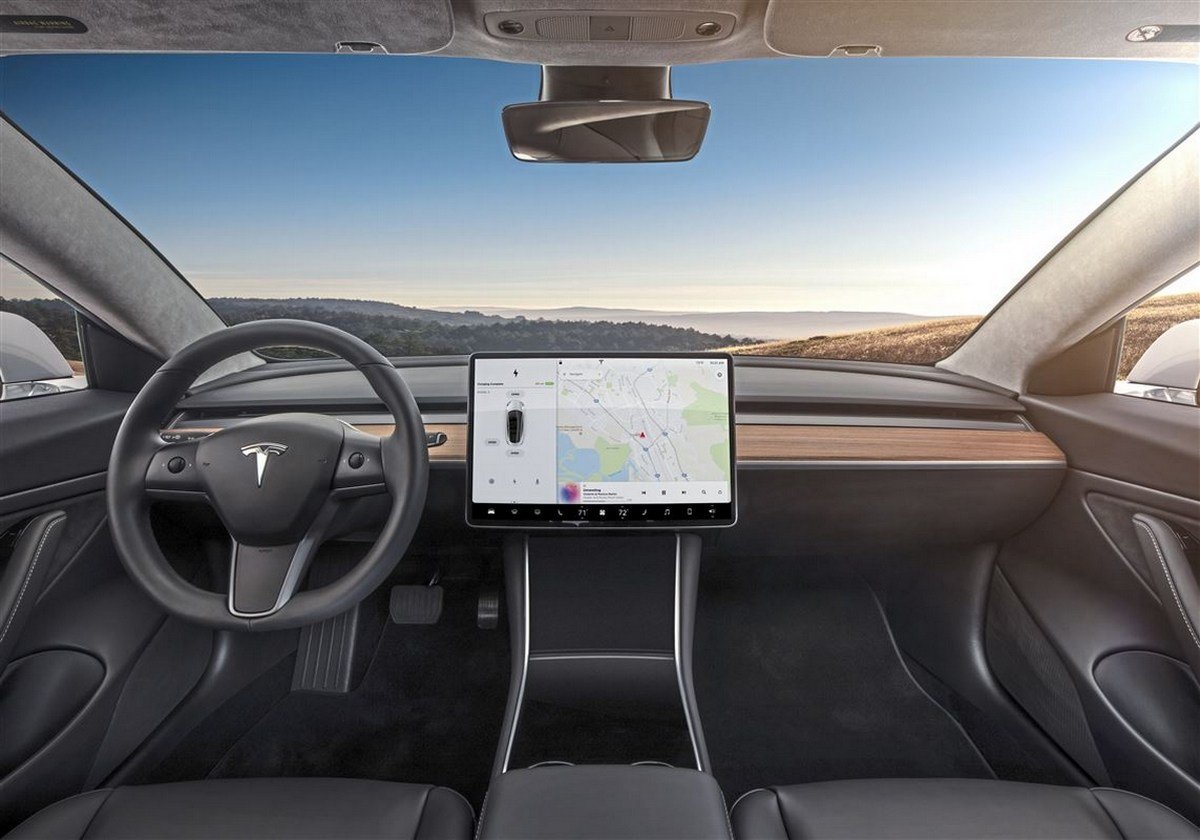 On October 20, Tesla, as you know, began beta testing the next major Full Self-Driving (FSD) update, which should pump the proprietary Autopilot system from the current second to the highest fifth level, thereby providing the company’s cars with the long-promised ability to move independently without any or driver assistance. While the new Autopilot is available only to individual Tesla electric vehicle owners in the United States, you can already find a lot of enthusiastic reviews and videos demonstrating the system’s capabilities on social networks.

Recall that the hardware part of Autopilot, in addition to the FSD computer, which is responsible for processing all the data, includes eight cameras that create a panoramic picture around the car (here is a 360-degree video of the trip “through the eyes of the autopilot” of a Tesla electric car), 12 ultrasonic sensors that calculate the distance to obstacles, and a radar installed in the bow. Since 2016, all Tesla vehicles, including the junior Model 3, have been equipped with the above components. Earlier, the head of Tesla, Elon Musk, has repeatedly said that lidars (3D laser scanners that detect objects and determine the distance to them) are an expensive and unnecessary technology for autonomous cars. Unlike Waymo and others, which rely on lidars and HD mapping for this, Tesla relies on computer vision. We talked about this in more detail here. In short: Tesla’s system is easier to scale to a large fleet of vehicles, while the mapping approach, which requires constant tracking of the smallest changes, is expensive and “non-scalable”.

We have selected several videos showing how detailed Tesla’s new autopilot “sees” everything around (visible on the center display) and reacts to various driving situations. The videos demonstrate the work of the new generation system in the daytime and at night – in these videos you can see how Tesla cars independently move along expressways and roads within the city, automatically slowing down and accelerating, changing from one lane to another to make a turn / exit and pass intersections stopping at a red traffic light. And although in some cases the system may still make mistakes (for example, how in this situation), in most cases it shows itself flawlessly. Which is impressive considering it’s beta. Actually, a few illustrative examples:

YOU CAN ALSO READ:  American startup Bollinger presented a prototype of an electric delivery van for delivery services Deliver-E with batteries from 70 to 210 kWh

Overly cautious at a roundabout … I didn’t have to interact until the end of the process. Not bad for the first attempt! Go FSD BETA! pic.twitter.com/3gPkztUWgY

The future is coming … FSD BETA is here, I hope @Tesla makes progress to get this out to more people soon! Full intersection rendering on the DEV UI is incredible. I didn’t have any interaction other than modifying my following distance. pic.twitter.com/eKhvmPsAt2

By the way, from October 27, the Full Self-Driving package will rise in price again. The last time the price increased in July by $ 1000 (up to $ 8000). This time the rise in price will be 25% ($ 2000) – so far only for US residents. As the beta spreads to other countries, a similar increase will occur there (at the same weekly interval).

Price change is pushed to Thursday next week. Applies only to US for now. One week clock will start in other countries as beta is released. FSD monthly rental will also be available sometime next year.

A broader beta test of the new autopilot is due to kick off in the coming weeks, with the final version slated to launch in the US in mid-December.

Recent leaks indicated that Tesla is developing a processor for the next-generation HW 4.0 platform, and is also preparing to move to an exascale-class Dojo supercomputer capable of handling huge streams of visual data that is growing rapidly with its fleet of vehicles and teaching cars more efficiently. By the way, to date, the company’s cars with autopilot turned on have already driven over 3 billion miles on public roads. In addition, just the other day there were reports that Tesla plans to update the current radar, replacing it with an improved 4D model with a doubled detection range. Apparently, this is the very Tesla Autopilot 4D update that Musk talked about in July.

As we have repeatedly noted, it is precisely from the introduction of full Full Self-Driving (we are talking about the same package “feature complete»Full Self-Driving, we talked about it in more detail in this article) will depend on the launch of the promised Tesla Network robotic taxi service with 1 million self-driving cars, which the company originally planned to launch in 2020.

According to the initial idea, at the first stage, the Robotaxi service will work with insuring drivers. Based on the results of testing, Tesla plans to obtain the necessary data to develop a model of a fully autonomous service and contact the regulator to obtain an appropriate license. Musk has previously said cautiously that he expects to achieve some of the goals in 2021.

It remains to be hoped that in the end, Tesla will succeed, and incidents with mistakenly mistaking flags at a gas station for a traffic light, as well as fatal errors leading to a collision with a bump stop in problem areas (analysis below), will remain far in the past.

the crash ripped off the front half of the Tesla, which started to burn. nearby drivers stopped to pull the driver out. pic.twitter.com/FDD0oLiZwV