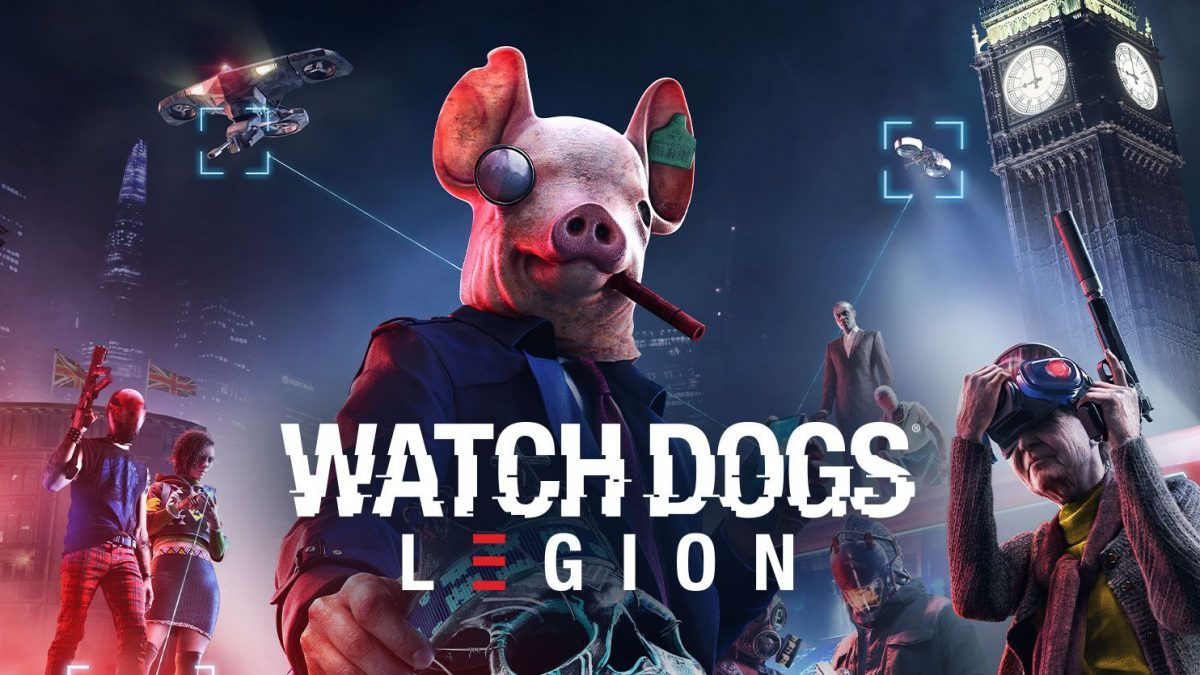 Watch Dogs: Legion – Every cook must learn how to hack servers

London of the near future in Watch Dogs: Legion looks like a typical horror story from the Black Mirror – total surveillance by the government, the buzz of drones scurrying across the sky, the screams of PMC employees pressing an unlucky passerby in plain sight, face recognition technologies at every step, leveling the rights of citizens on privacy, checkpoints with automatic turrets and holographic propaganda. Who, if not the DedSec hacktivist group, will deal with all this mess?

Fighting tyranny, hackers and their sympathizers will be the methods already familiar to the series – hacking of security systems of government agencies, infiltration of storages, surveillance, identity theft, posting posters with their own propaganda, kidnapping, murder of villains and ordinary police officers using a firearm weapons and combat drones. In other words, DedSec’s methods and tools are the same as those of the “oppressors.” Unfortunately, Ubisoft only increased the degree of dissonance that arose back in the days of the second part. Still, if it was generously flavored with memes and other Internet folklore satire, which much is forgivable, then Legion is trying to look very serious, which means that the demand from it is different …

We will not dwell on the plot too much. There are hackers from DedSec, unjustly accused of terrorism, on the one hand, an unknown group Zero Day, the Kelly crime clan, PMC Albion, and the fooled police on the other; guess who will emerge victorious from this confrontation. To one degree or another, all these stories are familiar to you. If not from Orwell, then from the same Black Mirror or previous parts of the series, the number of truly original plot points in the game can be counted on one hand, which does not prevent you from enjoying the main storyline. Side quests, in turn, are relatively the same type, but they are collected in a separate category of the quest journal and do not litter the game map with myriads of pictograms, so if you wish, you can not be distracted by them at all.

The group of hacktivists, however, does not evoke any empathy. And what empathy can a hacker evoke, who, immediately after a pretentious speech about the protection of rights and freedoms, hacks into a passersby’s phone, steals someone else’s car, and casually knocks down a couple of pedestrians on it (the physics of driving in the game remained far from ideal, and pedestrians are in a panic as if deliberately throw themselves under the wheels)? In other words, villains cannot do all of the above because they are villains, but DedSec can be done because they are fighting evil. Lead the London cell, the criminal Pierce, burning with righteous anger, could find a quite convincing explanation for what is happening. Still, there is no main character in Watch Dogs: Legion at all, you can play as a random person from the street, and therefore the whole story with the “police state” looks unconvincing, and the assumed seriousness of the game is completely out of place. But the sandbox from Legion came out quite good.

YOU CAN ALSO READ:  Alienware creates its own compact version of the GeForce RTX 3080 graphics card and new monitors for gamers

Firstly, in Legion, you can indeed recruit any Londoner, with a few exceptions, into the ranks of hacktivists, up to and including members of enemy groups. Usually, this requires completing a short personal task of the character, rescuing, for example, someone from his family or stealing data from a secure server. Characters are divided into archetypes – suitable for assault, stealth, or hacking, and have several of the whole heap of unique characteristics. One can fall into a rage when receiving damage and keeps a rare club with him, the other drives a luxurious car and is recognized on the streets, the third instantly hides from pursuers, carries a unique drone in his backpack, but can die spontaneously (literally out of the blue, on the road to the next task, as happened with me)—moreover, the recruit’s occupation matters. Having recruited a member of Albion, you will be able to more or less calmly walk around the protected area. The builder can call a cargo drone at any time, which perfectly transports the character himself. A simple cleaner hides from the chase without any problems as soon as he picks up a mop and start diligently rub the asphalt. Appearance, tone of voice, and sets of characteristics are randomly generated so that those who wish can travel around the city for their own pleasure in search of rare heroes, while the rest will be enough to limit themselves to those recruits that the game will offer as they progress.

In the event of a mission failure, the character does not die, if you do not have permanent death mode enabled, but is sent for treatment or behind bars and becomes unavailable for some time, so it’s nice to have a doctor in the ranks of DedSec for accelerated treatment and a lawyer or someone with connections in power structures – to resolve the issue during detention. The rest of the perks may be interesting but not necessary at all. Moreover, the technologies that the player unlocks as they level up are available to all characters at once, so even the final death of one of the DedSec members is not such a serious loss, it may be a pity only for rare operatives, but they can be more or less adequate replacement pick up pretty quickly. This approach has both pros and cons. Breaking the MI6 headquarters of a fragile elderly English lady with a grenade launcher is at least fun. Still, in the end, you perceive the characters not as individuals but as interchangeable dummies with a set of perks, which they essentially are.

YOU CAN ALSO READ:  Cyberpunk 2077 Gameplay Shows On Xbox Series X And ​​Xbox One X Consoles

Of course, such a wide variety of heroes implies variability in the passage of missions, and here Watch Dogs: Legion is more than fine. Fed up with shootouts, which are not much different from any other third-person shooter authored by Ubisoft, and has pumped up the skills associated with hacking equipment, I switched to a hacker armed with non-lethal weapons, after which most of the missions could be completed without even going to the desired location … The opponents were dealt with by their own drones and turrets, and all quest objects were activated by a spider drone, while my character was in absolute safety somewhere on the next street. Simultaneously, the game turned into a kind of puzzle. I personally liked these switching between cameras to preliminary study the territory, find out the routes of patrols, activate traps, and redirect electrical circuits much more than a covert passage or confrontation. But no one bothers to break into the room with an automatic rifle at the ready and arrange a bloodbath, summoning kamikaze drones and placing homing turrets in the corners. There would be a desire.

We should also praise London itself. Only 8 of the 32 London boroughs are available in the game, and even then, in a somewhat compressed form, they are conveyed so reliably that a player who is familiar with the city does not need to check the map all. It’s not just world-famous landmarks like Buckingham Palace, the Tower of London, the National Gallery, or King’s Cross. To my surprise, the first time I found a small hotel lost in the bowels of Whitechapel, in which I somehow stayed, and spent the next few hours exploring the city in search of familiar places. Apparently, ordinary tourism will not shine for us for some time, so I would like to thank the developers for such an alternative. At the same time, London looks great, and even without ray tracing, you can admire the surroundings indefinitely, but as soon as it is turned on, it becomes clear that Control has clearly sat on the throne of the ray-tracing king. True, the system requirements for the hardware immediately skyrocket. At 1440p, the GeForce RTX 2070 is not always able to maintain a stable 60 frames per second. With ray tracing enabled, performance in places drops by half, but it’s worth it, no doubt about it.

Watch Dogs: Legion is a very peculiar development of the ideas laid down by the previous installments, and the game will not be to everyone’s taste. For example, I have not completely overcome the slight annoyance of double standards regarding digital security and access to personal data. Ubisoft has not clearly explained why the same government cannot collect, store, and process data about the population at its own discretion. Still, a group of anonymous people who steal money from bank accounts, in the meantime, can. And I would not find fault if the game did not put this issue at the forefront and did not arrange manifestations on this issue at every step. In the second part, this theme was played up much more elegantly.

Otherwise, it turned out very well. It remains to wait for December, when the servers for multiplayer games will be launched. There is a feeling that the ability to play for any Londoner was realized, not least precisely for the sake of multiplayer.

Pros: The variability of the passage of missions; the ability to play as any resident of London; impressive picture

Minuses: Lack of a central protagonist; heroes in fact differ little from villains, although the game tries to assert the opposite; characters lack character; facial animation is not up to par.

Conclusion: If you are looking for gunfights, chases, computer hacking, and a big map to keep you busy in Watch Dogs, then you are right in Legion.