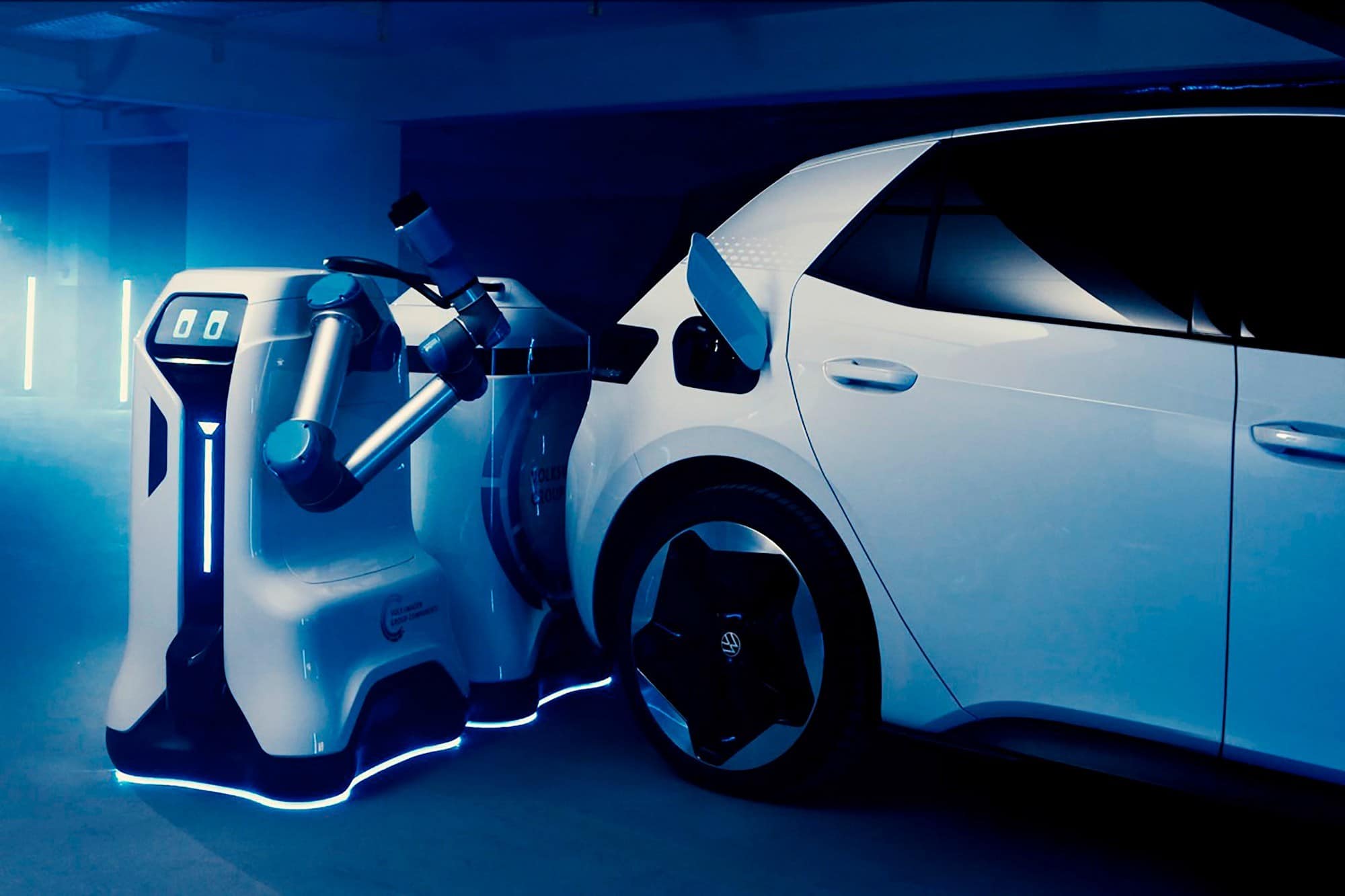 Exactly a year ago, the German automaker Volkswagen introduced the concept of an autonomous robot that independently charges electric cars in a parking lot using “trailers” with batteries. Recently, the company showed the first images of real-life prototypes of the device.

Over the past period, the system’s principle has not changed – it consists of an autonomous robot and several mobile batteries, which are located in the parking lot. As soon as an electric vehicle arrives at the parking lot, its owner can initiate the charging process using a mobile application or the Car-to-X wireless protocol.

Next, the robot independently drives up to an electric vehicle with a battery trailer, requests the hatch’s opening with a charging socket, inserts the mobile battery cable into the corresponding connector, and starts the charging process. The driver can request a certain amount of energy (for example, 20 kWh), indicate the time available for charging (for example, 20 minutes), or select the “full tank” option (charging up to 80-100%).

As soon as the refueling robot connects the mobile battery to the electric car, it is ready to service the next one – for this, it can transport several batteries at once. The robot delivers the discharged mobile batteries to a power outlet where they are charged. Judging by the data announced earlier, each mobile battery will have a capacity of about 25 kWh and will be able to charge electric vehicles in high-speed mode up to 50 kW (DC).

The timing of the appearance of commercial samples of the Volkswagen refueling robot has not yet been announced, but the company is serious about bringing this device to the market. Recall that earlier, Volkswagen introduced mobile high-speed chargers for electric vehicles with an internal 360 kWh battery.

This is how the mobile charging robot works