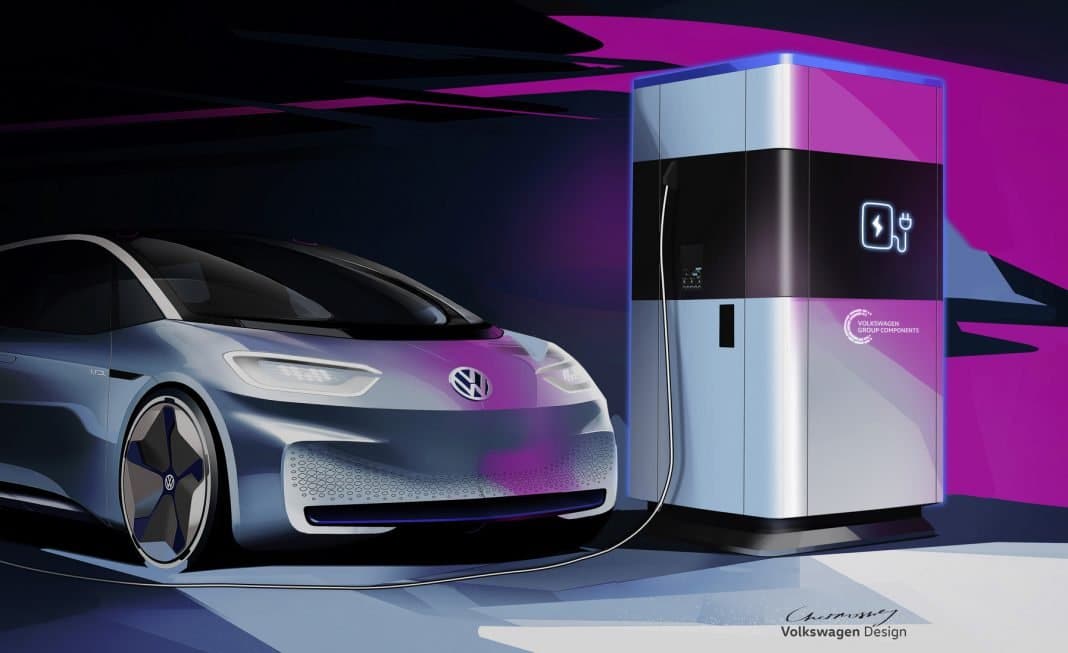 Last year, Volkswagen showed a concept of a fueling robot that can independently find your electric car in a parking lot and recharge it. Now, the company has released a short video showing the work of this very robot.

First, the robot looks pretty cute – it even has “eyes” activated when it starts working. The robot first attaches the battery pack to itself. It then heads to your car and connects the charging cable to it.

The robot functions independently. To start it, you need to use the application or set the appropriate voice command to the car. You don’t even need to open the charging lid or turn off the robot – it does it all automatically.

Volkswagen does not specify exactly when such robots will become available to consumers, but the German automaker’s charging stations will be launched in 2021.