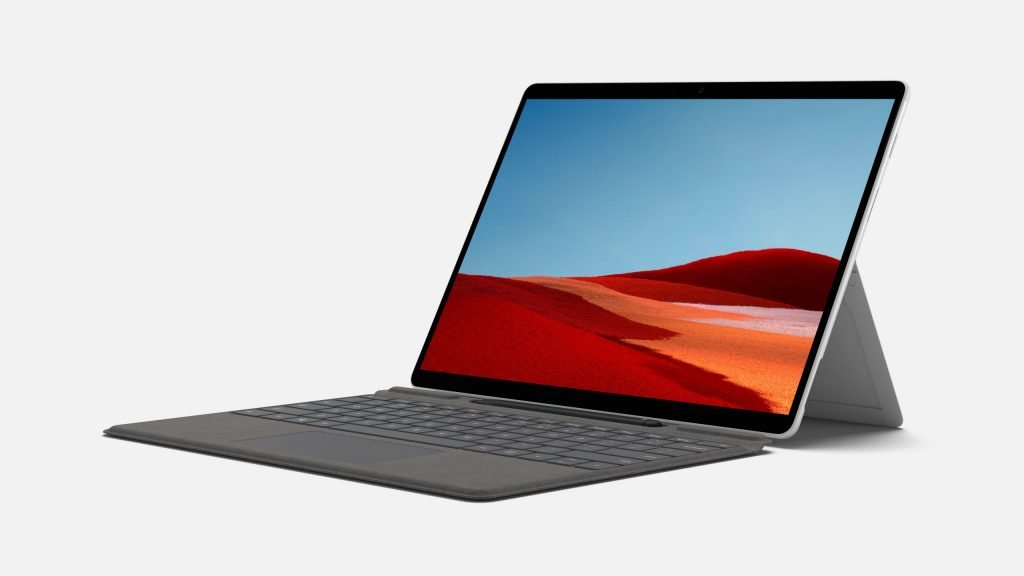 Another novelty from Microsoft is the updated Surface Pro X, which runs on an ARM processor.

Speaking of processor, it now uses an improved SQ2 chip with Adreno 690 graphics. Microsoft again partnered with Qualcomm during its development and, by and large, this is a custom version of the Snapdragon 8cx Gen 2 5G chipset, but without 5G support. According to the company, it provides better performance in many applications, and thanks to its energy efficiency, the battery life is up to 15 hours.

The device is equipped with Wi-Fi 5 modules, Bluetooth 5.0, GPS, LTE-modem (there is a slot for nanoSIM), 10 MP main camera and 5 MP front camera, 2 W stereo speakers. There are two USB-C ports, a Surface Connect connector for charging, and a Surface Keyboard port. Also note that the device is now offered in a new platinum color (previously it was only in black) and new keyboard colors are available (red, blue, platinum and black).

YOU CAN ALSO READ:  Sony Interactive Head: PS5 Will Not Support Games From The Original PlayStation, PS2 And PS3