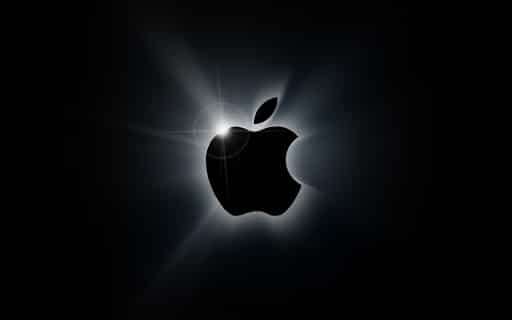 The most boring Apple event ever is the annual meeting of shareholders. The company’s shareholders could easily blow it to smithereens (by voting on the principle of “one share – one vote“), which took place this week. There was nothing particularly interesting for you with us. If not for Tim Cook’s speech, the meeting of Apple shareholders could not have been remembered. No new hardware, software, or even a change in company policy is ever announced at such events, but Tim’s speeches still shocked many. After all, he shared something exciting.

And this guy knows how to catch up with intrigue.

Naturally, Apple and its management “look confidently to the future” and “see unprecedented opportunities in the coming year.” Even if 2020 was unsuccessful for Apple, it turned out to be a failure and unprofitable. The company’s prospects were terrifying. The head of the company could not help but say something in this spirit. The statement “the world changed in 2020” is nothing more than a statement of the obvious. But the continuation of this phrase can not be said so: “but Apple has remained the same as always.” In fact, Apple is changing, but not because of COVID or because of the global antitrust escalation, but Tim had something else in mind. Apple, as always, creates unique things. And 2020, despite the pandemic and remoteness, was perhaps the most fruitful year of the decade. The move to Apple Silicon is perhaps stronger than the first iPad. And it looks like 2021 will be even cooler.

YOU CAN ALSO READ:  LG Signature OLED TV R is a roll-up TV

Listing the main novelties of the past year, Tim put “the first 5G iPhone” in the first place – despite everything, and despite everything, iPhone 12 came out. And they became the best selling 5G smartphones on the market. Impressive? Apple Silicon and the first Macs with Apple Silicon inside is another major novelty. I would even call it historical – but Tim Cook put it in second place. Macs of a new nature have yet to conquer the world. The most successful second-plan items are AirPods Max and HomePod mini. And the Apple Watch “has grown and continues to grow.” For some reason, Tim did not say anything about the fourth-generation iPad Air. And all this in unfamiliar and inconvenient conditions for Apple. Well done.

When will iPhone 13 be announced?

One of the iPhone 13 concepts

The Apple CEO said 2021 would be an important year for the iPhone and that it is preparing “something completely new.” It is difficult to say exactly what Cook was talking about. Still, there are not so many options: either we are talking about the iPhone 13 (iPhone 12s) or augmented reality glasses, which is unlikely.

Is Apple preparing another major iPhone update? According to rumors, it is likely. There will be a fingerprint scanner in the screen or power button, and a more powerful camera (which is even better?), 120Hz display, small bangs, and much more.

The iPhone has a lot of interesting things ahead, just like Mac computers, ”Cook said.

Apple is not a monopoly.

Tim has said more than once that close attention to giant companies is necessary. But with the fact that Apple is considered a monopoly, they are trying to limit it in some way and put pressure on it. He strongly disagrees. In none of the market segments in which Apple operates is it a monopoly. The competition is fierce in all these segments. This unjust accusation is easily refuted – but the fact that it has to be refuted over and over again is terrible. This affects the reputation of the company and diverts resources that can be spent on something more interesting.

App stores (especially the iOS App Store) are among the biggest drivers behind the company’s success. App Store rules are changing, not to please their critics – but to make them more attractive to developers (this is the App Store for Small Business program).

In Tim’s opinion, the most important achievement of the past year was not a new product from the company, but the fact that the company was able to adapt to the remote mode of work and accomplish everything that was planned. It wasn’t easy. Over the decades, Apple has developed a unique style of interaction between employees. It was brought to perfection – last year it had to be abandoned, in conditions of remote work it became impossible to work as usual. But the company was constantly looking for solutions to emerging problems. As if the remote mode was another Apple product, creative and thorough. The result is obvious. 2020 was far from the worst in recent Apple history, to put it mildly.

YOU CAN ALSO READ:  YouTube Music has launched a new personalized playlist system: up to seven mixes for each genre and mood and one super mix

The most important thing for shareholders is Apple’s profitability, its stock prices, and the size of dividends. In 2021, it looks like they will get theirs. More important to us is what Tim Cook called “Apple’s great potential.” It remains only to translate it into real projects.

Here in the first place – new Macs on M1. The transition of Macs to chips of their own design is just beginning. What is being prepared for release will not disappoint – and in general, 2021 will be a historic year for Macs. This year’s iPhone also plays a major role in Apple’s plans, as is the iPad, Apple Watch, wireless headphones, and more. Anything else that is too early to talk about?