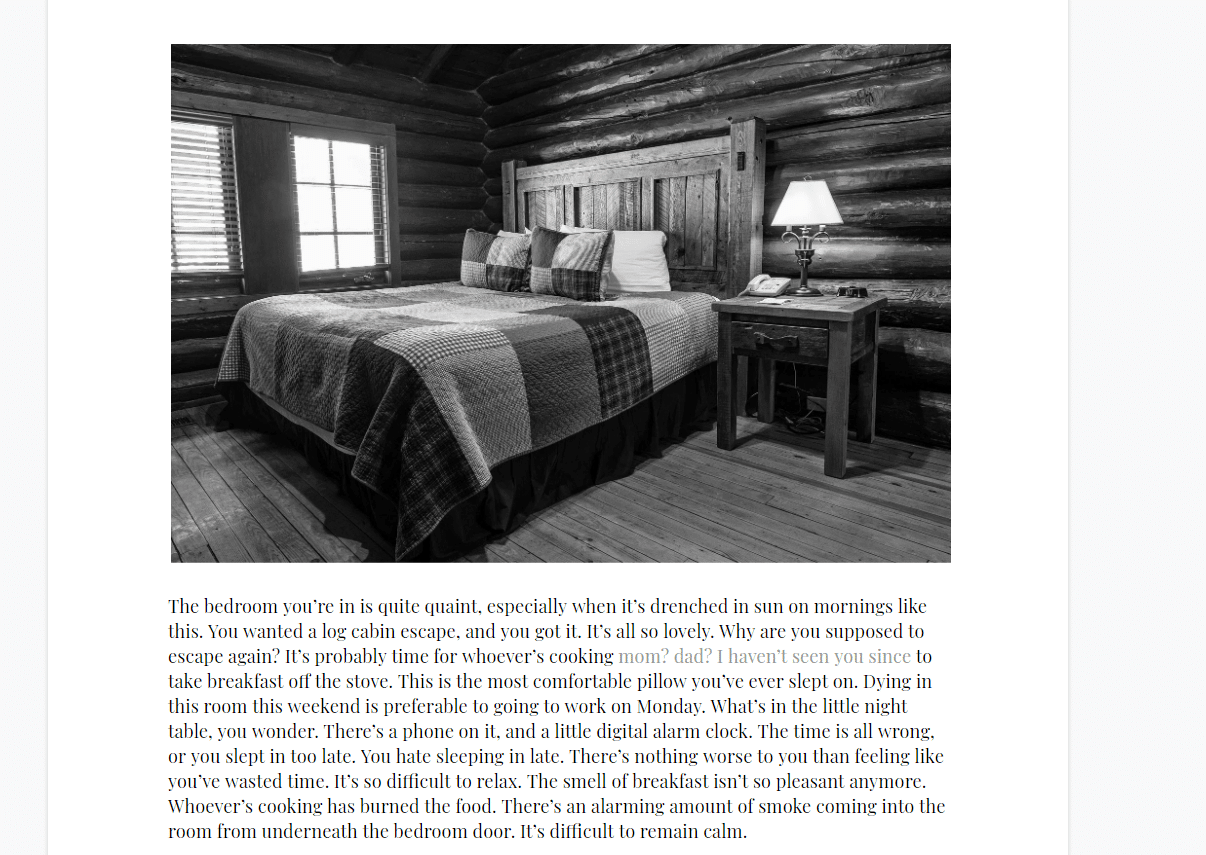 The third part of the adventure game: Escape

A Game, which must be played through Google Docs!

For many who have been forced to spend most of the pandemic working from home, the idea of ​​escaping from a room that has turned into a makeshift office is probably very close. You can make this dream come true with the help of another office tool – the Google Docs package. A series of “quests” on this topic is available in the service, and this week the third part of the game was released.

Anthony Smith’s Escape: A Game is an action-adventure game set in a linked Google Docs series. The player “wakes up” from a mysterious dream in a room filled with smoke, and he needs to get out of there. In each of the parts, the entourage changes, but the general principle remains the same – you need to escape from a mysterious place.

However, it should be noted that Google Docs is not a game engine at all. Following the links requires performing a few mouse clicks, and as you play, the number of open tabs accumulates. This can confuse and also leads to increased consumption of system resources. As The Verge’s journalists point out, when you open a large number of game tabs (when opening cross-prompts or dialing a number on the in-game phone), the laptop starts to experience significant stress. For example, passing the first part takes about one hour and results in 50 tabs being opened in the browser.

Escape: A Game is available for free on Google Docs: Part 1, Part 2, and Part 3.