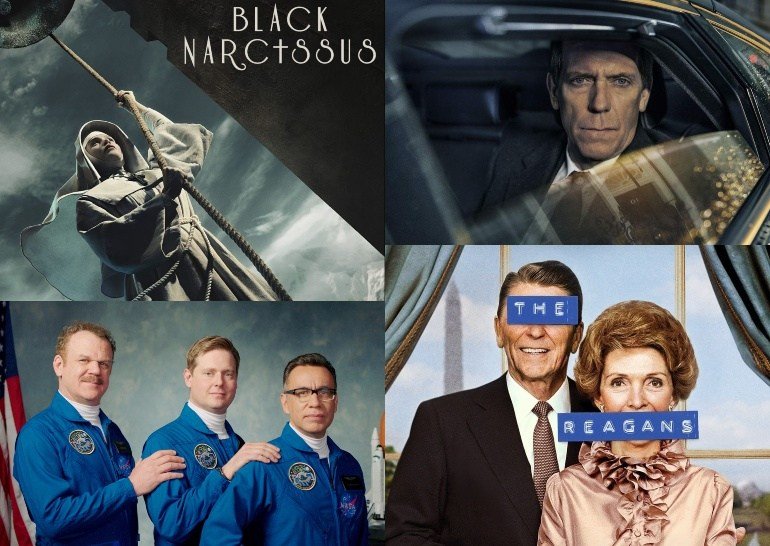 The most interesting new series of November 2020

Most of the TV premieres of the season are released in the first months of autumn, in September and October, however, at the end of the year we also have some interesting new products. Here’s what to look out for in November.

British political miniseries starring Hugh “Dr. House” Laurie as the fast-moving Conservative minister. And although in his personal life and past not everything is as rosy as it seemed, this cannot stop the ambitious politician. The BBC is good at filming political dramas, and Laurie’s involvement ensures that it’s at least fun.

This HBO / BBC Two co-series follows a group of ambitious young university graduates who have joined a major investment bank in London. Several episodes of the show were produced and directed by Lina Dunham, best known for her work on the series. Girls (HBO), in which she acted as the lead actress, writer, producer and director.

YOU CAN ALSO READ:  Disney pushed Black Widow premiere to May 7, 2021, the first year in 10 years without Marvel films

Hannah Fidel’s TV series based on her own feature film in 2013, tells the story of a schoolteacher who has an affair with a high school student. The show is not based on any of these real stories, its characters are fictional. Kate Mara starred as teacher Claire Wilson.

A four-part documentary directed by Matt Tyrnauer that aims to shed light on some of the secrets of the presidential couple, the Reagans, one of America’s most beloved and most hated couples. This isn’t the first time Showtime has drawn to the figures of Ronald and Nancy Reagan – in 2003, the channel released eponymous television film with James Brolin (Josh Brolin’s father) and Judy Davis in the lead roles.

YOU CAN ALSO READ:  Review of the satirical film Borat Subsequent Moviefilm "Borat 2"

The second film adaptation of the novel of the same name by Rumer Godden, based on which a feature-length film was already shot in 1947. This time it turned out to be a miniseries of three episodes. “Black Narcissus” is the story of several Catholic nuns who traveled to the Himalayas to found a monastery there … and face many worldly temptations. This series was one of the last screen appearances of the magnificent Diana Rigg.

A screen adaptation of the bestselling novel by American writer Chris Bohjalyan, which was produced by Kaley Cuoco, star of The Big Bang Theory. She also played the main female role in the series. In the story, flight attendant Cassie Bowden wakes up in a hotel room in Bangkok after a severe hangover and finds a corpse in her bed. Of course, this is only the beginning of her misadventures.

Young Sheldon – November 5, 2020 (Season 4, CBS)
And while the original The Big Bang Theory ended after 12 seasons back in Spring 2019, several of the show’s heroes continue to live on in Young Sheldon’s spin-off, which has reached its fourth season.

YOU CAN ALSO READ:  Actor Chadwick Boseman (Black Panther in the Marvel films) dies of cancer at age 43

His Dark Materials – November 8, 2020 (Season 2, BBC One, HBO)
A new and more successful attempt at filming Philip Pullman’s Dark Principles has grown into a second season. The role of Lyra Belaqua is played by the star of the film Logan, the talented Daphne Keen.

The Blacklist – November 13, 2020 (Season 8, NBC)
The eighth season of a crime thriller about a naval officer who became a criminal, and then decided to help the FBI catch other criminals in exchange for immunity from prosecution.

The Crown – November 15, 2020 (Season 4, Netflix)
In the fourth season of “Crown” we will talk about the 70s and 80s. last century. This means that Margaret Thatcher, Camilla Parker-Bowles and Princess Diana will appear in the series. The British Prime Minister will be played by the magnificent Gillian Anderson.

SEAL Team – November 25, 2020 (Season 3, CBS)
The third season of the military drama about the SEAL squad. Starring David Boreanaz, star of Bones / Bones. He is also the producer of the show and the director of several episodes.