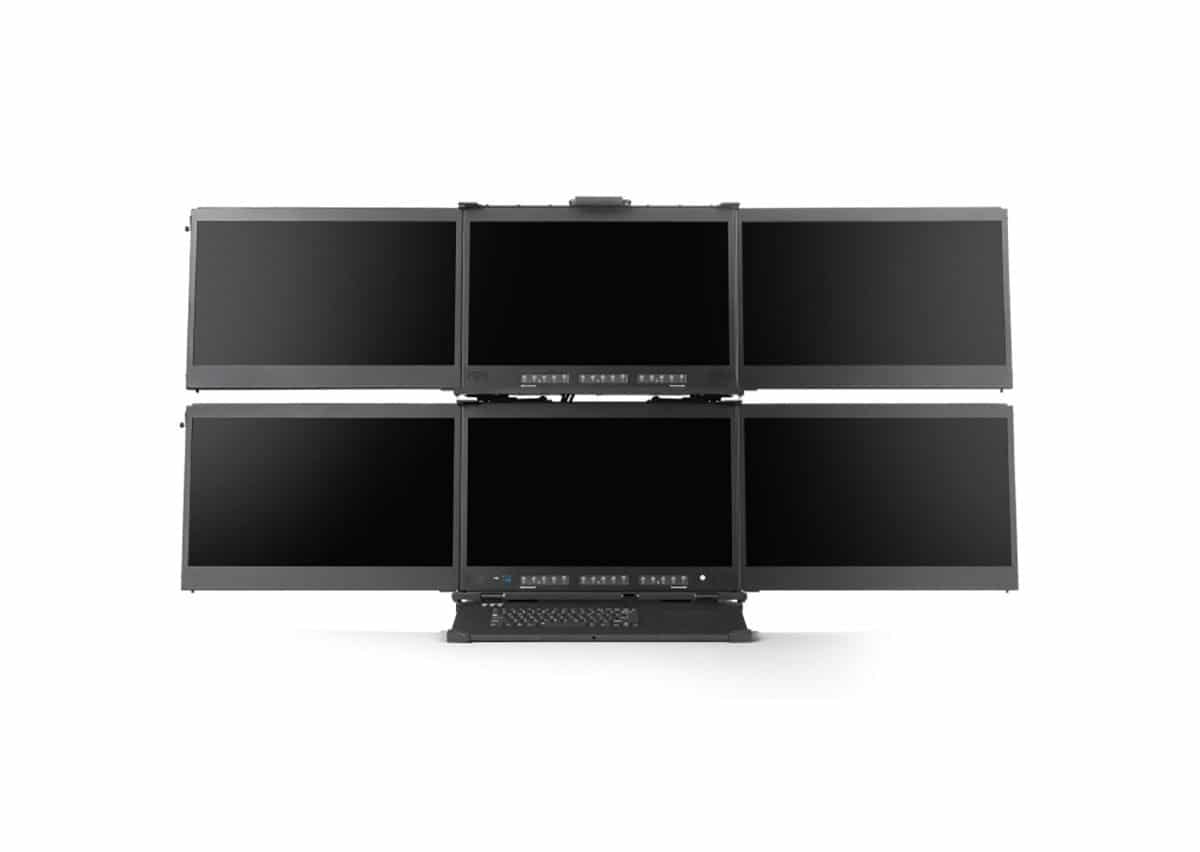 MediaWorkstations, which recently showed a portable workstation in the form of a suitcase with a handle starting at $ 8,000, is preparing for an even more powerful mobile solution. The a-X2P model may already include two AMD EPYC processors (codenamed Rome). 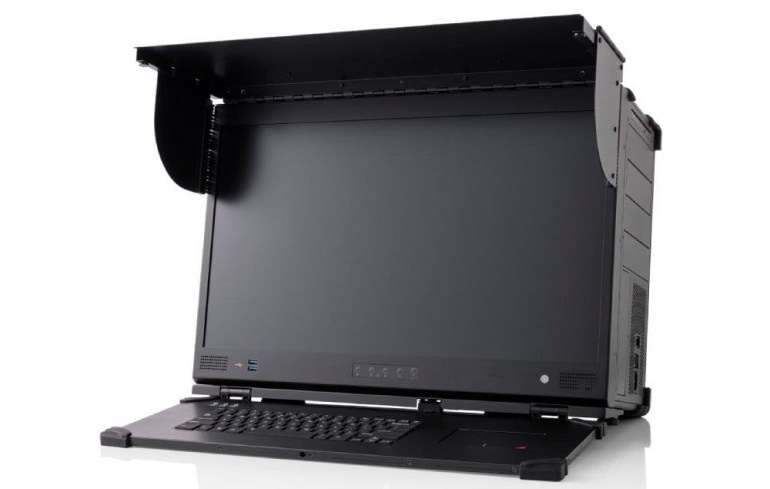 The design of the MediaWorkstations a-X2P model is very similar to the a-XP version. The mobile workstation is designed as a large system unit with a display and a folding keyboard on one side. However, when creating this model, the engineers decided to integrate everything and more into the body. To begin with, the system is based on an SP3 motherboard and provides for the use of two processors. In the basic configuration, these can be 8-core AMD EPYC 7252 chips with a frequency of 3.1 GHz and a TDP of 120 watts. The choice of users is immediately available 13 models of processors. The maximum configuration can already include two AMD EPYC 7742 processors. Each of these chips includes 64 processing cores, 256 MB of cache memory, operates at 2.25 GHz and has a TDP of 225 watts. Thus, with the maximum configuration, the system includes 128 computing cores.

YOU CAN ALSO READ:  Review And Operating Experience Of Notebook: Asus Zenbook 14 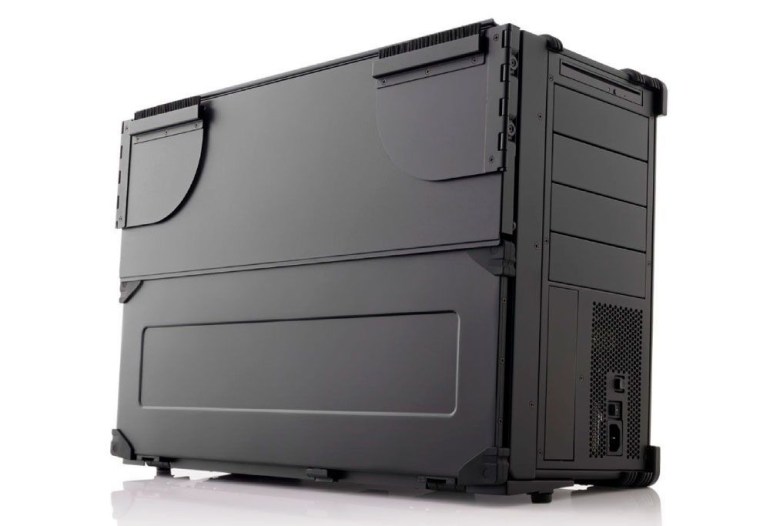 The motherboard used allows you to install up to 4 TB of RAM. But MediaWorkstations decided to limit themselves to “only” 2 TB of RAM in the maximum configuration (64 GB available in the basic version). The MediaWorkstations a-X2P mobile workstation can include up to three drives. The base configuration offers only one 256GB Samsung 970 EVO Plus PCIe SSD, which delivers peak read speeds up to 3500 MB / s and write speeds up to 2300 MB / s. If necessary, the capacity of the main SSD can be increased up to 2 TB. The second drive (SSD only) can have a maximum capacity of up to 2TB. Finally, the third drive is an array that can include up to three HDDs up to 14 TB each, or up to three SSDs up to 15.36 TB each. In the base configuration, a discrete NVIDIA GeForce RTX 2060 Super graphics card is installed. Also, users can choose from more productive solutions, including professional accelerators of the Quadro or Tesla lines, which can be installed in up to two devices.

YOU CAN ALSO READ:  Electric pickup GMC Hummer EV will receive an interface based on the game engine Unreal Engine 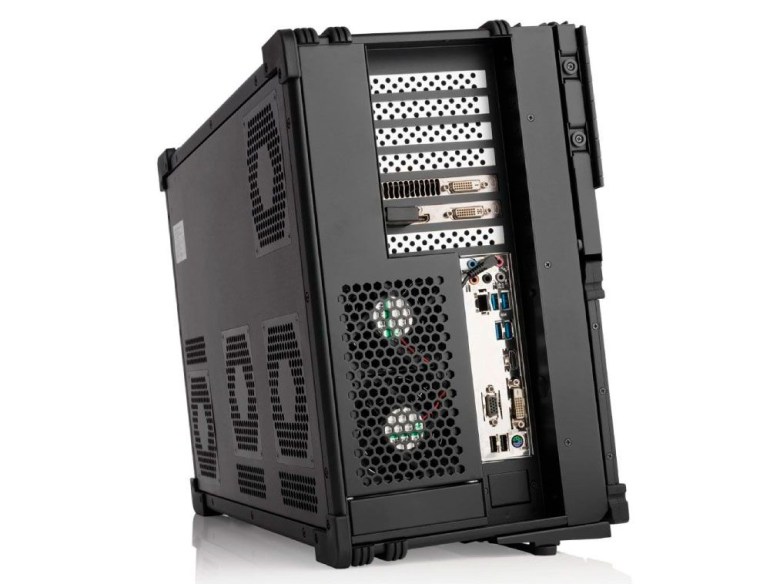 Finally, the mobile workstation can be equipped with displays in various configurations. Users are offered up to six 24-inch displays. These can be models with Full HD or 4K resolutions. Depending on the selected components, the weight of such a “portable” workstation can be approximately 18 to 23 kg. 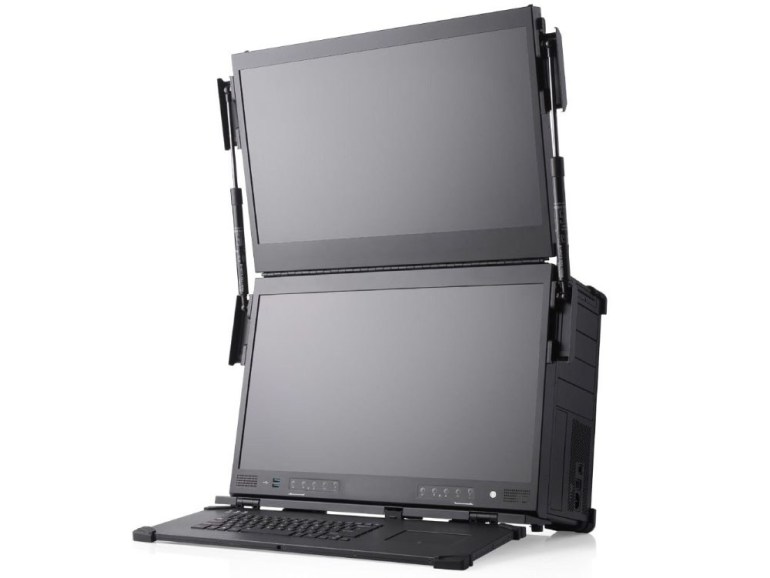 The basic configuration (2 EPYC 7742 processors, 64 GB of RAM, a Samsung 970 Evo Plus SSD with a capacity of 250 GB, a GeForce RTX 2060 Super video card and one Full HD display) is estimated at $ 9897. The price of the maximum configuration exceeds $ 100 thousand. At the same time, a 2 TB RAM array alone costs about $ 27 thousand. You can study various configuration options in more detail at manufacturer’s website…