Every year, the same situation repeats itself: thanks to the common efforts of Valve fans, the prize pool of The International, the largest Dota 2 competition and one of the most important events in the world of esports, sets new records. And this year was no exception: there are still a few weeks left until the end of the training camp, and the total prize money has already exceeded the $ 34.3 million mark. This is a new absolute record in the history of esports. The previous one, by the way, belonged to The International 2019.

As in previous years, Valve itself has allocated $ 1.6 million, and further content depends on the Dota 2 players.Battle Pass»Worth $ 10 or levels to it, they sponsor the tournament. Each Battle Pass purchased is + $ 2.50 to the general piggy bank.

The announced amount was collected in 92 days, while last year the milestone of $ 34.3 million was passed in 111 days. That is, as a result, the prize fund of The International 2021 may well reach $ 35 million.

YOU CAN ALSO READ:  Developer Halide: Apple's new ProRAW format is a slightly improved DNG that has been around since 2004 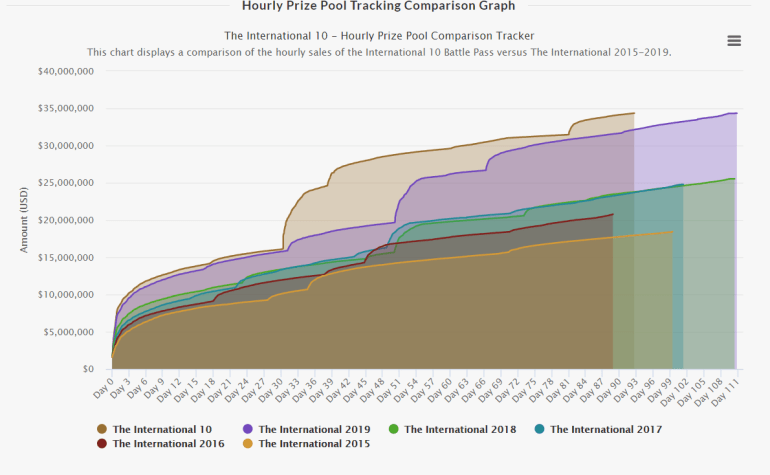 This year, Stockholm, the capital of Sweden, was to host The International 2020 in August. It was originally planned that it will take place from 18 to 23 August, but in May 2020, the organizers postponed it indefinitely due to the pandemic. So far, Valve hasn’t made any updates. The status of Kiev’s application for hosting The International 2021 tournament also remains unknown, which is not surprising given the current state of affairs.

YOU CAN ALSO READ:  Better late than never: Firefox finally has a traditional gesture zoom feature
0