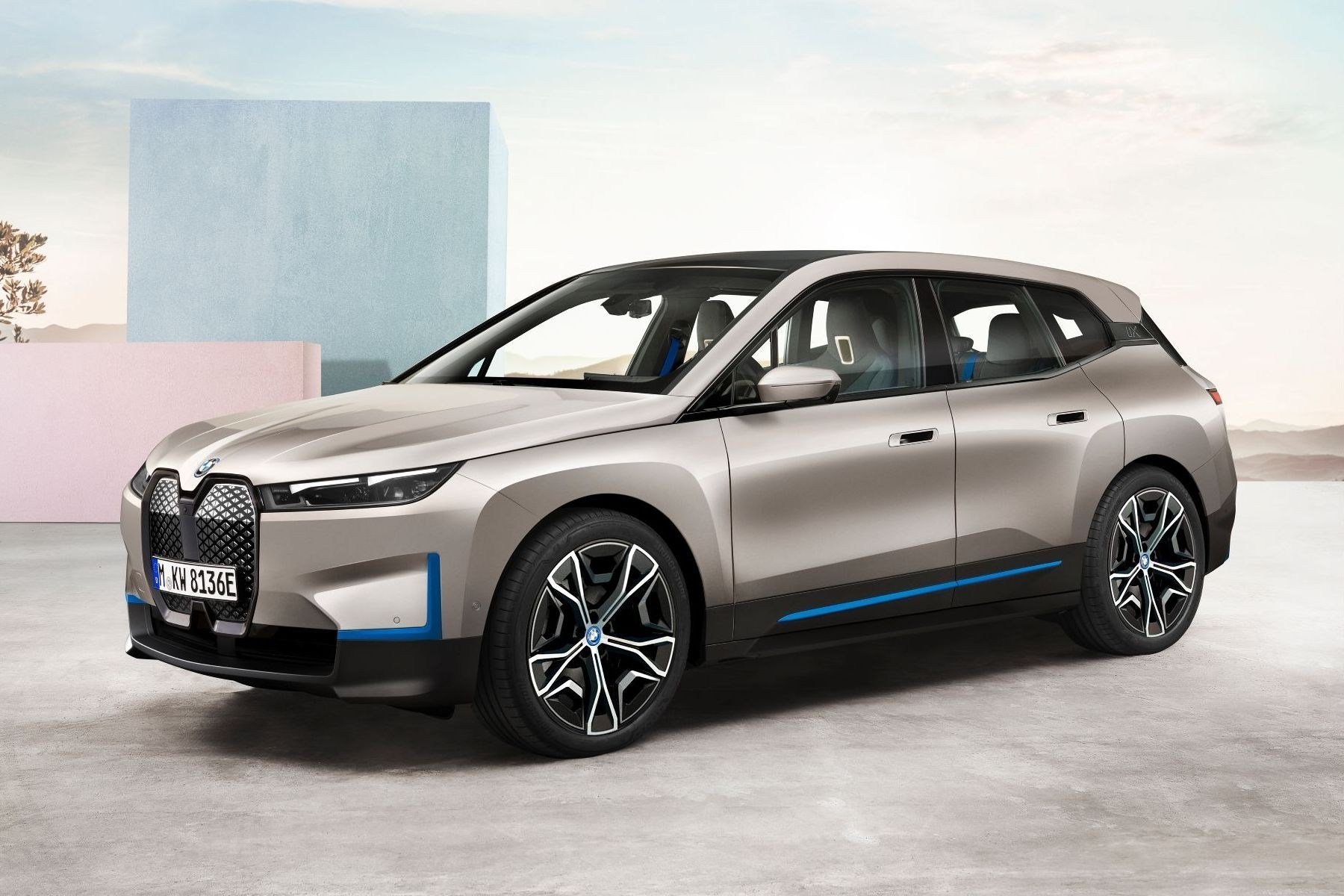 As promised, the German automaker has officially unveiled the new production flagship BMW iX electric crossover based on the 2018 BMW Vision iNEXT concept. Serial production of the model will start in the second half of next year in Dingolfing (Germany), so that pretty soon this electric car can be seen on the roads of Europe.

The electric vehicle is based on the automaker’s new modular platform using fifth-generation BMW eDrive technology. The BMW iX is equipped with two electric motors on the front and rear axles with a total output of 500 hp. / 370 kW. That’s enough to get the large crossover up to 100 km / h in less than 5 seconds.

The battery capacity in the floor is 100 kWh. At the same time, the minimum energy consumption (about 21 kWh per 100 km) allows for a range of 600 km in the WLTP measuring cycle or 300 miles (480 km) in the EPA measuring cycle. The electric BMW iX supports high-speed charging at 200 kW, at such stations the battery can be charged from 10% to 80% in less than 40 minutes. If there is a lack of time, an electric car can add a range of 120 km in just 10 minutes of charging. A full charge from 0% to 100% takes about 11 hours from the 11 kW Wallbox home charging station.

YOU CAN ALSO READ:  Volkswagen may launch a $ 24,000 compact electric car

The length and width of the BMW iX is comparable to the BMW X5 crossover, the height and roofline are reminiscent of the BMW X6, and the wheel size is the same as the BMW X7. The design has several nice little things like retractable handles and frameless glass doors, and the drag coefficient is only 0.25 (Cd).

A transparent “radiator grill” was used to house a set of cameras, sensors and radars behind it, which are used for the autonomous movement system. The electronic filing of the BMW iX is as advanced as possible; it supports 5G and is capable of processing twice as much data from various sensors and vehicle sensors as it was before.

The driver gets a hexagonal steering wheel, a large curved display BMW Curved Display and a head-up HUD display, while the system works based on a new version of the proprietary BMW OS. The interior uses natural and recyclable materials.

YOU CAN ALSO READ:  British company Lunaz will build 30 electric vehicles based on classic Rolls-Royce Silver Clouds and Phantoms at a price of $ 500,000 and above

The cost of the BMW iX electric crossover will be announced closer to the market launch date, which will take place in 2021.