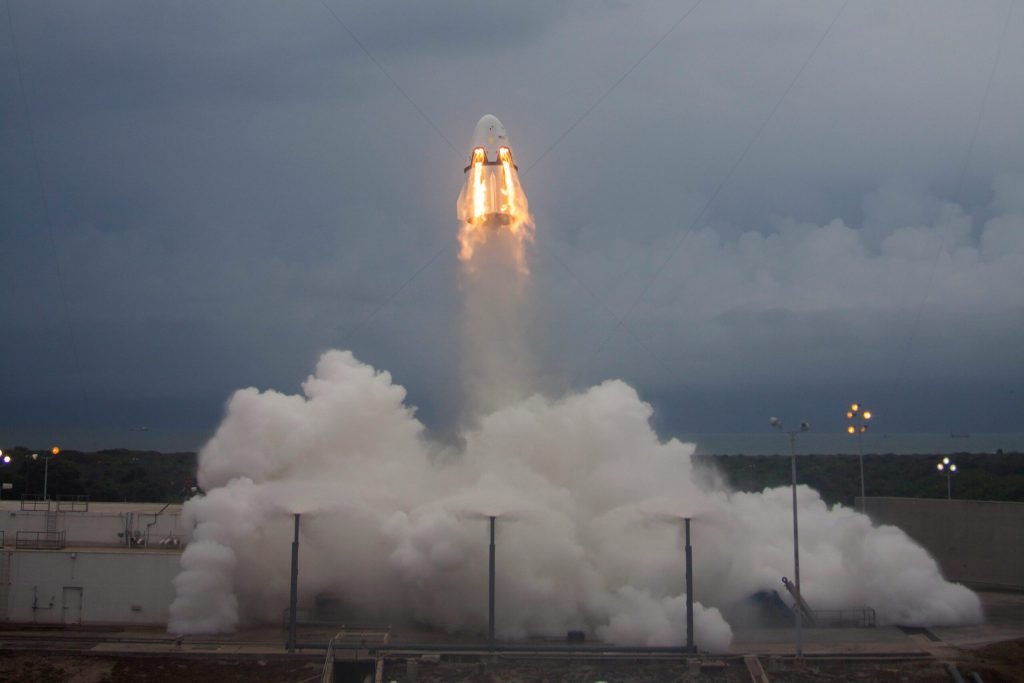 NASA sets new date for crew change mission ISS Crew-1, also known as USCV-1 (US Crew Vehicle 1), is the launch of a Falcon 9 rocket with the Crew Dragon (C207 Resilience) spacecraft, which will mark the transition to full operation of SpaceX. scheduled for November 14…

Recall that this launch was originally scheduled for October 31, but in mid-October NASA decided to postpone the mission in connection with the investigation of the problem with the turbo pump of one of the engines of the first stage of the Falcon 9 rocket when trying to launch the GPS III-04 satellite.

Last week, in an update on the Crew-1 mission, NASA’s deputy director for space exploration and human flight, Katie Luders, announced that SpaceX will replace one Merlin 1D engine (nine in total) with a Falcon 9 for Crew-1. … To ensure the Falcon 9 is reliable and free from security threats, NASA also intends to oversee the launch of the Sentinel-6 Michael Freilich satellite to study the world sea level, which will take place four days before Crew-1.

“Together with SpaceX, we have made significant progress in engine testing to better understand the reasons for the abnormal behavior of the turbo pump observed during a recent attempt to launch a non-NASA mission. [ред. – речь о мисиии GPS III SV04]… It is too early to report the results as SpaceX continues testing to confirm what it believes is the most likely cause of engine deviations. ”

Crew-1 is one of six planned SpaceX missions to send humans to the ISS as part of ongoing contact with NASA and its Commercial Crew Program, which aims to support commercial space transport companies. This is Crew Dragon’s first operational flight since SpaceX’s first Demo-2 manned demonstration mission.

YOU CAN ALSO READ:  A robot dog from Boston Dynamics surveyed the location of the disposal of radioactive waste in Chernobyl. The data collected by him will allow updating maps of distribution of radiation pollution

Crew composition of Crew-1 was announced Back in July, three NASA astronauts (Michael Hopkins, Victor Glover and Shannon Walker) and a JAXA astronaut (Soichi Noguchi) will go to the ISS. They will join the ISS-64 expedition. The duration of this mission will be 210 days.

How the Crew-1 will fly will determine the reuse of the Crew Dragon ships and the first stages of the Falcon for manned missions under the Commercial Crew Program. It was expected that the C206 Endeavor will be used in a future mission Crew-2, scheduled for spring 2021.

Elon Musk’s company has been using the already flown ships and the first stages of the Falcon 9 rocket for a long time to deliver cargo under the Commercial Resupply Services contract (in December 2017, as part of the CRS-13 mission, the first launch took place, in which the launch vehicle and the ship were reused simultaneously – at most SpaceX launched the same ship three times).

YOU CAN ALSO READ:  MIT researchers came up with how Dr. Spot can help diagnose COVID-19
0