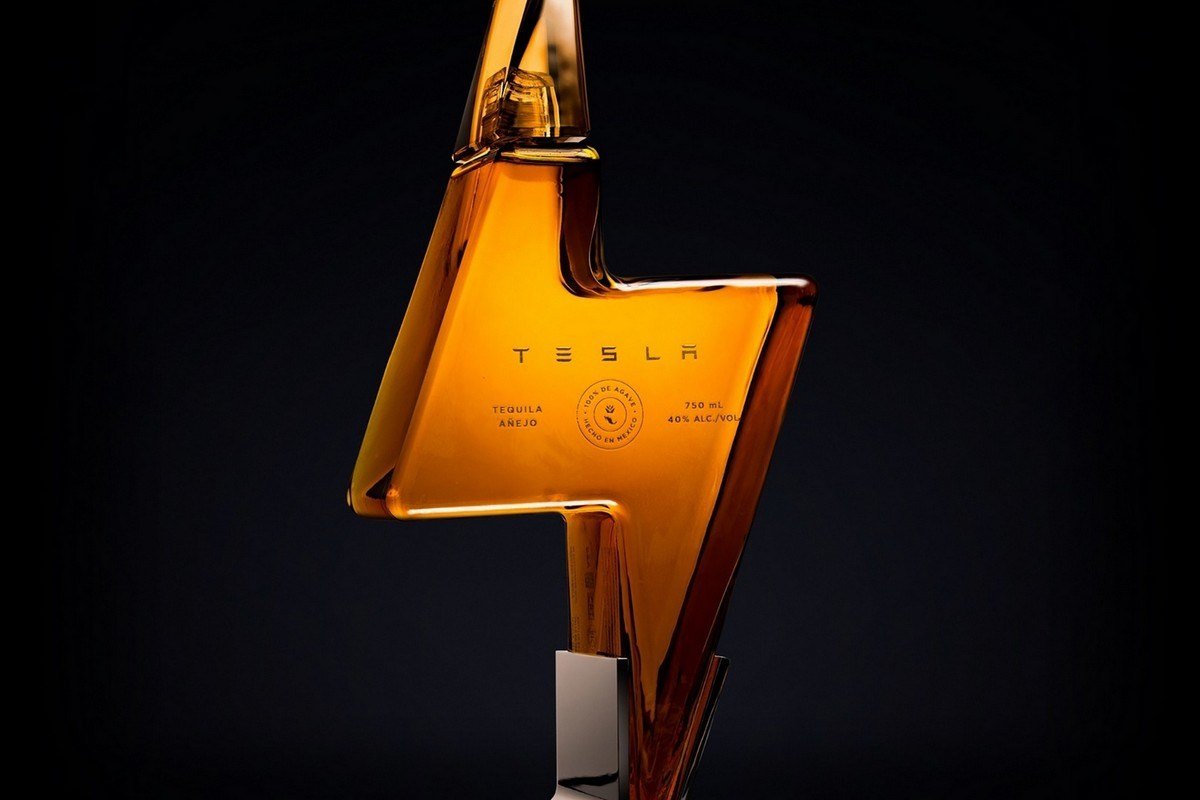 Sales ended with Tesla branded tequila, before they could really start – the first batch was sold out in a few hours, despite the rather high price ($ 250 per bottle) and the limitation of no more than two bottles per hand.

On November 5, the assortment of branded products from the Tesla online store was replenished with tequila – an alcoholic drink offered in a 0.75-liter bottle stylized as an electric lightning at a price of $ 250.

Tesla Tequila is another (remembering red satin shorts) Elon Musk’s mockery of spiteful critics who are skeptical about the automaker’s prospects and tirelessly predict bankruptcy. The story begins in 2018 during the “production hell” with Model 3 – on April 1, Musk posted a series of comic tweets. In one, he wrote, “despite numerous attempts to raise funding, including the most desperate one with a massive Easter egg sale,” Tesla went “complete bankruptcy.” To another tweet, he attached a photo of himself, in which he is leaning on a Model 3, with a sign “bankwupt!”

Elon was found passed out against a Tesla Model 3, surrounded by “Teslaquilla” bottles, the tracks of dried tears still visible on his cheeks.

This is not a forward-looking statement, because, obviously, what’s the point?

“Elon was found unconscious near a Tesla Model 3 surrounded by Teslakila bottles with tears still visible on his cheeks.”

Then everyone laughed and forgot, but in October Tesla registered the Teslaquila trademark with the US Patent and Trademark Office (USPTO), and Musk confirmed the imminent release of tequila by publishing a photo of the branded bottle with a label in the appropriate style. But the regulator Tequila Regulatory Council in Mexico (CRT) pointed out the company to the wrong labeling (according to the set of standards Consejo Regulador del Tequila, the drink is made by distilling fermented blue agave juice strictly in the 5 states of Mexico). Then the regulator said that if Tesla plans to produce tequila, “it needs to enter into an agreement with an authorized tequila manufacturer, comply with certain standards and request permission from the Industrial Property Institute of Mexico.”

And now, two years later, Teslakila has become a real product – the Californian brand Nosotros Tequila is the partner and actual producers of the drink. As the description suggests, this is “an exclusive premium small-scale Anejo tequila made from 100% blue agave juice.” Typically, Añejo tequila is aged in oak barrels for one to three years, but Tesla Tequila is aged 15 months. 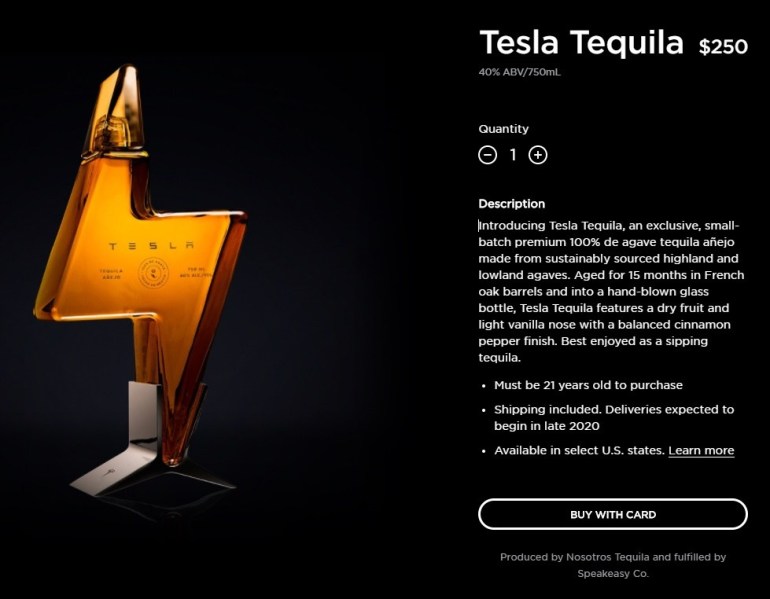 As noted above, the first batch of Tesla Tequila was completely sold out in a couple of hours (its size is unknown). Tesla promises to ship orders to customers by the end of the year. Whether fresh deliveries of Tesla tequila are planned and when, is not specified.

In general, the founder of Tesla and SpaceX, Elon Musk, has always been famous for his ability to make money on merchandise – remember at the time The Boring Company Flamethrower flamethrowers and bricks from the rock mined when creating tunnels and the abundance of Tesla branded products from portable batteries and wireless chargers Tesla Wireless Charger to Surfboard Series.

YOU CAN ALSO READ:  Content Equivalent Apple Music - How to Fix? 3 Easy Steps
0