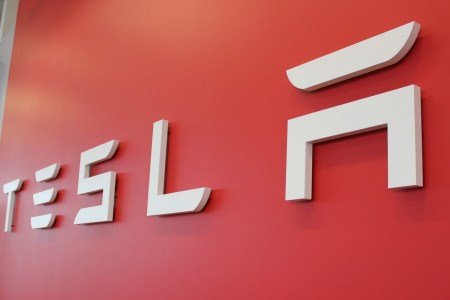 Tesla shares for the first time in history exceeded $ 2,000. Over the year, the company has risen in price almost tenfold

On August 11, Tesla’s board of directors approved a five-to-one share split, after which the price of the famous American electric car manufacturer went up sharply. And yesterday, another significant milestone of $ 2,000 was passed (more precisely, following the trading session on the NASDAQ exchange on August 20, the Tesla share price increased by 6.56%, reaching $ 2,001.83). This is a new all-time record for Tesla.

As a result of a new leap in the course, Tesla’s market capitalization reached $ 373.06 billion, which allowed the leader to break even further from the rest of the car companies – the capitalization of the closest rival Toyota is $ 219.04 billion. The most expensive American company Apple with its $ 2 trillion Tesla is still a long way off, but At this rate, Elon Musk’s company can catch up with the tech giant relatively quickly. 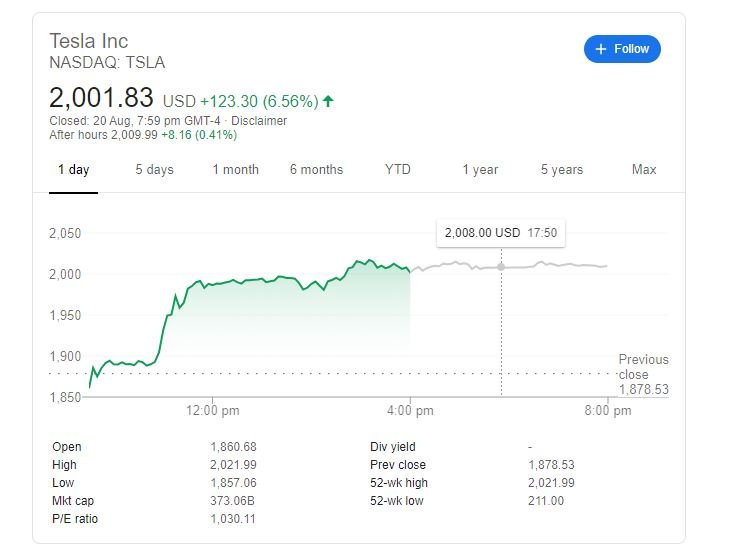 At the same time, the fortune of the founder and head of Tesla, Elon Musk, increased by $ 5.18 billion, to $ 95.2 billion, and he climbed to fourth place in rating billionaires according to Bloomberg. 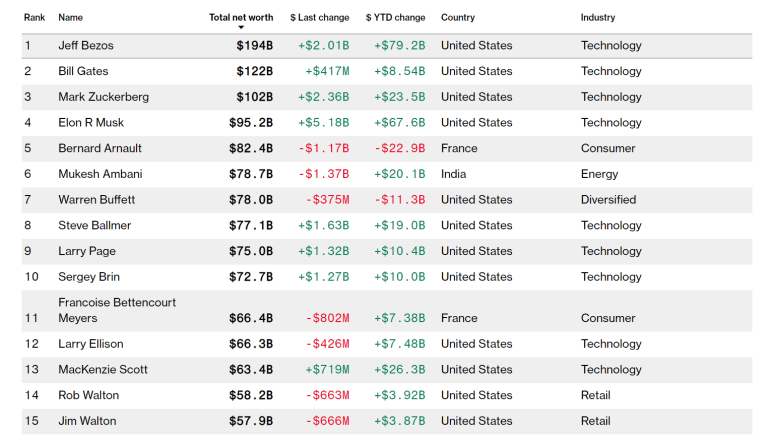 Tesla has gained 40% since the stock split was announced on Aug. 11, without any other significant catalysts. By comparison, Apple, which announced a stock split two weeks before Tesla, has risen 20% since the stock split was announced. In fact, Tesla’s stock price has been steadily growing at a high rate over the past three months, despite the absence of any major new product announcements. On the other hand, the current success of the manufacturer, which is rapidly increasing the rate of sales and building new plants – all this does not go unnoticed by investors and is reflected in the value of its securities.

Tesla reported a fourth-quarter profit last month of $ 104 million versus $ 408 million in net loss a year ago and a modest $ 16 million in the first quarter of 2020. Now it can be included in the rating of the 500 largest US companies S & P500, and this is how notes NYT may be of interest to new large investors.

Another possible reason is the slow-burning of short positions, as more and more short sellers (holders of short positions on the exchange who borrow stock from brokers and sell them to buy at a lower price and profit from a falling company value) refuse to contact with Tesla. I mean, yes, it looks like Musk finally beat the short-sellers.

Igor Dushanivsky, managing director of S3 Partners and exchange expert, said in one of his tweets that over the past 30 days, short-sellers have lost more than 2 million shares.

The split of Tesla shares will take place on August 28, 2020: at the end of the trading day, each shareholder will receive four additional shares for each security in circulation on August 21, and on August 31, trading will begin taking into account the split. It looks like we jumped to conclusions when we said that recent forecast investment firm Piper Sandler with Tesla’s stock price hike to an impressive $ 2,322 is not destined to come true. After the split, Tesla’s share price will decrease by five times and may return to the same level of $ 420.