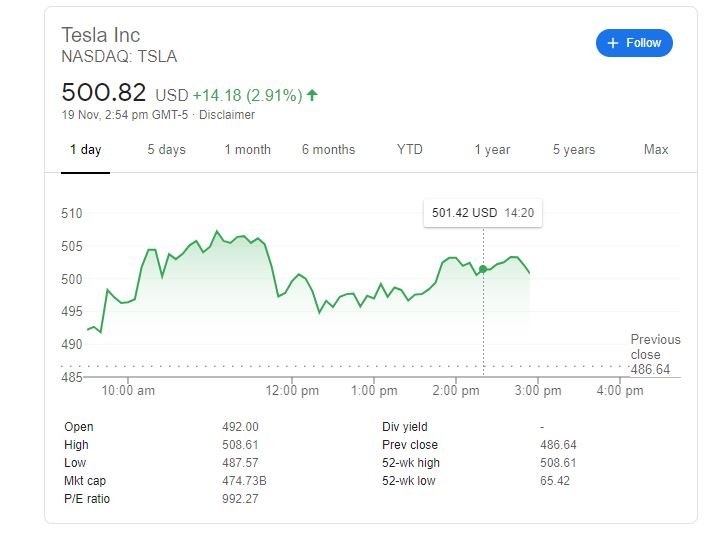 The entire company has a market cap of over $ 474.71 billion and remains the most valuable public company in the automotive market.

Tesla shares began to rise in price after the S&P Dow Jones Indices Committee announced on November 16 about its intention to include the famous electric car manufacturer Tesla in the S&P 500 rating (Elon Musk’s company will appear the publication of a fresh edition on December 21). The rate continued to rise amid rumors that the chairman of the board of directors of Berkshire Hathaway and one of the richest people in the world, Warren Buffett, wants to buy a stake in Tesla – he allegedly intends to invest $ 11 billion.

YOU CAN ALSO READ:  Elon Musk promised a 1,000 km range for the Tesla Semi serial tractor and confirmed his intention to release a hatchback in Europe

At the same time, the fortune of the founder and head of Tesla, Elon Musk, who owns about a fifth of all shares in the company (which forms the bulk of his fortune), increased by $ 10.2 billion, to $ 92.4 billion, and he climbed to third place in rating billionaires according to Bloomberg, displacing Facebook founder Mark Zuckerberg.