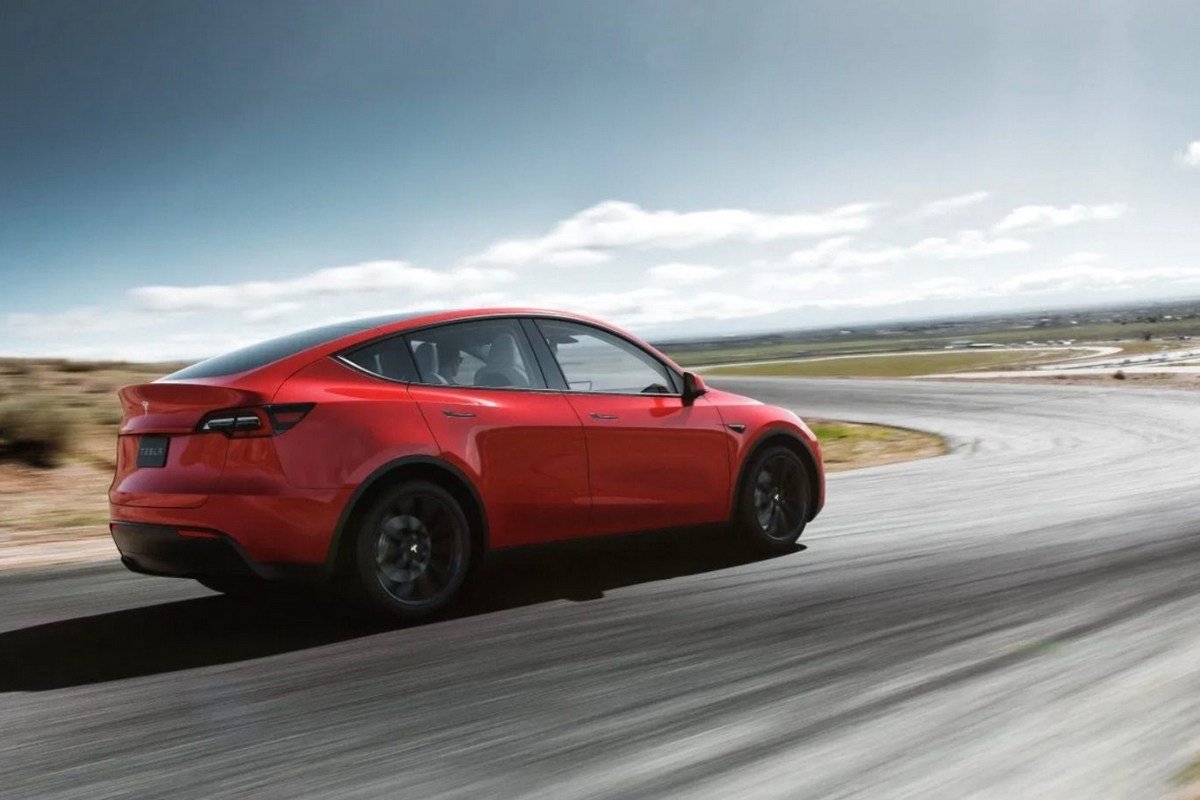 Tesla offered a firmware update to speed up Model Y Dual Motor AWD by 0.5 sec. – for an additional payment of $ 2 thousand

Tesla is often called the Apple of the world of cars for a reason – their approaches to doing business are very similar. Tesla recently launched a new option called Acceleration Boost for the Tesla Model Y Dual Motor AWD – by paying $ 2,000, you can reduce the acceleration time to “hundreds” by half a second (from 4.8 to 4.3 s).

Several years ago Tesla began to programmatically limit some of the capabilities of its cars (reducing the battery capacity from 75 kWh to 60 kWh, limiting engine power, etc.), offering owners to unlock them under the guise of advanced features for an additional fee. Since last year, Tesla has begun offering unlocking of new features directly through the mobile app – this is how the Model 3 Dual Motor owners received the Acceleration Boost $ 2,000 last December. Now a similar option has become available to owners of the Tesla Model Y version of the Dual Motor AWD. The corresponding notification about the availability of the setting appeared in the updates section of the Tesla proprietary application. 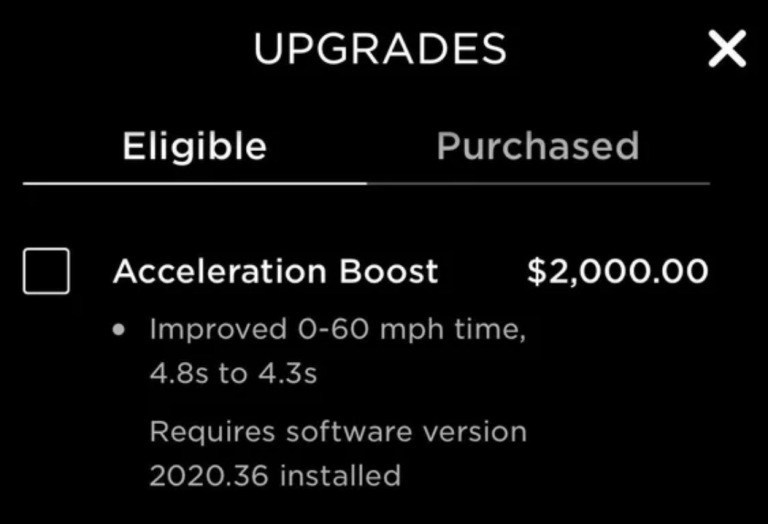 Tesla claims the update will improve the Model Y Dual Motor AWD’s acceleration time from 0 to 100 km / h from 4.8 seconds to 4.3 seconds. The update requires firmware version 2020.36 to be installed.

In fact, this hidden overclocking potential was present from the very beginning, but Tesla programmatically slowed down the Model Y Dual Motor AWD to highlight the Performance variant, which could accelerate to 100 in 3.5 seconds. The Performance version is $ 10K more expensive, but it also has a higher top speed, larger wheels, lowered suspension and reinforced brakes.

The Acceleration Boost option for the Tesla Model Y Dual Motor AWD is a compromise to better take advantage of the car’s powerful drivetrain without all the other upgrades that come with the Performance version.

So far, some have tried to lift restrictions by hacking Tesla’s security – hackers are constantly looking for new loopholes. (and find), and Tesla closes them…

YOU CAN ALSO READ:  UK to ban Huawei 5G equipment from September 2021
0