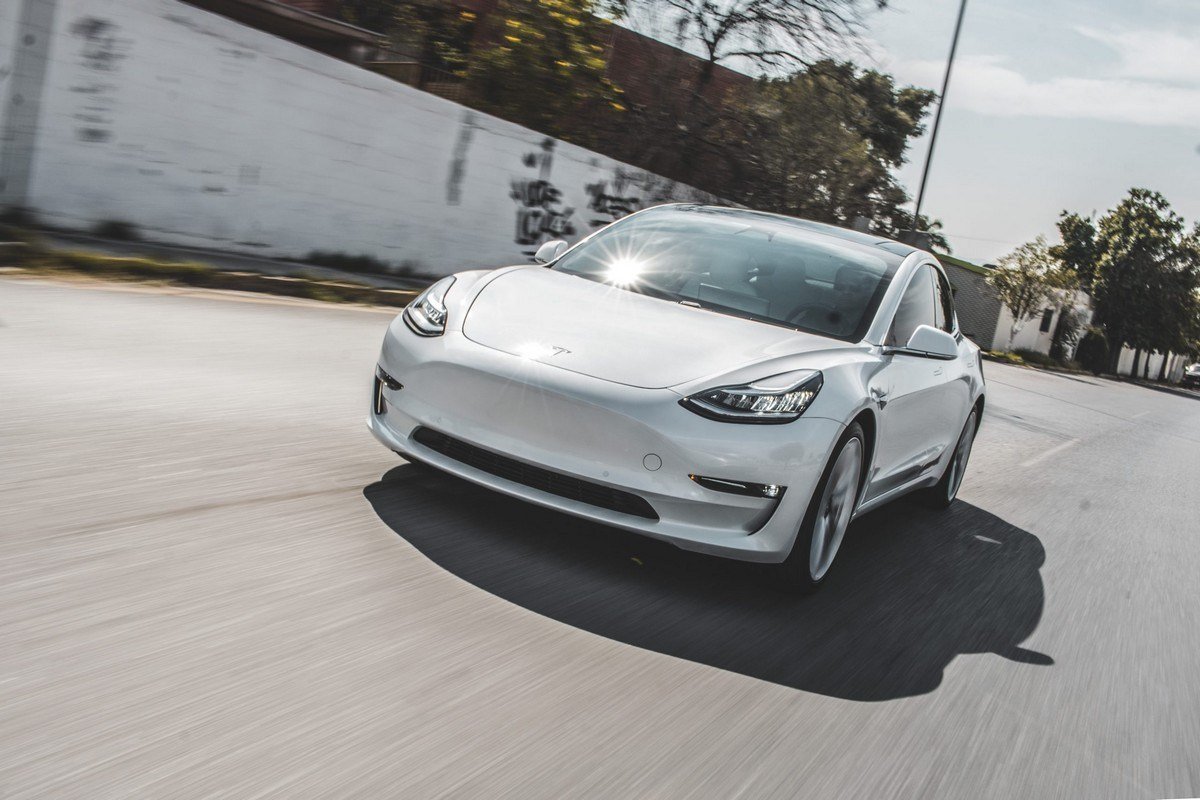 It’s no secret that the majority of Tesla’s total car sales are Model 3 junior sedans, sharing the same platform with the latest Model Y crossovers.In the United States and China, Tesla junior sedan has long been the undisputed market leader, and now Model 3 has come out on top in sales. and in Europe. It is especially noteworthy that this was achieved without a European plant.

As reported EV Sales BlogTesla Model 3 sales in Europe totaled 7,020 units in August. This turned out to be enough to take first place by a significant margin. The previous leader – Renault ZOE – took the second place with the result of 6183 units. The top five also included the Ford Kuga PHEV, Hyundai Kona EV and Mercedes A250e – 5,055, 4,054 and 3,505, respectively.

The dominance of Model 3 in the European market is impressive, given that Tesla does not yet have an active manufacturing facility on the continent – the Gigafactory 4 in Berlin, which is currently standing, will only start working in 2021 and the Model Y assembly line will be put into operation first. Tesla is now importing to Europe. Model 3, which are assembled at the company’s main American plant in Fremont, which is accordingly reflected in the final price of the car. In the US, the price of the Model 3 Standard Range + starts at $ 37,990, while in Europe, after all duties have been paid, the price of this configuration rises to $ 49,840. 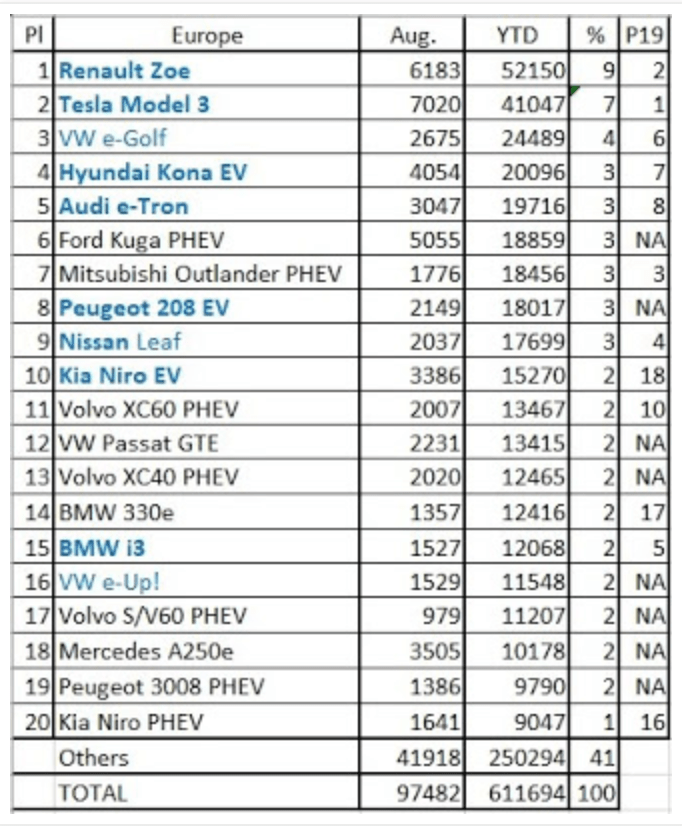 On the other hand, sales of imported Tesla Model 3s are nearly double that of Volkswagen e-Golfs assembled in Germany. The Tesla Model 3 also more than doubles the Audi e-Tron with around 20,000. The Model 3 accounts for 7% of all electric vehicle sales in Europe since the beginning of the year, while the Renault Zoe share is 9%.

YOU CAN ALSO READ:  Nissan put 500 thousand Nissan Leaf electric vehicles on the market, the anniversary copy was sold in Norway
0