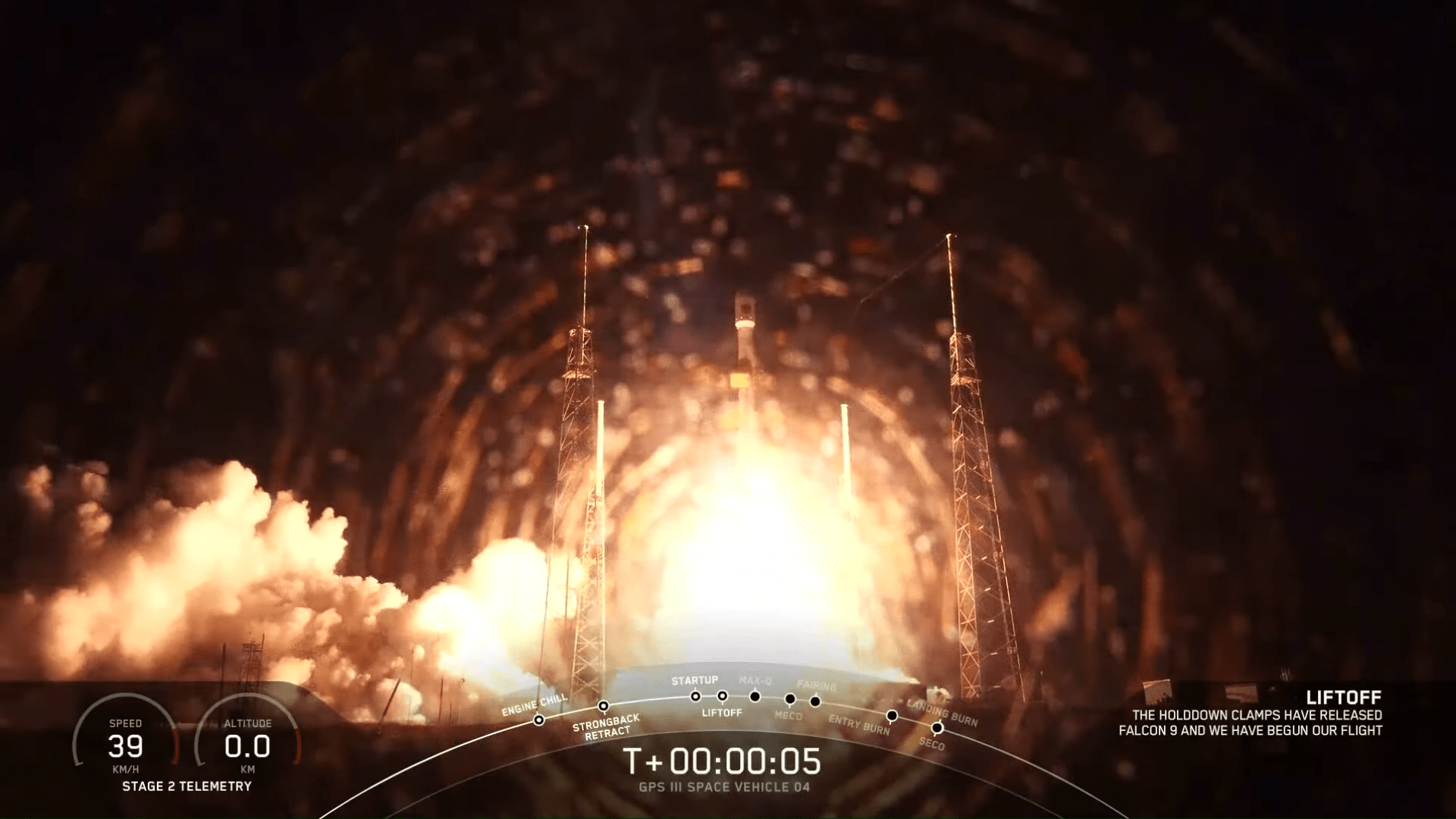 SpaceX has placed a GPS III-04 satellite into orbit for the US Space Force, the next mission is the first operational flight of Crew Dragon (Crew-1) to the ISS

On the night of November 6, SpaceX conducted another successful launch of the Falcon 9 launch vehicle. The rocket injected into orbit the GPS III-04 satellite for the US Space Force, while confirming the next important launch – the first operational flight of Crew Dragon (Crew-1 ) to the ISS. Normally, sand the launch could be observed in live broadcast on the SpaceX YouTube channel.

Initially, GPS III-04 (Sacagawea) was planned to launch in early October, but for the first time the launch was canceled two seconds before the scheduled launch due to an anomaly – two (out of nine) engines started prematurely. The engineers carefully examined the engines and found a red varnish in the safety valves of both engines, blocking their normal operation. This varnish is used to protect engine components during anodizing and is subsequently removed completely. SpaceX has already tested all engines in its fleet, discarding potentially problematic ones. SpaceX also said it is working with the supplier to resolve the issue, pledging to more thoroughly test all equipment. In connection with the investigation of this problem, the Crew-1 mission was postponed, marking the transition to full-fledged operation of the SpaceX vehicle. Today’s launch gives the green light to the upcoming Crew-1 flight to the ISS, scheduled for November 14th.

YOU CAN ALSO READ:  Samsung has announced the Galaxy Z Fold2

The Falcon 9 rocket with the GPS III-04 satellite was launched from the SLC-40 site at Cape Canaveral on November 6 at 01:25 Kiev time.

According to the already worked out scheme, after two and a half minutes the first stage (a completely new stage was used for this mission) separated, and in the ninth minute after launch, it landed

The second stage continued to operate and successfully delivered the satellite to its planned orbit, after which it successfully deployed the solar panels and headed into the working orbit.

GPS III-04 is the fourth third generation global positioning system satellite. The first GPS III satellite was launched into orbit on December 23, 2018 by SpaceX’s Falcon 9 rocket – Elon Musk’s company won the tender to launch five of the first six vehicles of this type.

Ultimately, the third-generation global positioning orbital constellation will consist of 32 Block III vehicles. They will gradually replace the outdated satellites that currently provide GPS signals around the world.

The satellites of the third generation Global Positioning System (GPS III) are distinguished by noise immunity, increased accuracy (positioning accuracy up to 1 m instead of 3 m) and are more maneuverable. Lockheed Martin is developing new satellites. The cost of one device is estimated at $ 577 million. The estimated service life is 15 years.