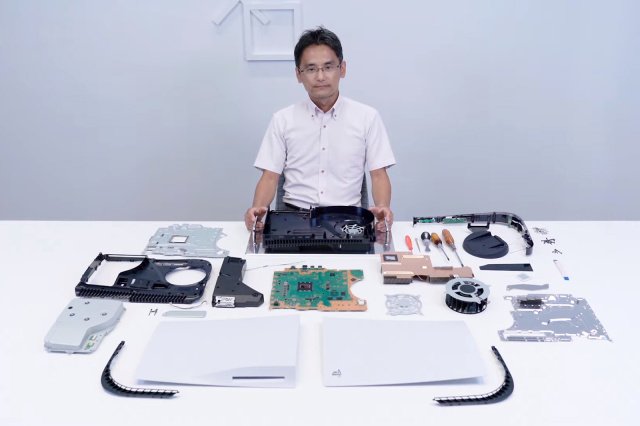 Sony showed the process of disassembling the PlayStation 5

Sony took a lesson from some reviewers and independently demonstrated the process of disassembling the new PlayStation 5 console.

As you can see in the 7 minute clip above, getting to the internal components is easy. First off, Yasuhiro Otori, Sony’s CTO, showed you how to reposition the stand if you plan to use the PlayStation 5 horizontally.

Further, the disassembly of the console has already gone directly. The cooling system is of particular interest. It consists of a 120mm fan that blows hot air from both sides of the console and a large radiator. Liquid metal is used as a thermal interface for AMD’s eight-core CPU.

It also became apparent that you should have no problem adding another SSD. This requires removing the curved outer panels and installing a PCIe 4.0 M.2 drive. But the main drive is soldered to the motherboard.

In addition, you can see 16GB of soldered GDDR6 memory, a custom SSD controller and a 350W power supply that is hidden inside the case.