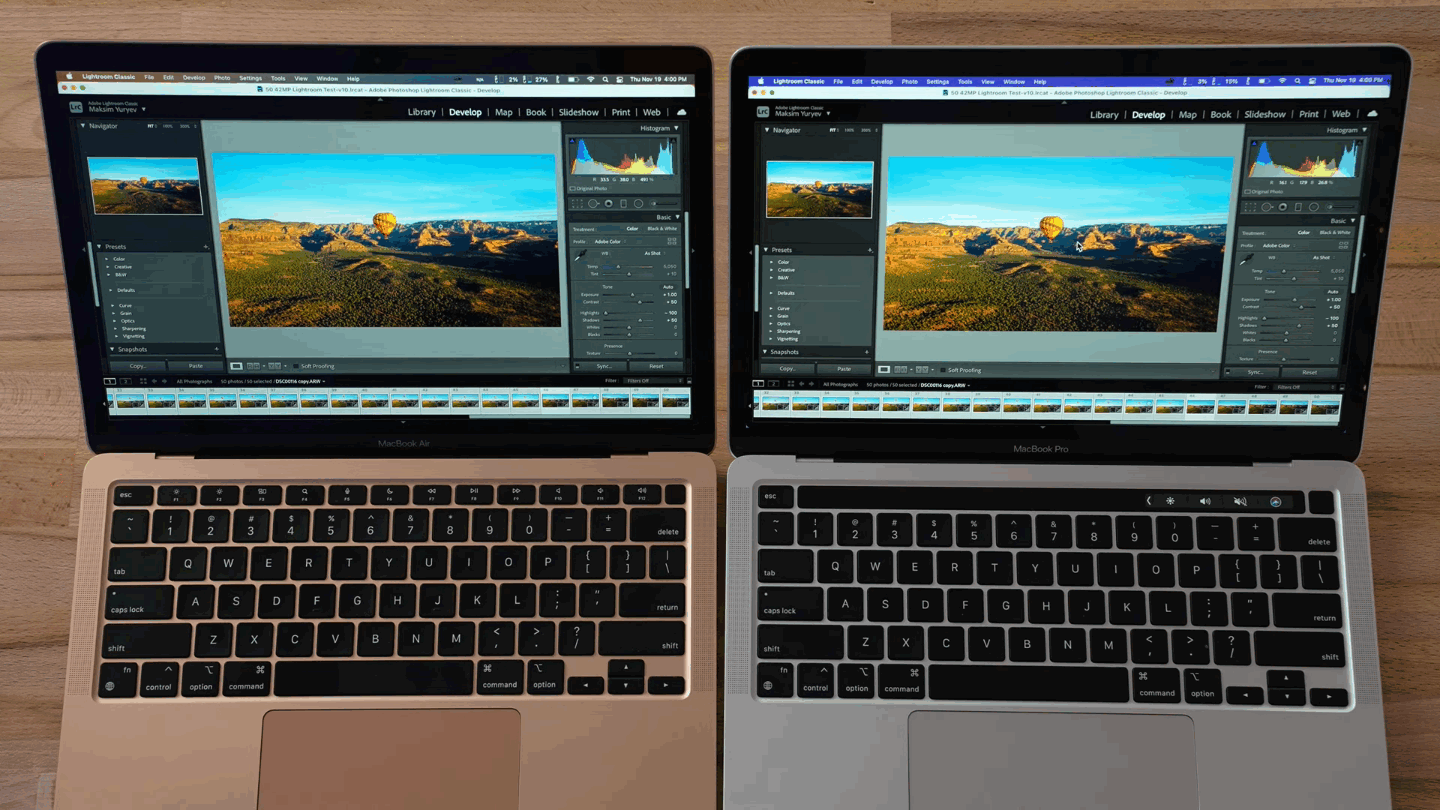 M1 MacBook Air or the M1 MacBook Pro- which one is right for you? Until November 2020, choosing was easy. MacBook Air with ultrathin laptop processors was not capable of anything serious. The 13-inch MacBook Pro with two slots on the case, although it could not boast of power, was still good for something.

Intel Core i7 vs. Apple M1 Chipset: Which one is better?

The MacBook Air and MacBook Pro with M1 inside both are good for just about anything imaginable. Even the cheapest M1 MacBook Air is tearing higher-end laptops to shreds. The M1 MacBook Pro makes it even better. And the chip in them – M1 – seems to be the same. At first glance, MacBooks with an M1 inside look like two peas in a pod. In fact, they are different. Choosing between M1 MacBook Air or the M1 MacBook Pro is a tough task. So, which one should you buy?

It should be noted that the MacBook Air and the least powerful MacBook Pro have never been so slightly different from each other. In addition to what has always been the same (same 720p FaceTime cameras, same connectors, and the same number), they now also have the same CPU. And the same set of available configurations – one to one. But we’re talking about the differences between the Air and the Pro with the M1 inside. The GPU is not the same in all M1 MacBooks.

The graphics processor in the younger MacBook Air is cut by one core.

If you start ordering your MacBook Air with the cheapest option for $899 and a 256GB SSD, its GPU will have only 7 cores instead of the usual 8. Naturally, this is reported wherever it should be, but you may not notice it during the purchase. Thanks to this, the 256 GB MacBook Air costs $50 less than its full-fledged counterpart.

The M1 is manufactured using 5nm technology. If 5 nm does not tell you anything, this is a cool new technology, and because it is new, it results in a lot of defects. If the GPU has one less core, nothing will change. Its performance will decrease by about one-eighth – not noticeable to the naked eye. And before sending the defective crystals for melting, they took from them those in which only one of the graphics cores were damaged, turned it off, and put it in a box “for the junior configuration of the MacBook Air.“

The MacBook Air doesn’t have a fan. And, accordingly, forced cooling. When John Ternus, then just a vice president, announced this, many had a bad feeling – it did not come true. In the ability to work hard and for a long time, the Air is almost equal to the Pro – but the lack of a fan still affects. Not like in MacBooks with Intel-class Y processors (for ultrathin laptops) or class U (for low-power laptops), which in such cases freezes, but you can see it with the naked eye. And Air will take more time.

The MacBook Pro also has cooler speakers with a high dynamic range, while the MacBook Air has regular speakers. The Pro also has studio-quality microphones. Apparently, it’s cool. I didn’t feel the difference. The M1 MacBook Air and MacBook Pro displays are identical in every way except for their maximum brightness. For Pro it is 500 cd/m2, for Air – 400 cd/m2. If you like it brighter, Air is not for you.

No need to charge all day!

Everything related to data input and output is identical between the MacBook Air and MacBook Pro, except for the Touch Bar’s presence and absence. The Air has the classic F-keys, the Pro has the Touch Bar instead. In both cases, the Touch ID/On/Off and Escape buttons are physical since the 16-inch MacBook Pro has separated them from the Touch Bar. There are fewer complaints, but they say the Touch Bar has already been sentenced to liquidation.

And about the battery life of Apple laptops, there are only two indicators: how long you can surf the Internet or watch videos in the Apple TV program. Air has these indicators 15 and 18 hours, for Pro – 17 and 20 hours. Indeed, the battery lasts longer than Intel Macs.

MacBooks on M1 proved to be safer than on Intel. How?

Should you buy an M1-based MacBook now, or is it better to wait?

They say that you should never buy the first version of anything. The M1 MacBook Air and the M1 MacBook Pro are the first notebooks to use the first version of Apple’s computer chips. Some issues have already surfaced – on some of the Air and Pro, the batteries are aging faster than they should, and the capacity of SSDs is decreasing faster than expected. Rumor has it that batteries stop charging after 4 months of use and that SSDs lose functionality is not true. Both problems exist, but in both cases, there is no talk of a loss of performance. There were other problems, but they have already been fixed in the next release of macOS 11.

And it will take a long time to wait for the release of new MacBooks. Their release was postponed until autumn, and this was done for the third time. There were rumors about this. Does this mean that they will be released in a couple of weeks – I don’t know.