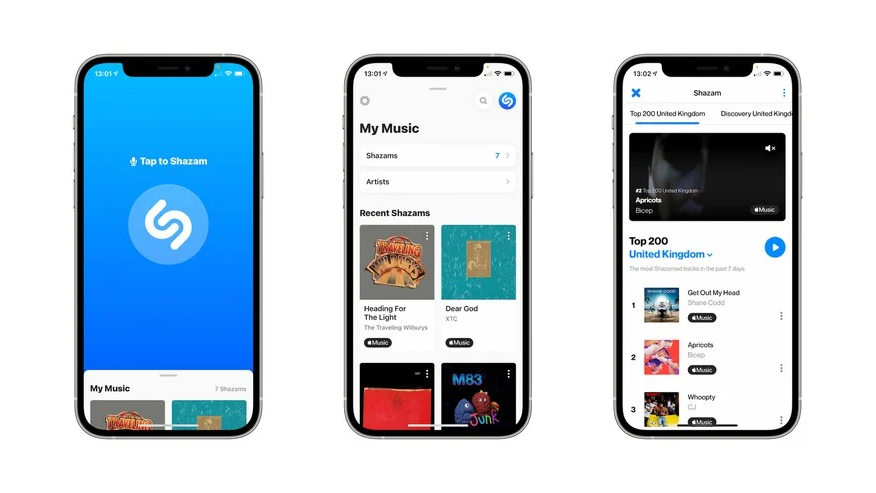 Shazam gets an updated interface on iOS and web version

Apple has released a new version of the Shazam app, which has an updated interface to match its modern design language. Most of the main screen is occupied by the “Tap to Shazam” button; by swiping up, you can access newly identified songs.

The update also brought improvements to sync Shazam tracks with Apple Music and Spotify. Also, users can now see lists of the most popular songs.

Another innovation is the web version of Shazam, which is available via this link. The site is still in beta testing and works in Safari, Chrome, and Firefox browsers on macOS.