The effectiveness of Apple’s protective mechanisms in its devices has never been questioned. Rather, the opposite. It was enough to look at the industry representatives’ reaction to the next initiative of the company in the field of privacy protection. That the prohibition of cross-tracking in Safari, that it is the developers’ responsibility to request permission to track, that the need to publish security labels in the App Store. All of them caused the outrage of developers and advertising companies since it became more difficult for them to follow users. But it turns out that this is not enough for a good defense.

You can also read: Apple wants AirPods to be able to charge from iPhone

IOS security is not as high as it is commonly believed

A group of security experts from Johns Hopkins University has identified flaws in iOS encryption systems that could put users at risk. Research has shown that Apple is ineffective in using encryption, applying it in some selective way.

You can also read: Apple wants to bring magnetic charging back to MacBook Pro. What for?

YOU CAN ALSO READ:  MacBook Pro 2021 will receive a new design and MagSafe

When is my iPhone best protected?

The safest state an iPhone can be in is before the first unlock after turning it on.

This increases the potential risk of being compromised because if attackers know about unprotected operating system segments, they will most likely try to exploit them. As a result, they will almost certainly be successful.

IOS has all the necessary infrastructure for hierarchical encryption that only looks secure on paper. But I was unpleasantly surprised when I found out how ineffectively it is being used, – said Maximilian Zinkus, the author of the study.

When the iPhone boots up for the first time after being disabled, all the data it stores is in the “Full Protection” (BFU – before first unlock) state and the user must unlock it to decrypt it all. This is very reliable, indeed. However, after the first unlocking – with a password, fingerprint, or face – a larger amount of data goes into the “Protected before authentication” (AFU – after first unlock) state. The smartphone stays 95% of the time. Although it assumes encryption, it is no longer as reliable as in the first case.

YOU CAN ALSO READ:  How to identify COVID-19 using an iPhone?

You can also read: Behind the scenes: How Apple Develops New Devices?

In the Protected Before Authentication state, the iPhone quickly stores encryption keys where applications can interact. Nothing prevents an attacker from discovering any vulnerabilities and taking advantage of them to pull the necessary strings and gain access to a seemingly blocked device.

Is the iPhone well protected?

We used to think that encryption solves all security problems. But it is not so

I was in real shock when we analyzed the security of Apple smartphones. After all, we’ve always thought iPhones were really good at protecting users and their data. Now that we have completed the project, I really understand that there is no such protection in the mobile market that we really need and is justified from the point of view of reasonable security. I do not understand why law enforcement agencies require Apple to make a backdoor in iOS, if they can easily hack iPhone, ”said Matthew Green, a researcher on Zinkus’s team.

In fact, Green is not exaggerating when talking about iPhone hacks by law enforcement agencies. The GrayShift toolkit likely exploits the vulnerabilities in iOS encryption systems. As a result, they don’t even have to guess passwords, which can be really time-consuming. They find a flaw in the operating system and exploit it, after which they gain access to the encryption keys and unlock the locked smartphone.

YOU CAN ALSO READ:  Adobe releases ARM version of Lightroom for Windows and macOS

In fact, not all data is permanently in a weakened state of protection. Some types of information are stored in a highly encrypted form at all times. These are data from the standard Mail application, books, Safari history, and some other applications. However, until 2012, the defense was more solid. It’s just that since that year, Apple has decided to weaken it to prevent conflicts between geolocation services and other system functions, which have become more actively used in the operation of the iPhone and third-party applications. 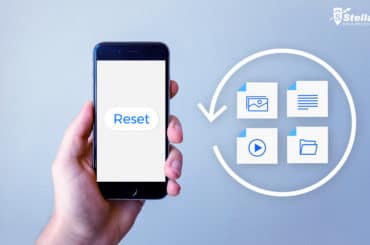 How to Restore iPhone With and Without Backup