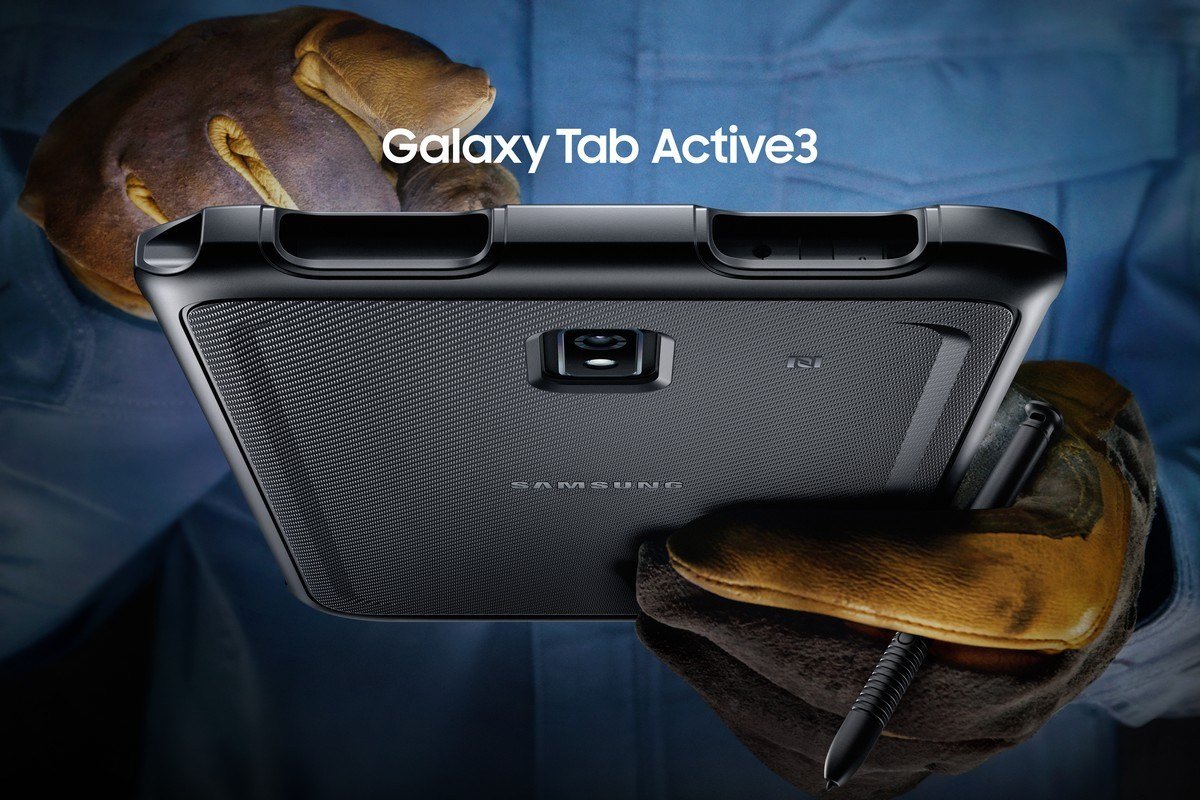 Samsung Electronics today unveiled a new ruggedized tablet – Galaxy Tab Active3. The novelty is made in accordance with IP68 and MIL-STD 810G standards, that is, it is able to withstand falls from a height of 1.5 m, as well as immersion under water to a depth of one and a half meters for half an hour.

The novelty is an update to the 2017 Galaxy Tab Active2. The brand new Galaxy Tab Active3 retains the design of its predecessor – with huge bezels and three physical Android control buttons. The diagonal of the screen has not changed either – 8 inches. However, the new model has a higher resolution LCD panel of 1920×1200 pixels with an aspect ratio of 16:10, like the 10-inch Samsung Galaxy Tab Active Pro. You can control the proprietary interface installed on top of Android 11 with your gloved fingers or with the S Pen stylus, for which there is a special slot in the case. The rest of the Galaxy Tab Active3’s specs have also improved over the three-year-old model.

The hardware base of the Galaxy Tab Active3 is not the most recent flagship SoC Exynos 9810, which is used in smartphones of the Galaxy S9 and Note9 series. The device has 4 GB of RAM and 64/128 GB of flash memory, respectively. To expand the latter, a microSD slot is provided.

The device also stands out for its hot-swappable battery. The capacity of the removable element is 5050 mAh. Alternatively, it can be charged in docking stations using Pogo pins (or using regular USB if available). Also, the tablet supports the “No battery” mode, which can be turned on in the settings. In this mode, the device can be powered directly from the power supply and used as an interactive terminal. It also mentions the possibility of using third-party add-ons to scan barcodes or add mPOS functionality.

Another important feature of the Galaxy Tab Active3 is support for the DeX proprietary desktop mode. It will be enough to connect the tablet to the monitor using an HDMI-USB-C cable, after which you can get an interface similar to desktop OS.

From the rest, we can note the fingerprint scanner built into the Home button, stereo speakers, USB 3.1 Type-C and 3.5 mm headphone jack.

Galaxy Tab Active3 will be available in a number of European and Asian countries today with further expansion of the sales geography. But prices have not been specified. The manufacturer addresses the novelty to the business, supporting the offer with a guarantee of three major OS updates.