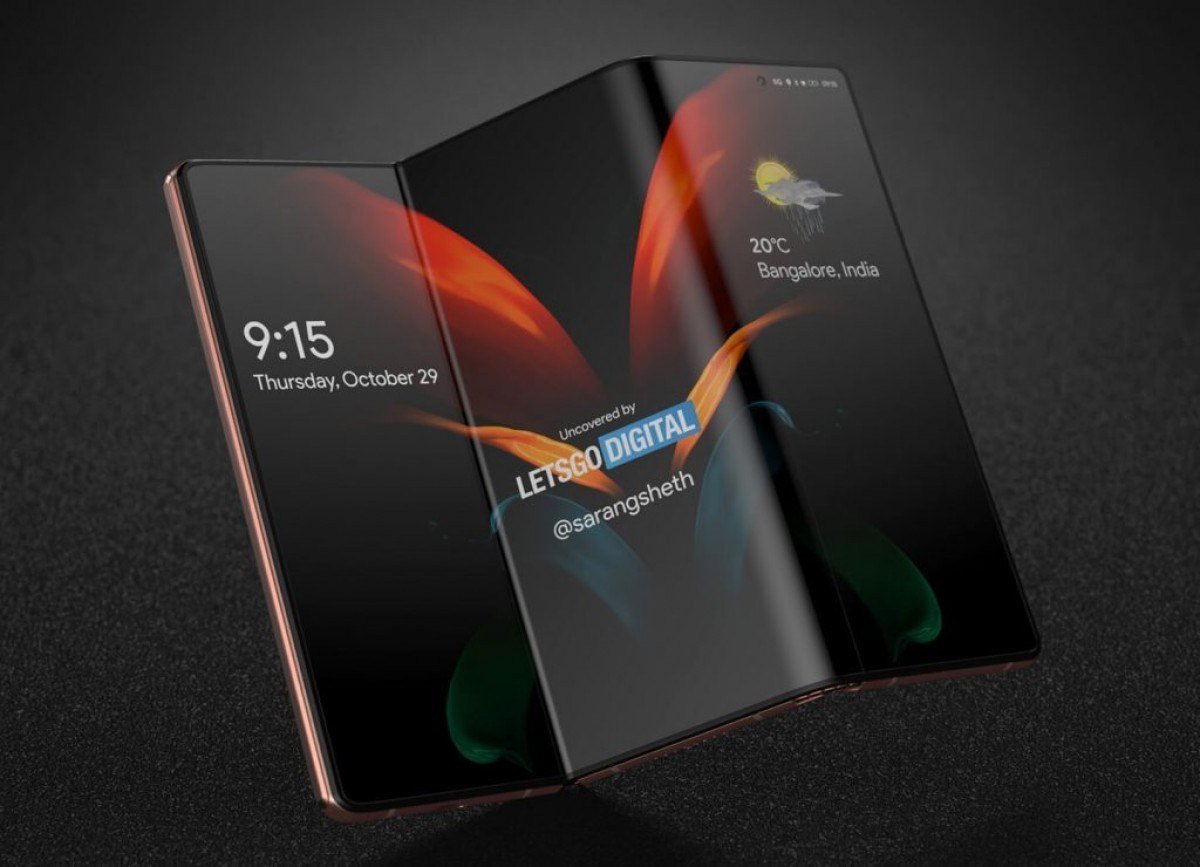 Samsung’s foldable smartphone lineup is now represented by two models: the Galaxy Z Fold2 and the Galaxy Z Flip (both have changed generations this year). They differ greatly in form factor (smartphone-tablet and clamshell) and parameters, but one thing unites them – one bend. Meanwhile, the engineering thought does not stand still, as evidenced from time to time by the patents for new designs that slip in the news. Now Samsung Display has published two sketches of new devices that can be embodied in production models in the next few years.

One of the sketches shows a smartphone roll or a smartphone scroll, the screen of which is wound on a block with an element base. Judging by the sketch, when folded, the device is not much thicker than a regular pen. 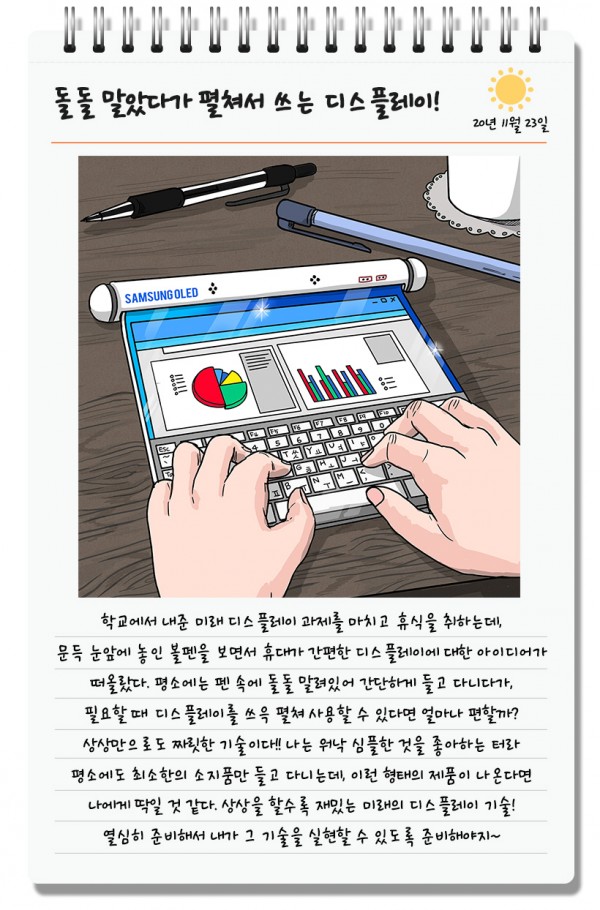 By the way, we wrote about Samsung patents describing designs of smartphones that can be folded, folded, and rolled into a tube back in 2015. And over the years, as you know, the industry has made great strides forward.

The second image shows a potential smartphone that folds in three. Here I involuntarily recall a similar concept from Intel in the same Z-shaped form factor and a TCL prototype with the same design. You can also remember how the vice-president of Motorola Dan Deri, in one of his interviews, called the conceptual Z-shaped form factor “the holy grail of folding designs.”

The most interesting thing is that the hinges here bend in different directions, forming a kind of zigzag. Earlier this year, the president of Samsung’s mobile division argued that the company could release a smartphone with a screen that folds in several places, but so far, he does not see any practical sense in this. 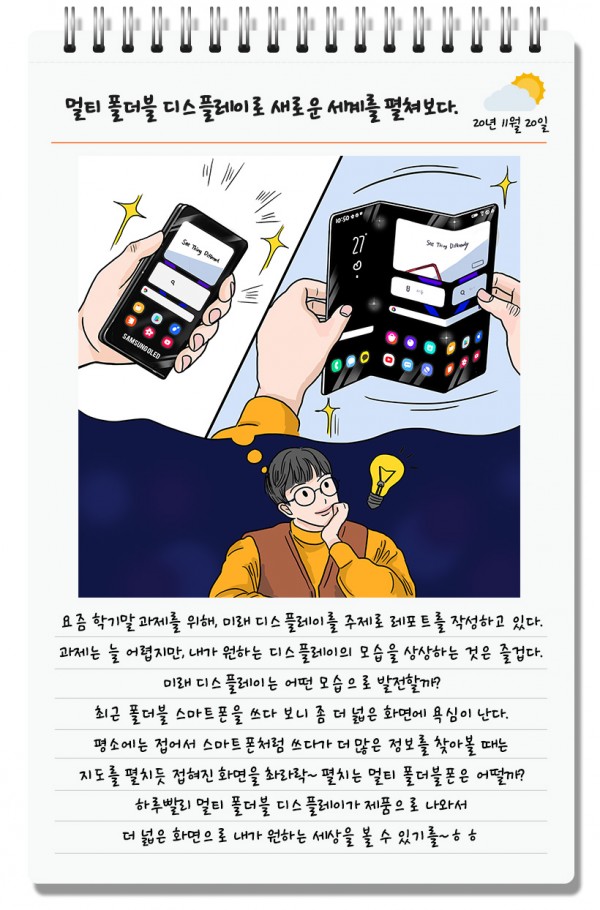 One of Samsung’s recent patents for foldable smartphones describes a variation of the Z-shaped with a slide-out keyboard. 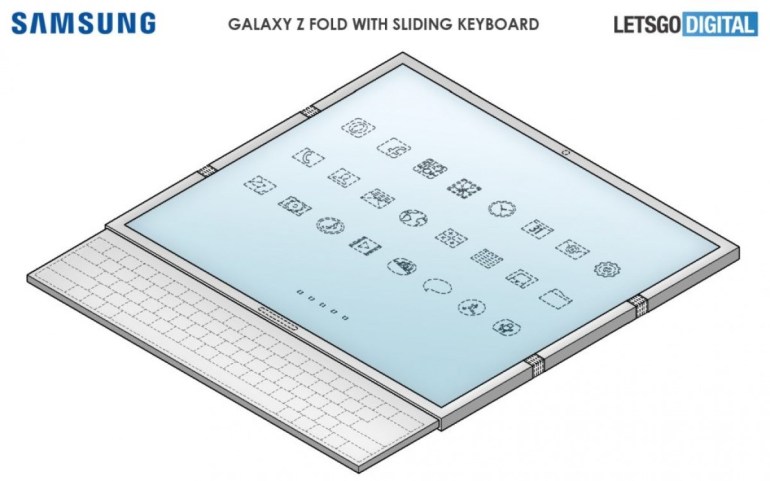 The Dutch resource LetsGoDigital, which often publishes high-quality 3D models of upcoming new products based on leaks and sketches from patents, has created a couple of renders that give us an idea of ​​the future Galaxy Z Fold might look like with a screen that folds in two places.

Not so long ago, there were messages that Samsung allegedly works too over your own version of the slider with a rolling or, more correctly, a stretching screen. About two weeks ago, Oppo showed such a concept sliding smartphone (Oppo X 2021). Also, in March 2021, the release of LG Rollable is expected, which has every chance of becoming the world’s first slider smartphone with a stretch screen.

As you know, Samsung has high hopes for the foldable Galaxy Z smartphones, which are rumored to replace the Galaxy Note lineup next year, so 2021 promises to be interesting.