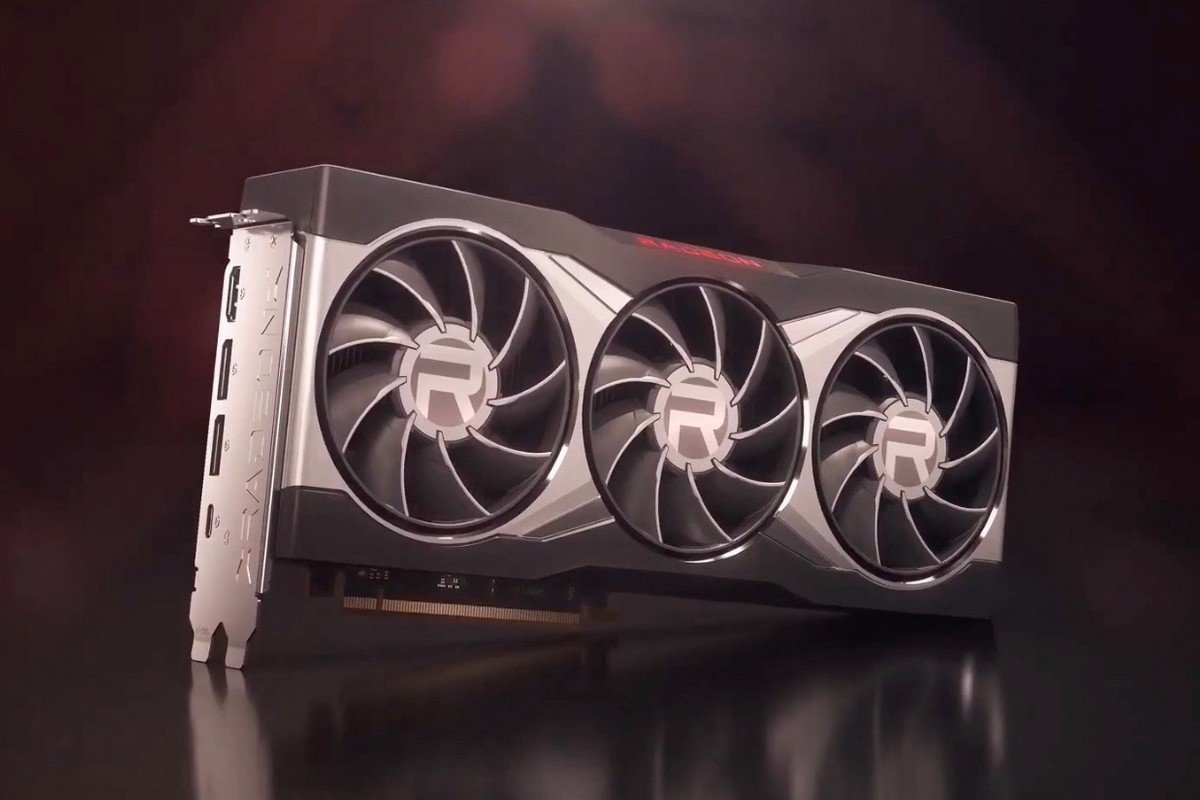 On November 18, at 16:00 Kyiv time, AMD will start selling reference versions of 3D accelerators Radeon RX 6800 and RX 6800 XT. Simultaneously, the embargo will be lifted, and independent reviews of the specialized press will appear, but for now, to seed AMD shared benchmark results of the more powerful RX 6800 XT in ray tracing games.

The game’s test set includes the following five projects: Battlefield V, Call of Duty: Modern Warfare, Crysis Remastered, Metro Exodus, and Shadow of the Tomb Raider. The measurements were taken at a resolution of 2560 × 1440 pixels with high graphics settings (Ultra profile), and the basis of the test bench was a 12-core AMD Ryzen 9 5900X processor, supplemented by 16 GB of DDR4-3200 RAM. You can see the results in the image below.

YOU CAN ALSO READ:  How to Build Your M1 iMac from Mac mini Parts 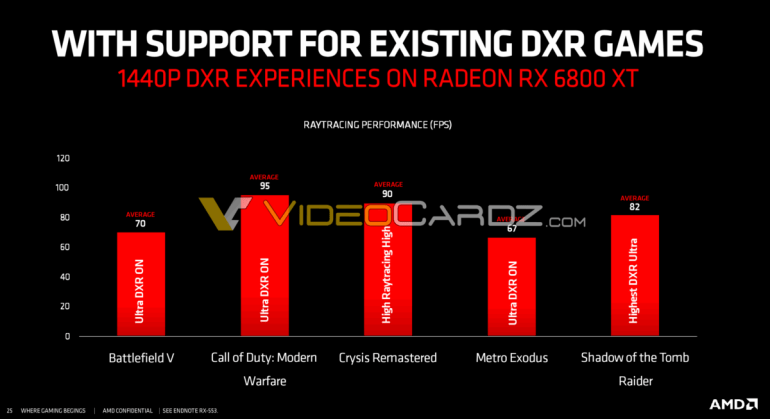 As you can see, the lowest frame rate is observed in Metro Exodus (67 fps), while in Call of Duty: Modern Warfare, the RX 6800 XT card produces as much as 95 fps. When compared with the indicators of “green” opponents (below are the test results from the reviews TechSpot and The verge), it turns out that the RX 6800 XT should be ahead of the GeForce RTX 2080 Ti. Still, it falls short of the direct competitor to the GeForce RTX 3080 of the Ampere generation. In other words, the miracle did not happen in ray tracing. The Radeon RX 6800 XT is slower than the GeForce RTX 3080, as indicated by the preliminary data. And this is not surprising, considering that NVIDIA has already exchanged one generation of specialized RT cores, and AMD’s current generation of RA accelerators is its debut.

AMD previously confirmed that it is developing its counterpart to NVIDIA DLSS smart anti-aliasing technology. But apart from the name (FidelityFX Super Resolution) and the fact that AMD’s technology will be cross-platform and open, there are no particular details yet. FidelityFX is known to be based on DirectML. That is, like DLSS, AMD’s variant uses machine learning. But the Radeon RX 6000 cards lack specialized units to speed up such tasks, so from a technical point of view, the implementation of FidelityFX technology is still a mystery.