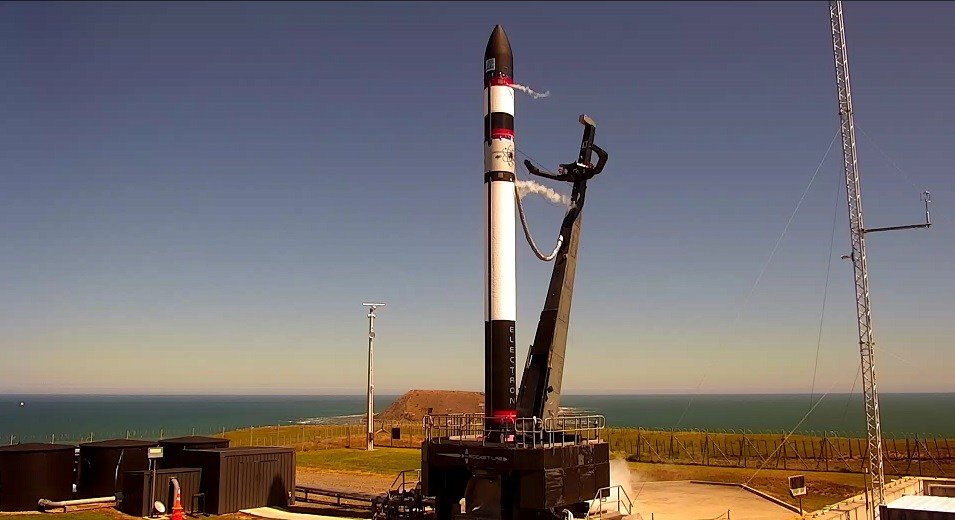 On the night of November 20, New Zealand-based private aerospace company Rocket Lab launched the Electron ultralight rocket with 30 small satellites. During this launch, the company first tested the first stage of the rocket’s return by parachuting. Launch broadcast passed on the Rocket Lab YouTube channel.

Rocket Lab has been developing the Electron two-stage ultralight rocket since 2012. It can launch a payload weighing up to 300 kilograms into low-earth orbit and up to 150 kilograms into sun-synchronous orbit. Electron launch cost – about $ 7.5 million, is about 8 times cheaper than SpaceX Falcon 9, although it is incorrect to compare here since these are rockets of different classes. On the other hand, not so long ago, SpaceX launched the SmallSat Rideshare Program, under which it sells additional seats on the Falcon 9 to owners of small satellites on mutually beneficial terms (with early booking, the tariff for launching a satellite weighing up to 150 kg is $ 2.25 million, up to 300 kg – $ 4.5 million).

Rocket Lab is targeting micro and nanosatellites with its Electron rocket, with plans to reduce launch costs by reversing the first stage. Rocket Lab’s approach to building a reusable rocket differs from SpaceX – instead of jet landing, it has parachutes. The scheme is as follows: after separation and passage of the upper layers of the atmosphere with a speed decrease to Mach two, the first stage releases a small braking parachute, and at an altitude of several kilometers above the surface, the main parachute opens, slowing down the stage to a safe landing speed. Previously, Rocket Lab successfully tested the concept of a parachute landing by dropping a model of a stage from a helicopter and subsequently catching it, and now has moved on to testing with a real rocket.

As part of today’s launch, the first stage successfully separated from the second, performed a turn using the flywheel, after which it successfully released both parachutes one after the other and splashed down into the sea near New Zealand. The company showed an image from a camera attached to the first stage before entering the atmosphere, after which the broadcast of the descent was interrupted. Later, the head, Peter Beck, posted on Twitter a photo from the sinking site – on it the first stage with an opened parachute in the water without any visible damage. This time, the task was to collect the necessary flight information to get a complete picture of the carrier’s behavior during descent.

Welcome back to Earth Electron! pic.twitter.com/lI39kLAS4Z

Next time, Rocket Lab will test a full-fledged scheme using a helicopter to catch a stage descending by parachutes in the air.

The second stage worked as usual and launched 30 satellites into orbit, including 24 communication satellites of 0.25 U format. Yes, the Chompski dwarf figurine from the game Half-Life 2: Episode Two too successfully rolled into orbit and is now on the upper stage on its way back to Earth (no one returns it).

Next year, Electron is set to execute NASA, sending CubeSat into an unusual orbit, where the Gateway circumnavigation station will be located in the future.

It remains to recall that the same approach with parachutes and a helicopter plans to use ULA in the Vulcan rocket. The only difference is that the first stage will be caught entirely, but only the engine block (the most expensive component).