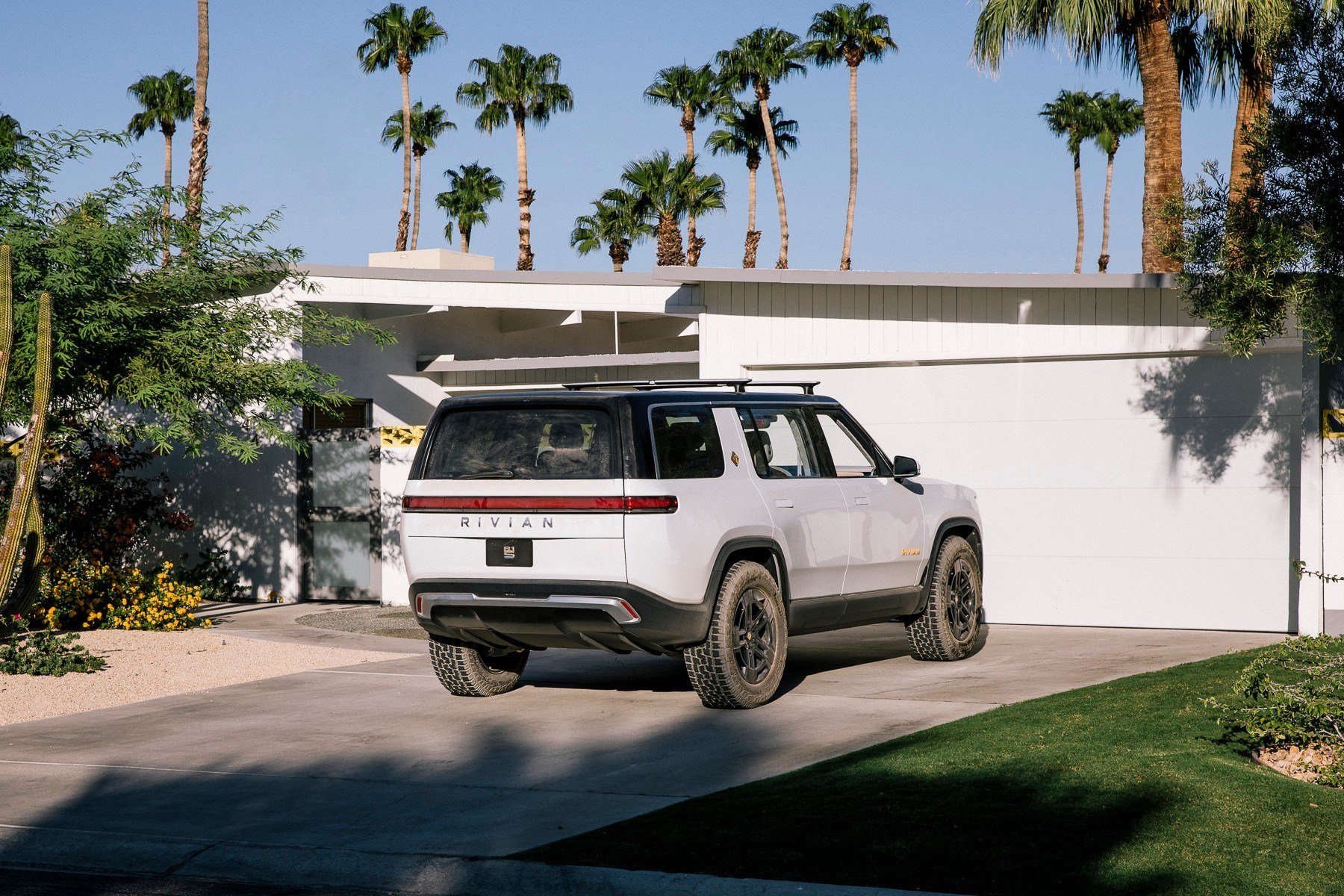 Rivian announces configurations, pricing and delivery times for R1S and R1T electric vehicles and says it is preparing smaller models for Europe and China

The American startup Rivian finally opened the configurators for the R1S electric crossover and the R1T electric pickup truck to everyone (for those who were ready to contribute $ 1000, the configurators were opened a week ago), which allows us to study in detail the complete set of new products and the timing of their release to the market.

Initially, both models were available in three versions: Launch Edition, Adventure Package, and Explore Package, but over the past week, the Launch Edition has been “disassembled.” However, you shouldn’t be too upset, except for a couple of parts (exclusive green color and advanced wheels) and a faster delivery. This version is identical to the Adventure Package option, including the cost. 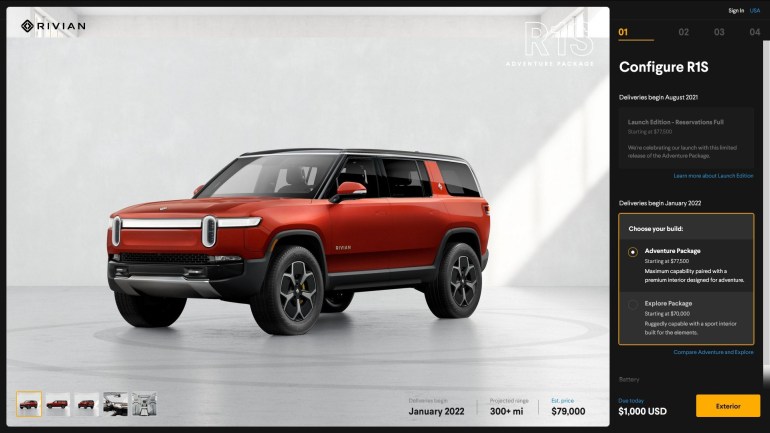 All of the aforementioned EV options will be equipped with a single platform with four electric motors with all-wheel drive and a battery with a 500 km (300+ miles) range – the developers consider it the most optimal choice in terms of price/performance. Interestingly, starting in January 2022, an option with a 650 km (400+ miles) battery will be available for the R1T pickup truck for an additional $ 10,000. Still, for the R1S electric crossover, the 500 km (300+ miles) version will be the maximum possible for the first time. 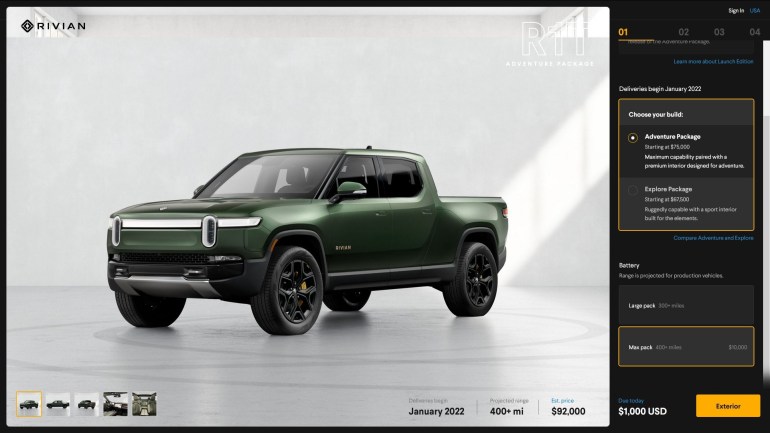 The head of the Rivian startup, Robert Joseph Scaringe (RJ Scaringe), also said that he plans to release more compact electric vehicles for the European and Chinese markets (the company previously patented the designations R1V and R2X). Each of these markets will receive a variant of the most popular form factor for the region (crossover/sedan?), While they will be produced locally. Thus, in the coming years, we can expect to expand the American company to our continent and construct at least two factories in Europe and Asia.

YOU CAN ALSO READ:  Series production of BMW iX3 electric vehicles has started in China, the Germans have published a video from the assembly line

As a reminder, Amazon recently unveiled the first electric delivery van in partnership with Rivian, with at least three different commercial models planned for the collaboration.