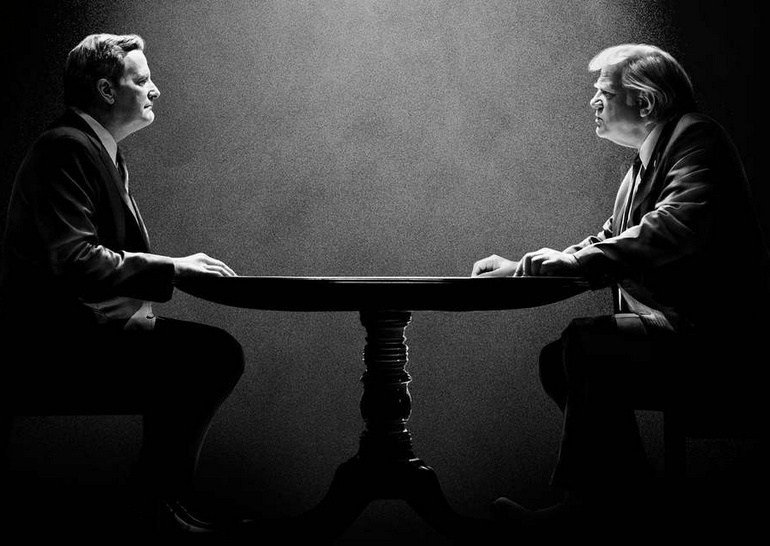 Review of the political series: The Comey Rule

The Comey Rule from Showtime is an attempt by the most hated man in the United States, former FBI Director James Comey, to explain his actions during the 2016 election campaign. It is also a tool to influence voters’ opinion before the 2020 presidential election. , it’s not for nothing that the series was published literally a month before the vote.

For people outside of the United States, the seventh FBI Director James Comey, who served from September 2014 to May 2017, is just another of the officials involved in one way or another in the scandals surrounding the 2016 presidential election. For Americans, it is Komi – one of the main reasons for the defeat of Hillary Clinton and the election of Donald Trump as the 45th President of the United States.

James Comey is hated by the Democrats because he was the one who initiated Hillary Clinton’s e-mail investigation during her election campaign during her tenure as Secretary of State. Moreover, then, literally just before the vote, Komi spoke in favor of the resumption of the investigation that he had already closed. James Comey is also hated by the Republicans, because it was he who began the investigation of the influence of Russians on the election campaign in the United States and the alleged connection of President-elect Trump with the Russian government. In the end, Comey became one of the first top US officials to be fired by Trump and doused with mud by his administration and himself.

James Comey, who was sincerely loved by the FBI and considered a professional in his field, was dismissed from his post on May 9, 2017 Remotely and without prior warning – just at this time, the director was on a working visit to the agency’s Los Angeles office (TV episode really matches reality). Literally immediately after that, Comey began working on his biography, paying attention to the events that caused this dismissal, since, at the insistence of his colleagues, he kept records of all conversations with President Trump and his entourage. Already on April 17, 2018, less than a year after the scandalous dismissal, Komi’s biography A Higher Loyalty was published by Macmillan Publishers and sold an impressive circulation of more than 600 thousand copies. The title of the book refers to an episode in which Donald Trump demands personal loyalty from James Comey, which is not only ethically wrong, but also directly contradicts the principles of power-sharing in the United States.

YOU CAN ALSO READ:  Mulan will be available to Disney Plus subscribers at no additional cost starting December 4, 2020

The book was screened by CBS Television Studios (Showtime is their channel) and written and directed by Billy Ray, best known for his screenplays for films such as The Hunger Games, Oscar-nominated Captain Phillips, Gemini Man, and Richard Jewell. Interestingly, among the producers of the picture, Alex Kurtzman, who is now in charge of the development of the Star Trek universe, appeared.

The authors of The Comey Rule managed to put together a good cast, starring Jeff Daniels (The Newsroom, The Looming Tower, Godless) and Brendan Gleeson (Into the Storm, Mr. Mercedes, In Bruges), who played James Comey and Donald Trump, respectively. The performance of both actors, as well as the entire supporting cast of the series, deserves respect, but there is one serious problem here – almost none of the performers are similar to their prototypes. And if not everyone remembers what James Comey himself looks like, then in the case of President Trump, Barack Obama, Vladimir Putin, Sergei Lavrov and other people we know well, these differences are striking. By and large, there are only two actors in the film that are similar to the people they play, Holly Hunter, who plays Deputy Attorney General Sally Yates under Attorney Loretta Lynch, and Scoot McNairy as Rod Rosenstein, Deputy Attorney General under Jeff Sessions. Few of our readers, I’m afraid, know these statesmen, who nevertheless played a decisive role in the dismissal of James Comey.

YOU CAN ALSO READ:  Review of the film "Honest Thief"

The Comey Rule miniseries covers events from Comey’s appointment as director of the FBI in September 2013 to his speech before the Senate commission, which investigated the reasons for such a hasty dismissal in June 2017.In fact, this is almost three hours of whitewashing James Comey and an attempt to explain why the director FBI, making certain decisions that are believed to have influenced the election results. In short, always oriented towards the good of the state and following strict moral principles, James Comey tried by all means to minimize the damage that the FBI investigations could inflict on the credibility of US government institutions. Unfortunately, decisions dictated by the best intentions and corresponding to the spirit and letter of the law only exacerbated the already difficult situation. Komi simply did not have a good choice at that moment.

The Comey Rule is interesting not only as an attempt to understand the events of four years ago, which still affect the political situation around the planet, including in our country (Ukraine is mentioned in the series only once, but in a very negative way), but and as a kind of manual for the organization of different branches of government in the United States, their relationships and unwritten rules governing contacts between the branches. Although the huge number of minor characters involved in the series can bring some confusion to understanding what is happening on the screen. And while most of these people are well known to Americans, even though they are visually different, it will be more difficult for viewers outside the United States who are not so familiar with minor political figures.

Undoubtedly, the release of The Comey Rule on the eve of the presidential elections is a deliberate political step of the democratic establishment, whose representatives are very numerous among filmmakers and television workers. To miss such a great chance to remind voters of Trump’s ignorance, that he is guided in decision-making by anger, anger and only anger, Kremlin prostitutes and golden rain, Trump’s narcissism and disregard for elementary rules of conduct in society, and his disregard for the rule of law etc., it would be just silly. Moreover, to remind through the lips of Trump himself, because most of the negativity about Trump in the series comes from Trump himself, brilliantly played by Brendan Gleason. It is Trump who is obsessed with the story of prostitutes and the golden rain and reminds Komi of it many times.

YOU CAN ALSO READ:  The first trailer of the fifth season of the TV series "Space"

Yes, the example of other countries (I am not hinting at anyone) has shown that television shows work even better than serious election campaigning. But such use of the book by James Comey is somewhat contrary to the principles of Comey himself, made in the title of the series. The former director of the FBI himself did everything to prevent additional damage to US government institutions by his actions or inaction. Well, elections are a dirty thing, and here sometimes you have to compromise on principles.

In any case, even despite the clear political overtones, I would recommend this series to anyone interested in politics, and not only in America. Just watch it without haste, analyzing the actions and words of each of the characters. Well, at the same time enjoying a very good acting game.

Pros: The series reveals some not-so-well-known details of the inner workings of the FBI and American politics; a visual demonstration of how the different branches of government in the United States should and should not work; an explanation of the reasons and factors that influenced certain actions of officials during the 2016 elections; good acting

Cons: A large number of minor characters in which it is easy to get confused; some heroization of James Comey; most actors are not like their prototypes; explicit political use of the show

Conclusion: An interesting series showing some details of political life in the United States that are not obvious to non-Americans