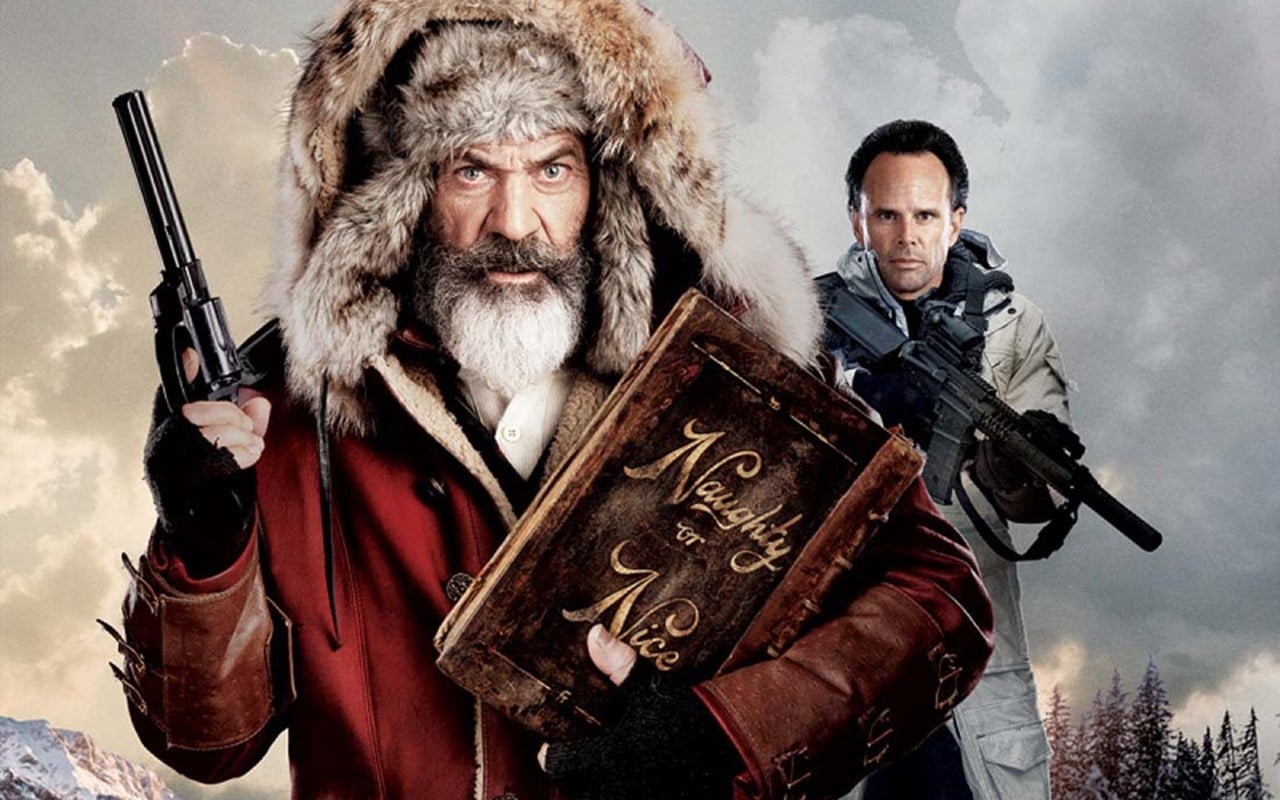 Review of the film “Hunt for Santa”

It’s hard to believe, but the film in which Mel Gibson plays Santa Claus does exist. True, his character is not as good-natured as the smiling older man in a red suit depicted on traditional Christmas cards. The gloomy gift delivery guy played by Gibson appears in the crime fantasy Fatman (in theaters since the beginning of January). The picture can be found under the title “The Hunt for Santa”), where he tries in every possible way to save his business.

The film’s atmosphere is far from a fairy tale, and in general, this story is not childish at all, although one of the central characters is a schoolboy who received coal instead of a gift for Christmas. And now, a spoiled boy from a wealthy family who is used to manipulating other people hires a hitman with a request to kill Santa Claus.

So far, the description of the plot is very similar to comedy from the 90s. But the film “The Hunt for Santa” seeks not to entertain the viewer but rather to confuse him, combining cartoon characters and a dark reality in which inexplicable fantasy phenomena exist.

YOU CAN ALSO READ:  Review of the film "Greenland"

Kris Kringle (another famous name for Santa) lives in the North, where he annually maintains a book with a list of good and bad children. Chris regrets that disobedience has become much more, and schoolchildren have begun to burn houses for fun, so the number of those who will receive gifts for the Christmas tree is getting smaller and smaller every year. Kringle remembers all the children and can recognize them many years later. Still, the emotional side of the modern world’s situation worries him not as much as the material one. Making and delivering gifts for Chris is primarily a business, not a disinterested desire to maintain a festive spirit. Moreover, he has a contract with the US government, according to which Kringle receives regular payments. But even they cannot cover all the costs, so the hero has to compromise, agreeing to produce something that is not at all associated with Christmas.

Screenwriters Ashom Nelms and Ian Nelms destroy the familiar image of Santa Claus (leaving Mel Gibson with only a long beard that vaguely resembles a famous character). In their interpretation, Chris Kringle drinks in a bar, train to shoot at cans, and complains to his wife that Santa’s appearance is being used everywhere for mercenary commercial purposes. It does not bring him the required income. By the way, the filmmakers are also changing  ​​Mrs. Santa Claus’s idea, played in the film by the black actress Marianne Jean-Baptiste. Outwardly, the spouses resemble an ordinary couple, whose leisure time is limited to baking Christmas cookies. Of course, this impression is deceiving, and more important things happen in the heroes’ house.

YOU CAN ALSO READ:  The most interesting new series of November 2020

To get to the details of Santa Claus’s life (where there is room even for the elves working in the factory), you need to endure a long plot where you meet the nameless killer. The killer is played by actor Walton Goggins, remembered for his role in the detective western “The Hateful Eight” by Quentin Tarantino. Unfortunately, in The Hunt for Santa, Goggins is forced to portray a completely absurd character, obsessed with a mad desire to find the legendary older man giving out gifts. No matter how the directors try to embellish the hero with cruelty, watching, the killer is interesting.

The film strives to fall into the genre framework of a thriller, smoothly turning into an action movie – it’s not for nothing that they show us how accurately Santa shoots at cans. In truth, it will take a long time to wait for a big clash in which the bearded older man will give a worthy rebuff. On the way to this, the directors do a good job only in creating a bleak atmosphere. The griefs of dark reality and the sudden appearance of mythical creatures, selflessly working away from prying eyes, are mixed.

YOU CAN ALSO READ:  Robert Downey Jr and his studio Team Downey to direct a drama series about the police investigation The Sting for Apple TV +

A separate storyline has been added to the gloomy reality about a wayward schoolboy who amuses him with his adult demeanor, but on the whole, gets out of the general story. The events taking place with him are so frivolous that sometimes it seems like excerpts from another movie.

Actually, the film’s very idea to change the general idea of ​​the mysterious gift delivery man is not so bad. It seems that if there were the possibility of Santa Claus and his elf assistants in the real world, their life would resemble scenes from the tape, where Kris Kringle is trying to save not the tradition of giving gifts, but his seasonal business. Besides this, in the film, there is no longer anything to cling to, well, except perhaps for Mel Gibson, for whom someone goes to the movies.

Pros: a new understanding of the life of Santa Claus; a combination of dark reality and mythical creatures

Minuses: boring killer storyline; long wait for a collision with the main character; the absurdity of a schoolboy character

Conclusion: not the most successful mixture of fantasy, thriller, and action, in which Mel Gibson as Santa Claus tries to save his seasonal business.