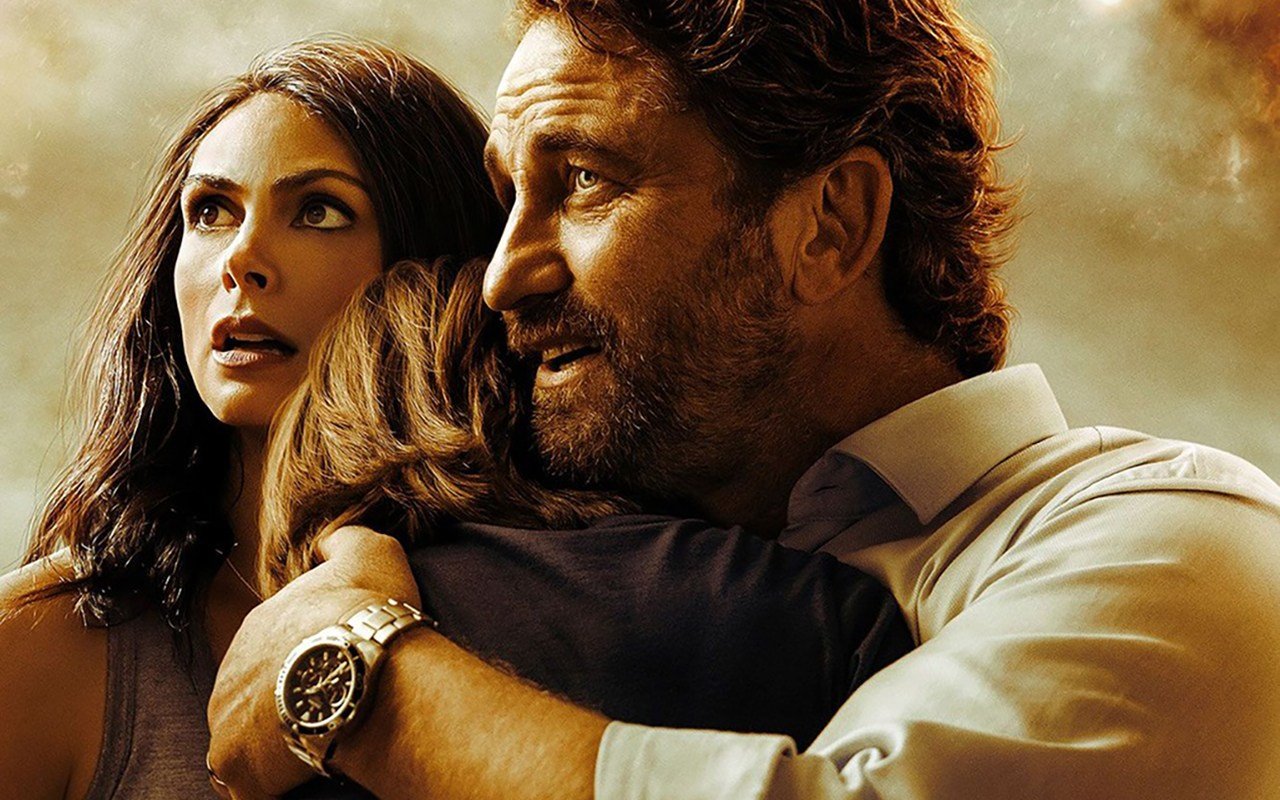 Review of the film “Greenland”

Greenland is the first disaster film of the year to star Gerard Butler, an actor with extensive experience in such films. The picture was supposed to hit theatres in the summer, but its release on the big screens was postponed until the fall. Most likely, no one noticed this, but since the film received a release date, it is quite possible to watch it.

According to the plot of the film, a comet is approaching the Earth. People around the world are watching the fall of small debris of an interstellar object, expecting a spectacular live show. After the first shock wave, which destroyed an entire settlement, the audience was panic-stricken. The media reports that in a matter of hours, other giant debris will completely destroy the planet. It seems that the US government has long been aware of and prepared for the coming disaster. And even more – the authorities have identified a select few who will be provided with transportation to a secret bunker. Among them is John (Gerard Butler), who is trying to move his family to safety, which turns out to be extremely difficult due to the general chaos.

YOU CAN ALSO READ:  Dune, The Matrix 4, Godzilla vs. Kong, Suicide Squad, and More: All 17 Warner Bros. films slated for release in 2021 will be simultaneously in theaters and HBO Max

Greenland’s start seems incredibly boring and hackneyed. The scriptwriters intend to show the situation within the family of the protagonist as clearly as possible and give him a brief description of a stumbled but at the same time reliable person, ready to overcome any obstacles for the sake of loved ones. Something like this has been on the screen a thousand times, so the plot doesn’t inspire at all.

But as soon as the fragments of the comet reach the ground, the film comes to life. The creators make the main bet on the fact that the viewer will associate himself with the central characters who are desperately trying to save their family. It works better here than in other disaster films – before us are ordinary people who are not able to influence external factors.

In this “Greenland” turns out to be more successful than “Geostorm” – a fantasy film in which Gerard Butler also played the main role. In Geostorm, Butler portrayed the tough weather-correcting system coordinator who was saving the world by hanging out in space. In “Greenland” the actor’s character, although it seems banal, thanks to his paternal instinct, turns out to be more real.

The film was directed by Rick Roman Waugh, who had previously worked with Gerard Butler on the action movie Angel Has Fallen. In Greenland, Rick Roman Waugh does not focus at all on high-ranking officials who sort things out from their offices. It shows crowds of uncontrolled people falling into panic, driven by the every minute fear of death (and, of course, the desire to plunder all the nearby supermarkets). Ironically, they can sometimes be more dangerous than the approaching interstellar threat.

Ever since the sky is lit up with flashes and anarchy ensues on the earth, Greenland has kept a tense atmosphere. Again, this works well because of direct associations with oneself in such a situation, when it is scary to lose loved ones in the crowd, and even worse not to be able to contact them. To make it even more restless, the writers added an almost helpless child to the plot, so you will have to worry about everyone twice.

It should be given its due, there are no downtime and pauses in the film after the set. Aside from the clichés in the inserts about family reconciliation, events go one after another. If you wish, you can find fault with another – how the fragments of an interstellar comet fly, selectively setting fire to the whole city or simply touching cars on the highway. Also, during explosions, sometimes not the most ideal graphics are noticeable, but given the small budget of the picture, everything is in order.

Greenland, like any other disaster film, follows a certain set of cliches. Regardless, the events of the film are gripping and can hold the tension, causing engagement in the plot.

YOU CAN ALSO READ:  Robert Downey Jr and his studio Team Downey to direct a drama series about the police investigation The Sting for Apple TV +

Pros: the main character, who does not influence the cause of the disaster; emphasis on general panic; eventful events

Cons: a very boring start; there are long-familiar cliches

Conclusion: a disaster film in which the viewer can associate himself with the main characters saving the family.