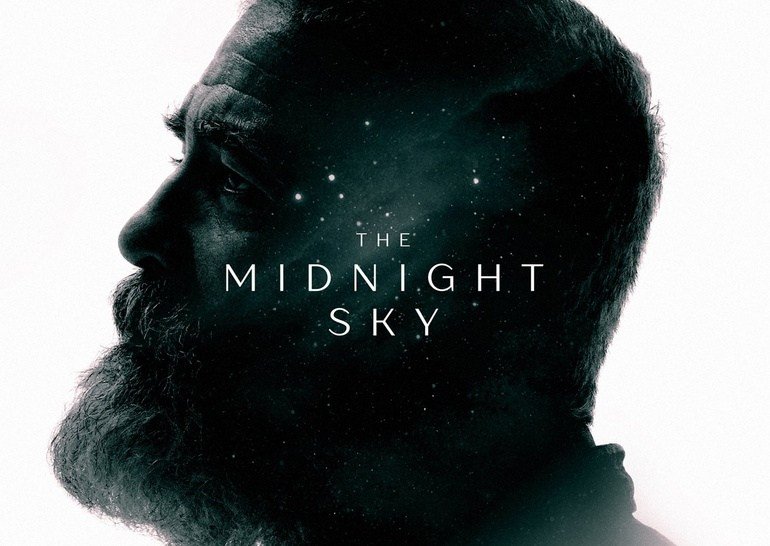 Review of the fantastic film: The Midnight Sky

Trailers for Netflix’s fantasy drama The Midnight Sky looked promising. Starring George Clooney and Felicity Jones, an intriguing plot about the end of the world and the last earthly ship can still be saved. Clooney himself in the director’s chair. Alas, the result was … disappointing.

The favourite of women, George Clooney, has recently rarely appeared on the big screens, preferring to act as a producer and director. And if in the series he flickers from time to time, remember his small but very vivid role in Catch-22 / “Catch-22”, then the last films with the actor’s participation were Hail, Caesar! and Money Monster, released four years ago. If we consider the picture in this aspect, the appearance of The Midnight Sky on Netflix is ​​welcome. However, we are not sure that the role of the dying alcoholic is exactly the role Clooney would like to see his fans.

Based on Lily Brooks-Dalton’s Good Morning Midnight, The Midnight Sky, George Clooney, plays the last man on earth. Dr Augustine Lofthouse dies of an unnamed illness. Still, before his death, he must fulfil a critical mission – to contact the spacecraft crew returning from the expedition to Jupiter and warn them about Earth’s situation, which has become uninhabitable. The ship must return to one of the moons of Jupiter and, having established a colony there, revive civilization.

You can also read: Disney Has Published The Full Schedule Of Premieres Of Films And TV Series For 2021

The fantasy plot is perhaps the weakest part of The Midnight Sky, and when taking it in, it’s best to turn off critical thinking. We are never told why the Earth’s atmosphere has become unfit for breathing, but whatever it may be, we are not told why earthlings so easily surrendered and sat down at home in submissive expectation of death. Why was the ISS evacuated? It would be more logical to create an ark on its basis, as in Neil Stevenson’s novel “Semieus”! Why aren’t colonial ships sent to Jupiter? How did it happen that there is no communication with the returning ship? Damn it, now scientists are quietly maintaining communication with probes that go beyond the solar system, and here is just some fatal “Out of range”! On what such trajectory did “Ether” return, that it should fly with the engines on in its ballistic section? Where do meteor showers come from inside the orbit of Mars? With what speed and with what courses did the meteor shower cross the Ether’s trajectory, what caused just such very modest and neat damage? Etc. Better not ask these questions, don’t.

Especially considering that the fantastic surroundings in The Midnight Sky are nothing more than a backdrop to show the personal drama of Augustine Lofthouse, the drama is so banal that it’s even surprising that someone decided to shoot a full-length film based on it. It turns out that the outstanding scientist Augustine Lofthouse, who made many important discoveries, including, by the way, the very moon of Jupiter, on which a colony can be founded, and so, the outstanding scientist who devoted his whole life to science … missed life itself. Well … the conclusion is so non-trivial that it will even be repeated directly to the camera in the middle of the film. Well, so that the audience understands what they have spent almost two hours of now their lives.

An “unexpected” plot twist is also associated with Augustine Lofthouse’s drama, which is calculated even before the additional character appears in the film. However, this very character, the little girl Iris, is perhaps the only bright spot in the entire film. Young Kaoilynn Springell, most of the scenes with which without words at all, played, it seems, better than Clooney, and Felicity Jones, and Ethan Peck, who plays the young Augustine Lofthouse.

But most of all in The Midnight Sky it is not even the senselessness of the plot that frustrates, the incredibly stretched timing, the surprisingly weak direction and some kind of simply indecent predictability of each of the scenes … the most frustrating is the hopelessness with which the picture is filled. The Earth surrendered here without a fight. Two survivors will not be able to revive civilization in the orbit of Jupiter. This is simply impossible from the point of view of biology …

Minuses: A simple fantastic plot with a bunch of inconsistencies; mediocre script; predetermination of most scenes; tightness; weak direction

Conclusion: A very mediocre drama in a fantastic setting. Pointless and incredibly predictable