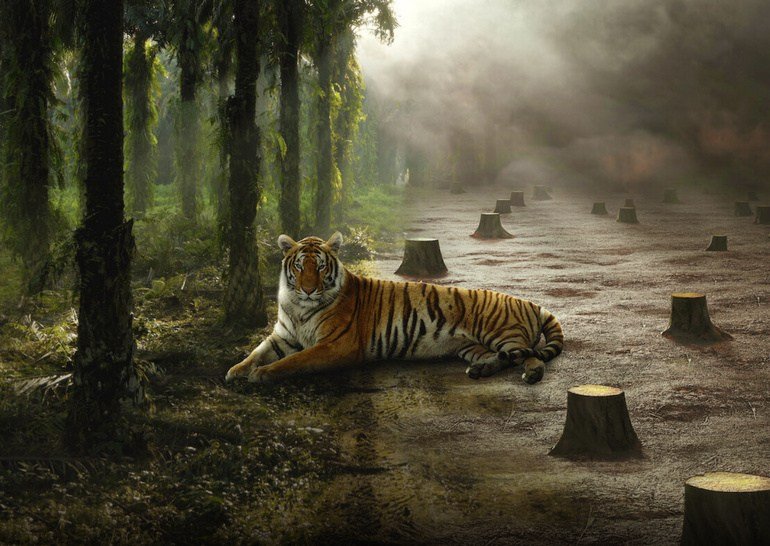 Review of the documentary film- David Attenborough: Life on our planet

New documentary by David Attenborough, released recently on Netflix, is unique not only in that it begins and ends with episodes filmed in Ukraine. It is also the testimony given by Attenborough in the case of the malicious destruction of planet Earth, spanning a unique career as a naturalist spanning nearly 70 years.

Sir David Attenborough’s seven-decade career is truly unique. He was one of the first to photograph wildlife and tell about it to TV viewers, first in the UK, and then around the world. Starting work for the BBC in 1951, when televisions were still a rarity, he worked as the general manager of this state-owned television company in the 60s and 70s, without ceasing to shoot films and series. Attenborough, who turns 94 this year, is the only person to have received BAFTA awards for black and white, color, 3D, HD and 4K. And he continues to work actively to this day.

Only in 2019, the dubbed and presented series Our Planet / Our Planet was released on Netflix and Seven Worlds, One Planet on BBC One / BBC Earth, plus an hour-long film Climate Change – The Facts. In 2020 – films Extinction: The Facts and David Attenborough: A Life On Our Planet. Right now, David Attenborough has resumed work on a new series, interrupted due to the COVID-19 epidemic Green planet… Amazing performance, especially at this age.

YOU CAN ALSO READ:  Pixar's new Soul cartoon will be released on December 25 on the Disney + platform, bypassing cinemas

The career of David Attenborough, undoubtedly, deserves the deepest respect, and David Attenborough: A Life On Our Planet is a kind of summing up the results of a long creative life. And besides, this is Attenborough’s very personal indictment against humanity. Taking pictures of animals for 70 years, the naturalist has repeatedly visited the places that he had visited earlier and saw with his own eyes how wildlife retreats under the onslaught of man, how the landscape changes beyond recognition, entire ecosystems disappear during the life of one person. It can be seen how hard it is for Attenborough to give this evidence. He is physically hurt by the fact that many things that he saw with his own eyes will not be seen by anyone else. That humanity itself joyfully rushes into the abyss, getting out of which will be very, very difficult. But it’s still possible.

In fact, Attenborough has been talking about the problems of deforestation, declining biodiversity, pollution of the world’s oceans, melting permafrost and shrinking ice cap for many years. These themes, one way or another, are raised in all his TV shows and films of the last three decades. That is why A Life On Our Planet may seem like a self-repetition to many, a film assembled from pieces of other programs. This is partly the case; you have probably already seen some of the frames used in the program. But besides stating the problems, Attenborough this time also focuses on ways to solve them, proposing, although somewhat utopian, but feasible steps to prevent the global crisis. No wonder the film begins and ends in Chernobyl. By showing how the earth can become uninhabited through human fault, Attenborough shows how it heals itself when anthropogenic pressure disappears. The planet will be all right, with us – no.

YOU CAN ALSO READ:  AMC Will Close The Walking Dead Series After Extended Season 11, But Launches Two Additional Spin-Offs

In David Attenborough: A Life On Our Planet, there are not many of the beautiful wildlife footage that the BBC and David Attenborough films are famous for, on the contrary, many of the shots here are not at all pleasant. But it is very pleasant to see the youngest Attenborough in different parts of the world in archival filming. Such excerpts from old programs, illustrating the stages of a naturalist’s career and some of the theses that he puts forward, are repeatedly referred to by the creators, so that A Life On Our Planet is also a kind of creative biography of Attenborough. Moreover, there is even a small play episode in which the young actor portrays a teenage Attenborough exploring an abandoned quarry in search of fossils. Just think, it was in the 30s. last century!

Undoubtedly, David Attenborough: A Life On Our Planet will not be able to compete in beauty with the series Our Planet or the series about the microcosm Tiny World released on Apple TV +. This film has a completely different task. However, it is still worth seeing. And not just out of respect for Sir David Attenborough, but rather out of respect for ourselves and our planetary neighbors.

YOU CAN ALSO READ:  Alan Ritchson was chosen for the role of Jack Reacher in the Amazon series of the same name (he looks much more like a hero than Tom Cruise)

Pros: One of the most personal works of a famous naturalist; archive footage from Attenborough’s films of different years; besides the obvious statement of problems, some methods of solving them are proposed

Cons: Most of the issues raised by Attenborough in this film have already been discussed many times in his other works.

Conclusion: A piercing confession of love for wildlife from a naturalist who saw its destruction with his own eyes during the life of one person