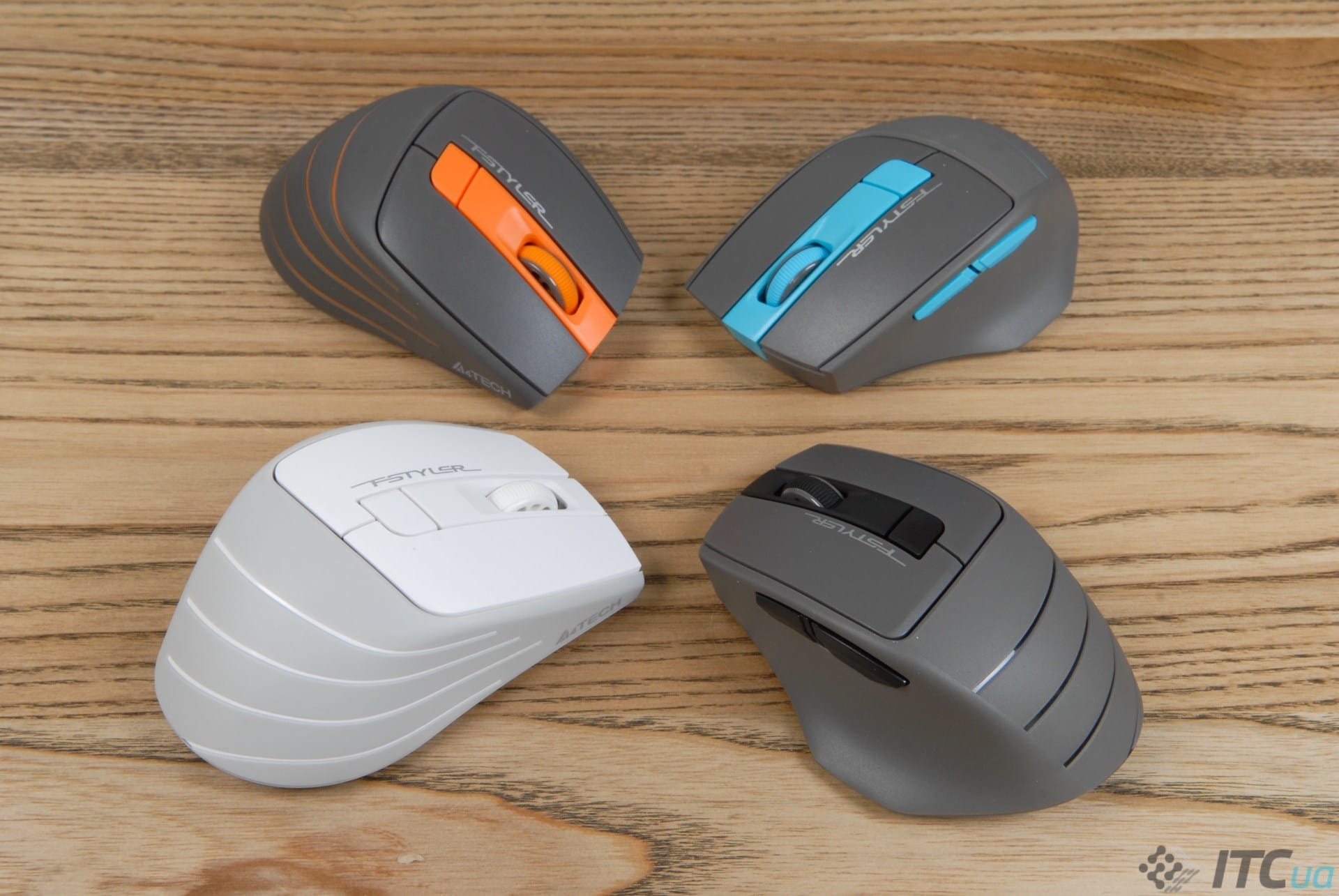 As a rule, game manipulators come to us for review, which are equipped with advanced sensors, backlighting, but at the same time they have not the most affordable price tag. But what if the user does not need all these gaming bells and whistles? Today we are just going to look at an ordinary wireless mouse from the budget price segment from A4Tech – the FStyler FG30S model.

As befits budget accessories, the A4Tech FStyler FG30S comes in regular plastic packaging. A small plus of this decision – before buying in a store, you can estimate the size of the mouse and estimate how comfortable it will be to grip. Moreover, the FG30S is an ergonomic right-handed mouse. 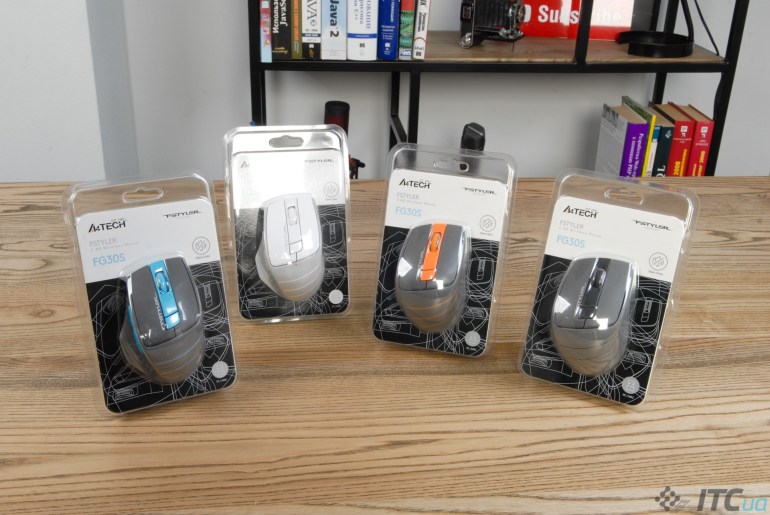 I used a gray and white mouse. In principle, it looks good, although it may be a little boring. Plus, the white buttons will have to be monitored more diligently – after a week of use, dirt began to noticeably collect on them. Therefore, I advise you to pay attention to other color options. The mouse is also available in black and blue, all black, and black and orange colors.

YOU CAN ALSO READ:  iPhone 12 appears to support reverse charging. Looking forward to AirPods with MagSafe? 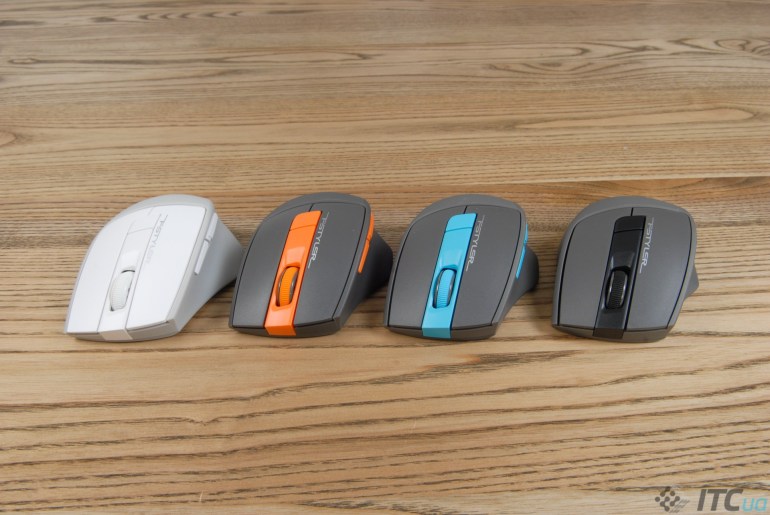 There are no special complaints about the build quality, well, except that a small bump was noticeable on the left side of the mouse. 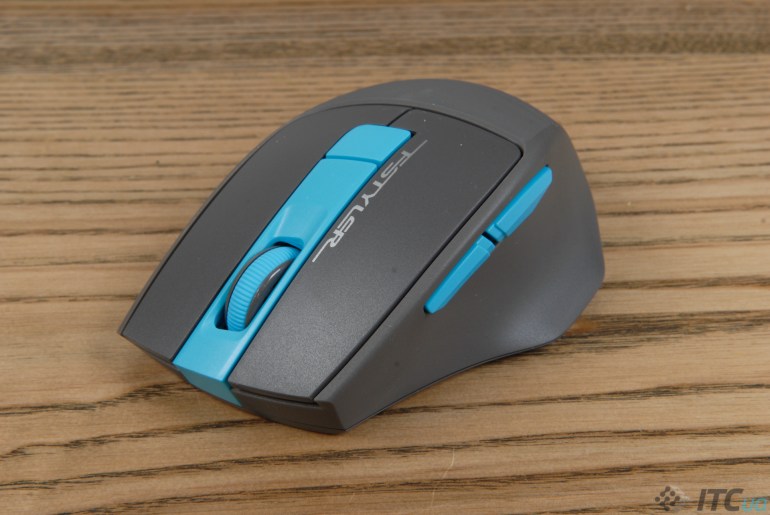 The main disadvantage is the backlash of the left mouse button. It arises if you move it left and right. Also, the side keys have a certain backlash, especially the “Forward” key, which is slightly larger in size. 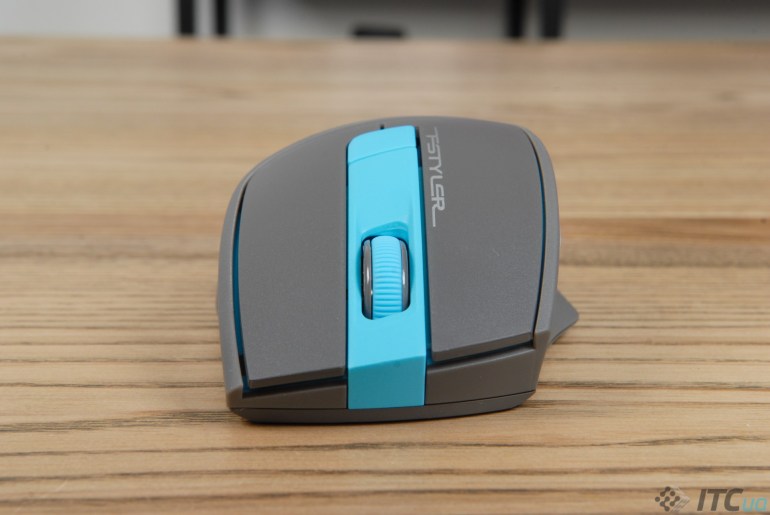 On the bottom of the A4Tech FStyler FG30S, there are three Teflon feet, which do their job well. In the center is an optical sensor, to the right of it is the power button. Below there is a compartment for installing an AA battery and storing the Nano USB receiver. 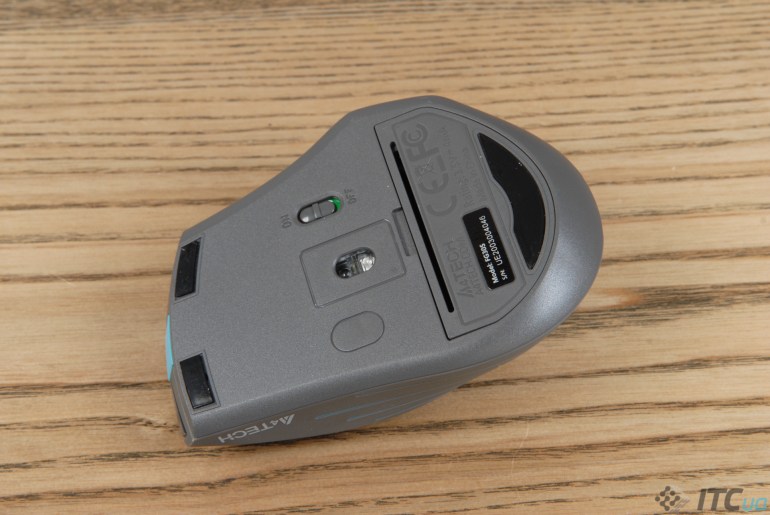 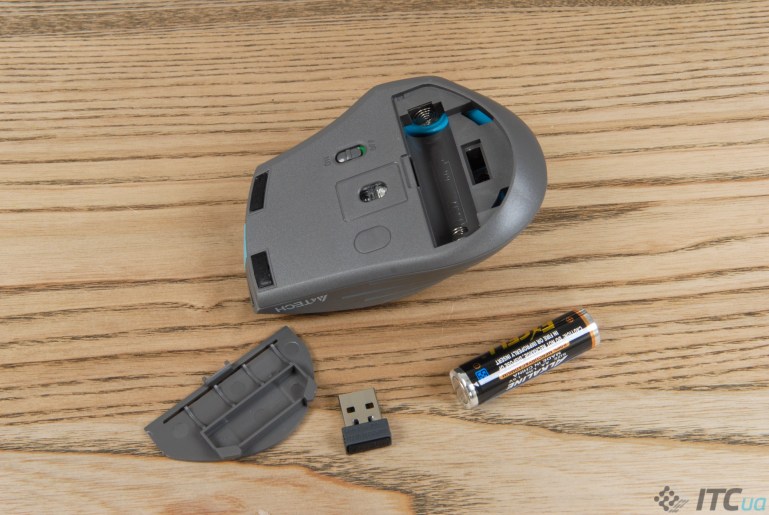 In general, when you grip the mouse with the palm, it is convenient to hold the thumb in a specially provided recess. The device is not very heavy – 76 grams (without battery), however, you cannot call a compact mouse. But for most users, I think this size will be comfortable.

Unfortunately, A4Tech does not specify which optical sensor is installed in the FStyler FG30S, as well as which switches are used. It is only reported that the resource of the switches is 5 million clicks. At the same time, I note that one of the advantages of a mouse is the silent keystrokes. You get used to this pretty quickly and this option is useful if you like to work at night and do not want to disturb others.

Below the main keys is a DPI switch button. It allows you to change values ​​in the range 1000/1600/2000. The sensor sampling rate is 125 Hz. The mouse is connected to the PC via a 2.4 Hz Nano USB receiver. The device is powered by an AA battery. The manufacturer claims that one battery should last for a year of use. A power saving mode is provided – after about 5 minutes of inactivity, the FG30S goes to sleep, to activate it, you must press any of the keys.

For A4Tech FStyler FG30S proprietary software is provided called “Gesture 16-in-1 Software”. It is as basic as possible and only allows you to customize the behavior of three of the six mouse buttons – the right button and the side buttons.

16-in-1 function is available for the right mouse button. This is a set of gestures that will perform specific functions. They are activated in the event that you hold down a key and draw a particular gesture. The 4 and 5 buttons can be assigned to perform various actions.

Output: A4Tech FStyler FG30S is a good budget mouse. Considering its cost, it offers DPI changeability and additional buttons that can be customized. At the same time, the sensor works well, I was pleased with the silent keystrokes.