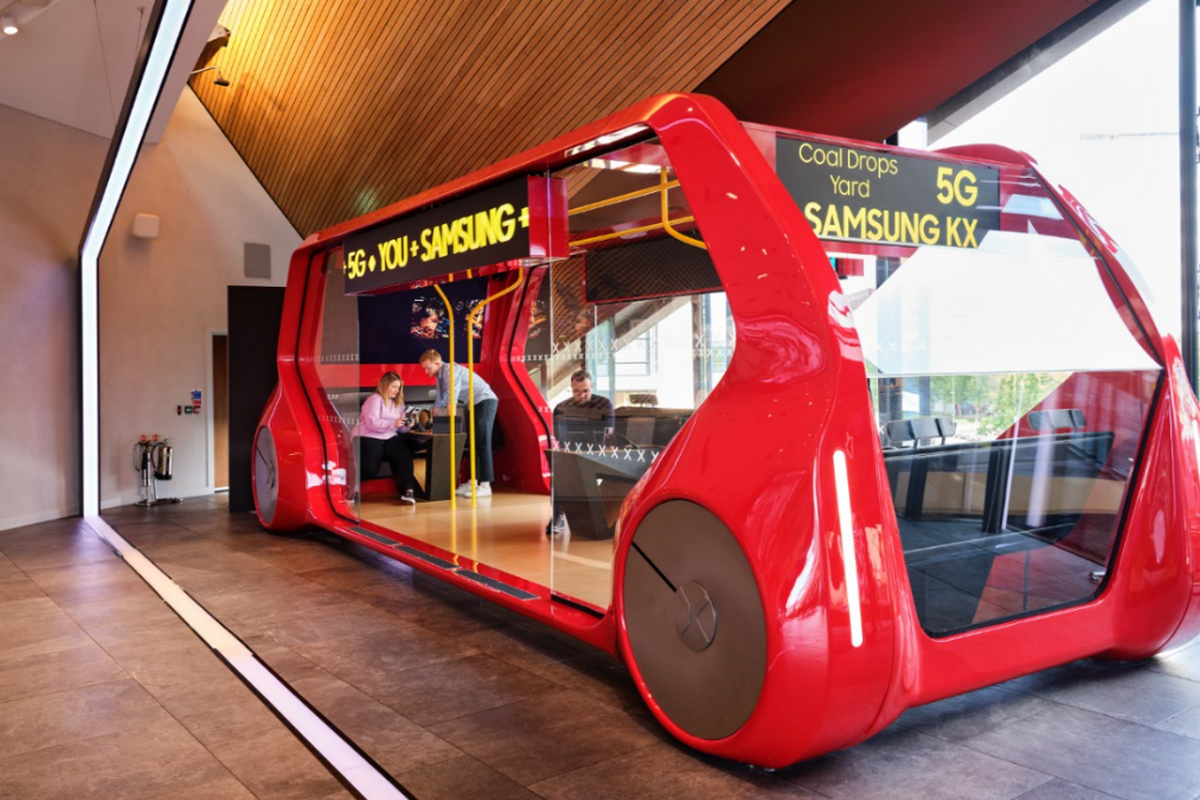 Samsung Electronics today let down financial results of the third quarter of fiscal year 2020 (PDF report) – as expected, the past quarter was a record for the South Korean giant.

The global innovation leader and industrial giant generated 66.96 trillion won ($ 59.15 billion) from July to September, up 8% from a year earlier. And this is a new absolute record for quarterly revenue. Operating income rose 59% year-over-year to 12.35 trillion won (about $ 10.09 billion), while net income was 9.36 trillion won ($ 8.2 billion).

First of all, these record results are due to the semiconductor business Semiconductor Business (CE) and the IM (IT & mobile communications) division, which made the main contribution. Taking a closer look at the report, you can see that the visual display (VD) divisions have done particularly well, with revenue up 55% QoQ (and 32% YoY), and Mobile, which has grown revenue by 51% compared to the not-so-successful second quarter of 2020. See the table below for more details on revenue and operating margins for Samsung’s various businesses.

YOU CAN ALSO READ:  Samsung will hold Galaxy Unpacked on January 14 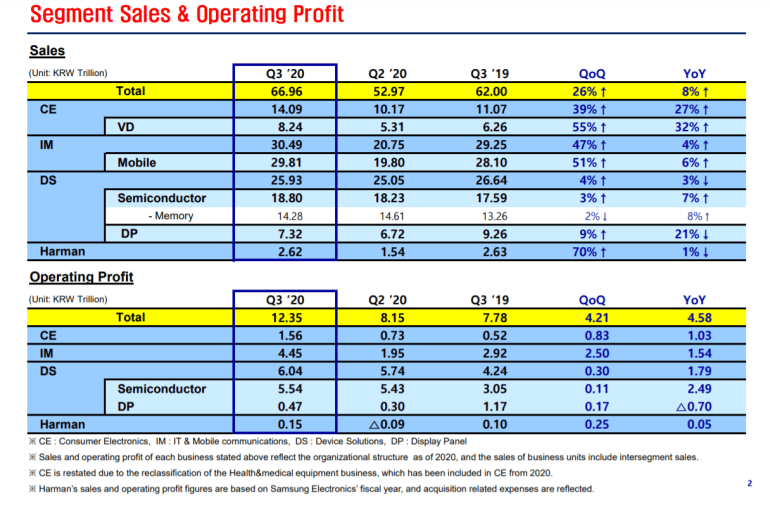 The success of Samsung’s mobile division (read: strong smartphone sales) hasn’t come as a big surprise to those following the topic. Numerous reports from industry observers and analysts indicated that the mid-range Galaxy A and flagship Galaxy Note20 were highly successful, helping Samsung recover from its failed second quarter. In the near future, new analyst reports will be released, after which it will be possible to learn about the balance of power in the smartphone market and how much Huawei has fallen (or not), which continues to experience difficulties due to US sanctions.