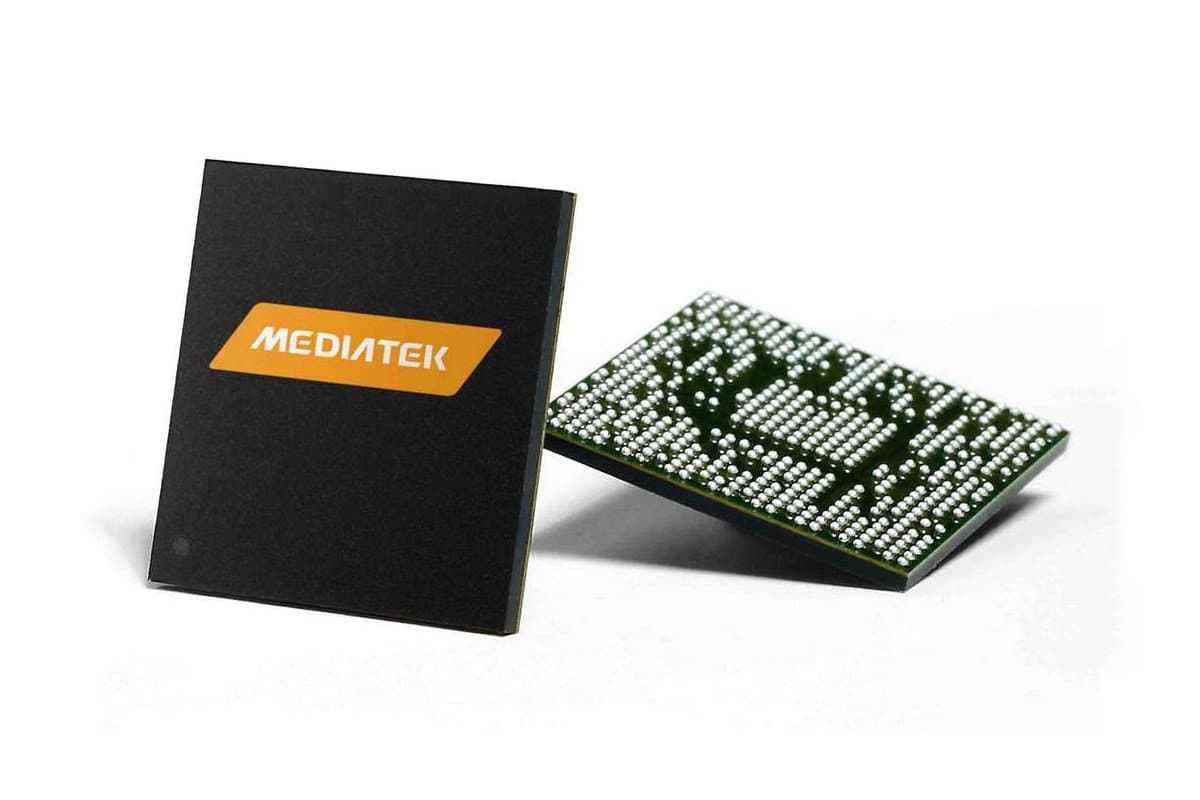 The smartphone industry is changing, according to analyst firm Counterpoint Research. During the third quarter of 2020, the smartphone chipset market leader changed – MediaTek bypassed Qualcomm to become the largest supplier of these components.

In the third quarter of 2020, MediaTek had a 31% share of the smartphone processor market. The company showed significant gains from a 26% market share a year earlier. MediaTek’s success is attributed to strong sales of budget smartphones in the $ 100- $ 250 price range in the two largest markets: China and India. As a developing country, consumers in India prefer to buy low-cost brands, many of which use MediaTek chips rather than Qualcomm. There is also a strong demand for affordable smartphone models in other emerging markets such as Latin America, Asia, and the Middle East. Also, some smartphone manufacturers have started to use MediaTek chipsets more often for their products. For example, the share of MediaTek processors in Xiaomi mobile devices has more than tripled compared to the same period last year. Due to the US ban on Huawei products, affordable MediaTek chips made at TSMC’s manufacturing facilities have become the primary option for many OEMs to fill the gap quickly.

YOU CAN ALSO READ:  Samsung is the leader again, Huawei has shown the largest decline, and Xiaomi has displaced Apple from the third place: IDC evaluated the smartphone market 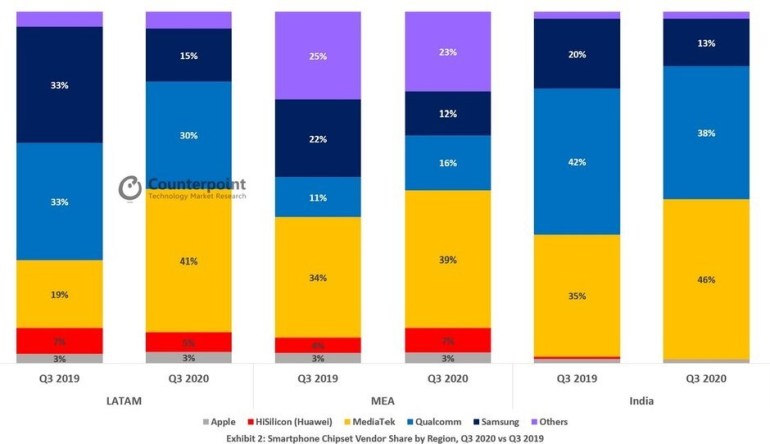 Qualcomm has dropped to second place in terms of shipments of processors for smartphones. Now it owns 29% of the market share (up from 31% in the third quarter of 2019). Nonetheless, the company remains the leading provider of 5G-enabled chipsets, and that market has doubled over the past quarter. According to Counterpoint Research, 17% of all smartphones sold during 2020 were 5G enabled. It is assumed that in the future, the share of these devices will continue to increase at a similar pace, and by the end of the fourth quarter will reach 33%. With 5G smartphone processor shipments growing, Qualcomm is well-positioned to regain its leadership in the mobile chipset market. 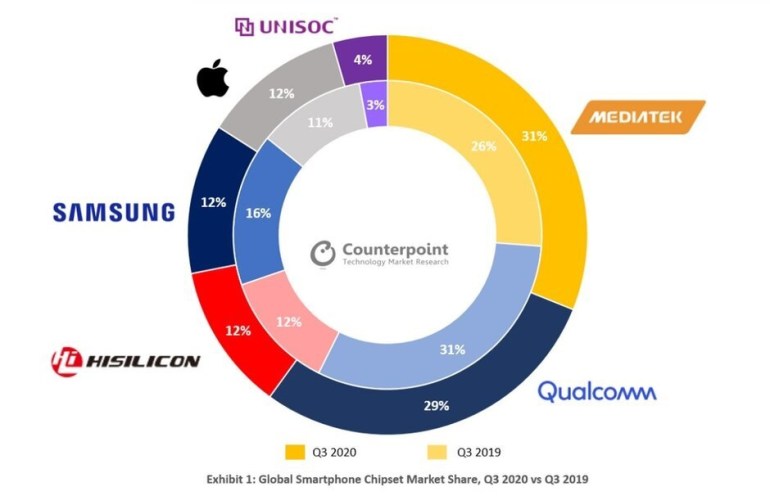 Three companies took the third position in the Counterpoint Research rating. Apple, Samsung, and Huawei’s HiSilicon division each have 12% of the market share of smartphone processors. At the same time, the share of HiSilicon remained unchanged compared to the third quarter of 2019. Apple was able to increase its market share by 1 percentage point, while Samsung has decreased 4 percentage points.