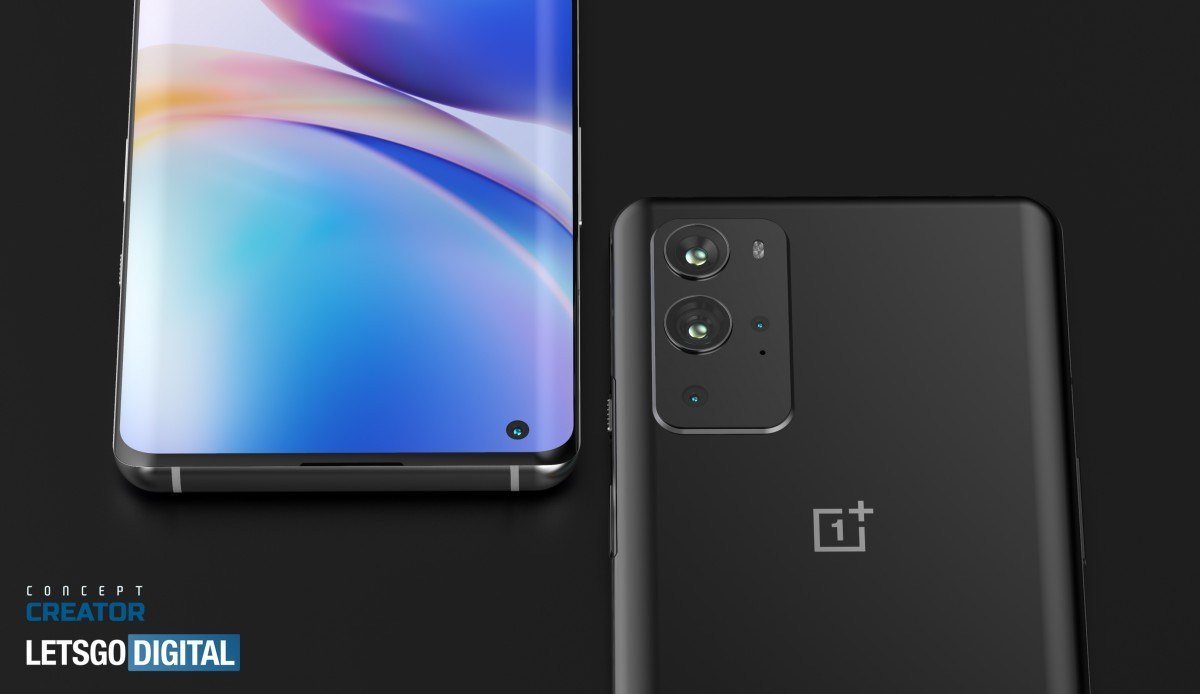 Earlier this month, the first renders of the OnePlus 9 Pro smartphone were released. It turned out that the company decided to use a camera block design similar to the OnePlus 8T and Nord N series, abandoning the design ideas used in the OnePlus 7 Pro and 8 Pro devices.

Now, new renders have appeared on the Internet, which characterize in more detail the upcoming OnePlus 9 and 9 Pro smartphones. The OnePlus 9 Pro’s camera comes with two large, stand-out modules and two smaller ones. The smartphone uses a standard wide-angle camera, an ultra-wide-angle camera, a telephoto camera. The purpose of the fourth module is still unknown. It is unlikely to be an infrared camera.

On the front panel of the OnePlus 9 Pro smartphone, you can see the display’s curved edges. The display itself has a diagonal of 6.7 inches and supports a refresh rate of 144 Hz. The device also contains stereo speakers with Dolby Atmos support.

The OnePlus 9 has a flat display and a triple camera module. But otherwise, the design of smartphones looks similar.

The OnePlus 9 and 9 Pro smartphones are expected to hit the market earlier than in previous years. According to preliminary data, the presentation will take place in mid-March.

Additionally, it is reported that the OnePlus 9 series smartphones will be equipped with a Snapdragon 875 processor and 8 GB of RAM. The devices will receive support for 65W Warp Charge 65 fast charging technology.