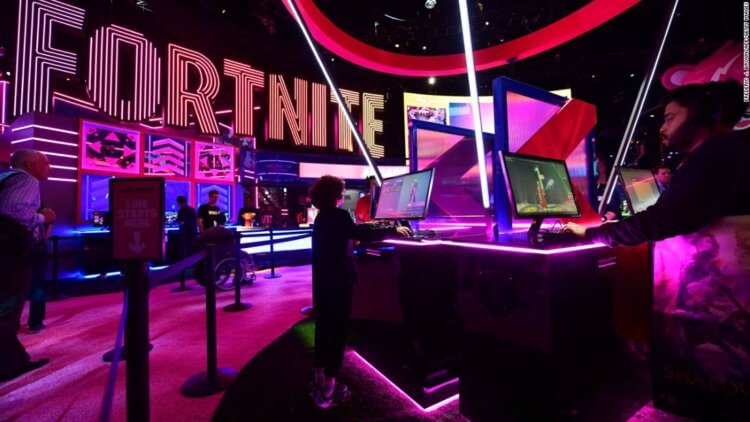 Project Freedom: Epic Reveals How They Prepared to Battle Apple for Fortnite

Many of you have probably forgotten about the clash between Apple and Epic Games that happened last summer. The development studio arbitrarily added a built-in payment tool to Fortnite, allowing it to accept payments from users bypassing the App Store and not pay a commission. Apple reacted immediately and removed the app store’s game, which led Epic Games to sue the company. Previously, we knew only this, and the parties tried not to bring the internal kitchen of the proceedings into the public field. But Epic decided to make the story public.

Fortnite creators have been preparing for a trial with Apple for several months.

It took several months to prepare for the implementation of the built-in payment tool, write a lawsuit that considers all aspects of the case, and the behavior of Epic Games’ management. This was announced by Tim Sweeney, CEO of the studio. According to him, the project even had its own name – Project Liberty (Project “Freedom”). It was indeed a large-scale project, for which they had been preparing for a long time and thoroughly since its goal was to change the foundations of the market and make it at least a little better.

Why Fortnite was removed?

This is Tim Sweeney, CEO of Fortnite. It was he who gave the go-ahead to the legal battle with Apple.

The reason for filing a lawsuit against Apple was the commission’s size that developers are forced to pay Apple on each transaction. But 30% is a lot, considering Epic Games earned $ 1.3 billion from Fortnite in-app purchases for iOS for all of 2020. Therefore, it was decided to start influencing the situation on its own, since no one else takes on this. The studio understood that it would be long and expensive, not to mention that it could permanently deprive them of access to the App Store, but Sweeney admitted it was decided to take a chance.

Apple will control this industry until it has drunk all the juices out of it. But who will then be left? Millions of indie developers who keep getting scanty crumbs from their projects just because they are too small and inconspicuous for Apple to want to milk them at all. My position is this: if you want to change something, you have to start by opposing the system. I think it’s perfectly normal to fight for your interests, especially when it comes to vital topics, – said the head of Epic Games in an interview with CNN.

It really took a lot of time to write a lawsuit. The document is 60 pages long. Epic Games lawyers detailed all the restrictions they faced in the App Store, explained why the 30% commission is a robbery and put forward a requirement for Apple to allow alternative app stores. After all, it was possible to count on the emergence of a competitive environment, which is now absent in principle because Apple holds the entire industry of iOS applications in its hands.

YOU CAN ALSO READ:  Apple is one step away from $ 2 trillion market cap

Epic understood that Fortnite would be removed from the App Store and Google Play, but still decided to go all the way.

Epic understands that an alternative iOS app store won’t come from anywhere. But she doesn’t need it. She has her own platform where she implements her own games. Recently, third-party applications began to appear there, which many perceived as the studio’s desire to compete with the App Store and Google Play. But Epic has access to Android even now, then on iOS, its path is ordered – there it is corny for its site not to survive due to Apple’s restrictions for all users, without exception.

According to Sweeney, independence allowed his studio to dare to sue Apple. Epic Games is a non-public company and, therefore, independent of investors and can develop as it sees fit. For this reason, Facebook, which is much larger than Epic, cannot afford to sue Apple. Even though Facebook makes money, not from in-app purchases but from advertising, it also has complaints against Apple. However, the company cannot solve them in court for fears that it will be closed access to the App Store, summed up Sweeney.