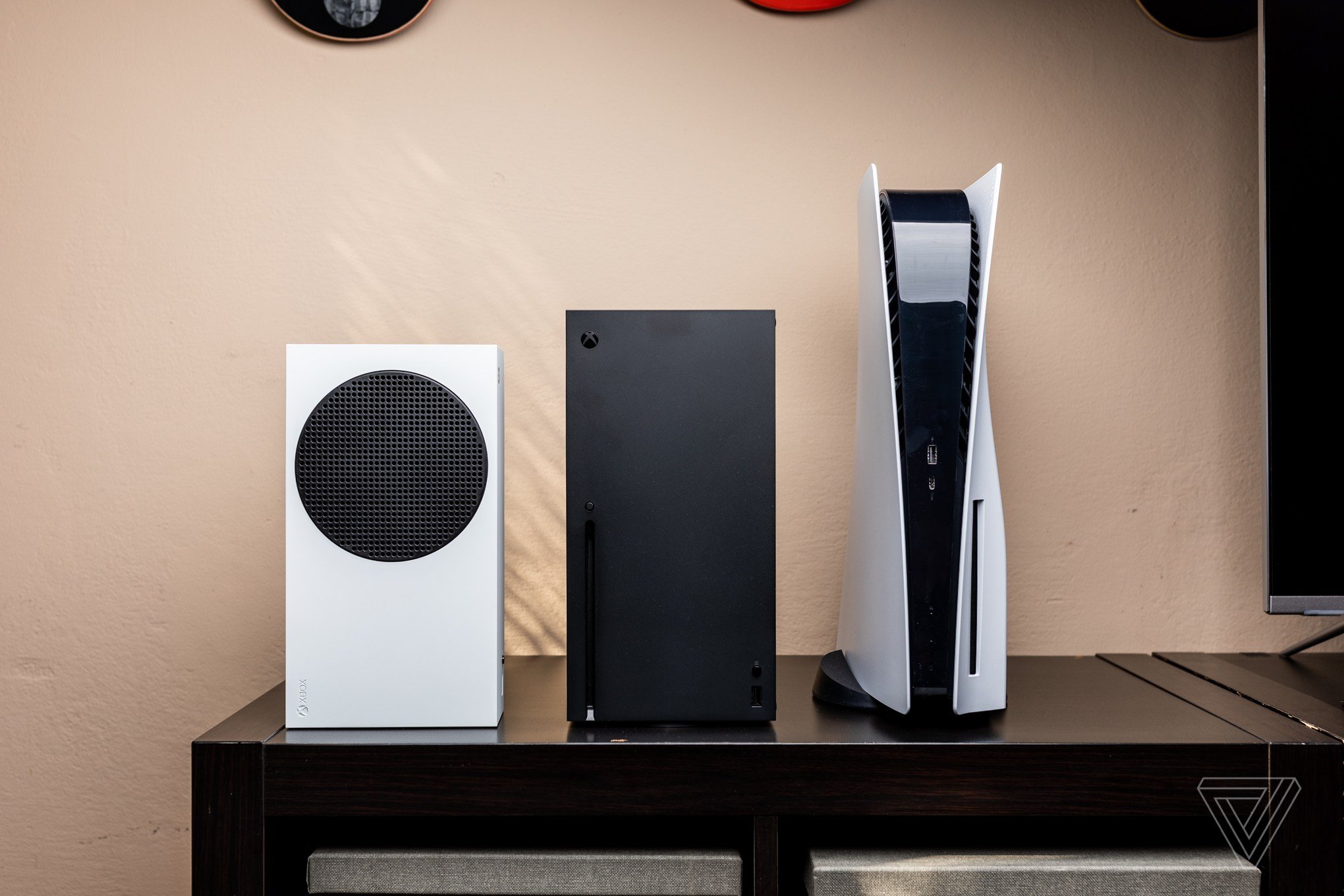 Photo of the Day: Xbox Series X and PS5 consoles posing next to each other

Microsoft and Sony are gearing up to launch their next-generation gaming consoles to market. Their sales will start next month. Many data about these devices have already been disclosed in our previous materials. And now it is possible to visually compare both consoles located together.

We’ve already heard reviews of how big the Sony PS5 is. Thanks to new photos published by The Verge, we have the opportunity to assess how much larger it is than the competing Xbox Series X. At the same time, we can compare the design decisions of both development teams.

It is noted that Microsoft and Sony have taken different approaches to the design of the console. These design differences become apparent when you place both devices side-by-side, vertically or horizontally. The PS5 is bigger than the Xbox Series X in almost every way. The PS5 is roughly 390mm high, 260mm deep and 104mm wide, while the Xbox Series X is 301mm high and 151mm wide or deep. The Xbox Series S is even more compact, although it retains many of the features and capabilities of its larger sibling. The Xbox Series S is only 275mm high, 151mm deep and 63.5mm wide when upright.

The PS5 rises above the Xbox Series X in an upright position, but looks thinner when used horizontally. Thus, the PS5 can sometimes be placed in a TV stand, although the Xbox Series X will no longer fit in such a space. Either way, it’s best to plan ahead where to install the console, as both models require good ventilation and no dust nearby. Otherwise, the console may be making noise after a few months.

Sony and Microsoft’s consoles also differ in terms of access to internal components. Sony allows PS5 owners to open the console to clean up dust or expand storage by installing solid state drives in an M.2 slot. Xbox Series X does not allow users to open the case, and storage expansion is carried out using proprietary expansion cards.

Microsoft Xbox Series X and Series S consoles do not have removable stands. But Sony decided to use a stand that the user would have to reinstall using tools if they wanted to change the orientation of the console.

YOU CAN ALSO READ:  7 Reasons To Get Rid of Your iPhone Once And For All