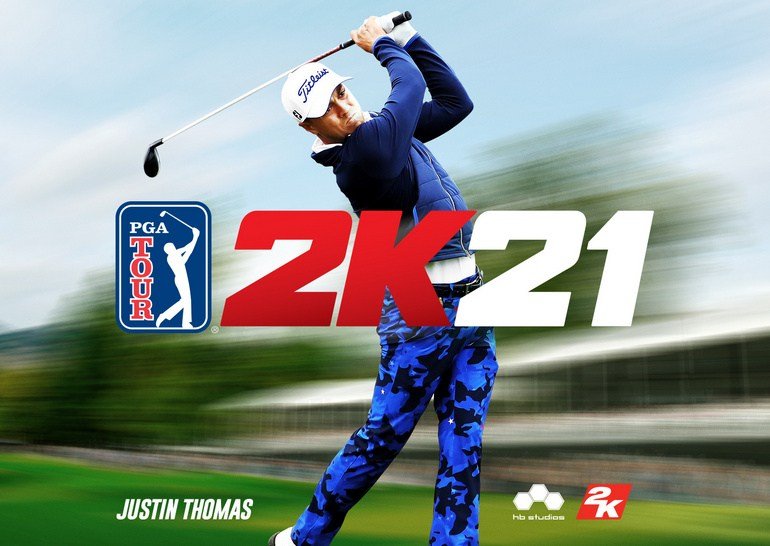 PGA TOUR 2K21 is the first official simulator of professional golf tournaments in the PGA Tour series in the last five years. And, but this is already unexpected, not from Electronic Arts, but from their competitors from 2K. The series has changed its owner and developer. What else has changed?

I have tried playing golf only a few times in my life, and even then not on a real course, but on the so-called Driving Range, a special field for practising hitting. Well, Ukraine has never been one of the leading golf countries in the world, the first 9-hole courses appeared only in 2008, and simultaneously in the Luhansk region and near Kyiv, and a full-fledged 18-hole course – in 2009. Nevertheless, I have always liked golf, and computer games are to blame for this.

The fact is that in addition to Civilization (the very first, of course), Metal Mutant and F29 Retaliator, the very first golf simulator was also among the first games I played on the brand new “Poiska-2” of the Department of Automation PGA Tour Golf (1990) from Electronic Arts. I can’t say that I did not miss any of the parts of this series, after all, in its twenty-five-year history there have already been 23 games, but from time to time I launched another Tiger Woods PGA Tour.

The series bore the name of the legendary golfer for 15 years, and as soon as it changed its name to Rory McIlroy PGA Tour (2015), it ceased to exist. Amid the commercial success of numbered FIFA, NBA and NFL, the relatively modest sums brought by the golf simulator (about $ 770 million in the entire history of the series) did not particularly impress EA. Not only was Rory McIlroy’s brand weaker than Tiger Woods, and the game itself, which had moved to the Frostbite 3 engine (!!!), was inferior to the previous part. So the history of EA’s PGA Tour Golf series ended ingloriously.

The banner that fell from the hands of EA Tiburon was picked up by the Canadian HB Studios, which made for the same EA simulators of cricket and rugby (yes, such sports were once in the Electronic Arts line), and also helped to port games of the FIFA, NBA series to different platforms Live, Madden NFL and … Tiger Woods PGA Tour! However, little HB Studios did not receive an official license from the PGA Tour, so it decided to make an independent golf simulator tailored for an online golf simulator called The Golf Club. But the trouble is, neither The Golf Club (2014) nor The Golf Club 2 (2017) attracted crowds of fans, after all, the official license of the series and specific golf courses is important enough for fans of this sport. And then 2K Sports entered the field, perhaps EA’s main competitor in the field of sports simulators for the general public.

To begin with, 2K agreed with the PGA Tour and in 2018 re-released an updated version of The Golf Club 2 with licensed courses and competitions – The Golf Club 2019 featuring PGA Tour. And now it’s time for a full-fledged game under the traditional 2K brand, including the name of the company itself – PGA Tour 2K21.

In fact, golf simulators have barely changed over the past 30 years. Yes, the graphics have become almost realistic, but the fundamentals of the game, the simulation of the ball bounce is pure Newtonian physics, it could be quite reasonably calculated on weak PCs of the early 90s. So everything is as usual – we choose the club, the angle of impact, the force, the twist, we take into account the wind … In fact, the biggest innovation in golf simulators appeared back in 1996, in SimGolf, which by order of the legendary Maxis Software was made … by the Ukrainian studio Tavex.

YOU CAN ALSO READ:  EA Play will be available on Steam starting August 31

Then Tavex under the leadership of Vladimir Vinetsky (the company’s office was located at the Institute of Cybernetics on Nauki Avenue, in Kiev) came up with impact control system with mouse movement, which interpreted the smoothness and uniformity of the movement of the manipulator and turned it into a blow of a virtual club. Let me remind you that in 1996, the mouse was far from an obligatory attribute of every PC. A similar system is still used in golf and billiard simulators, including the PGA Tour 2K21 from HB Studios.

Interestingly, together with SimGolf for Maxis, Tavex has also developed a golf course design program – Flog, which was also used for the design of real fields in the USA, possibly even those on which the real PGA Tour competitions are held. By the way, the new PGA Tour 2K21 also has the ability to create your own fields and upload them to the Web for other players.

As for the graphics, the PGA Tour 2K21, made on Unity (by the way, Unity Technologies earned $ 1.3 billion yesterday from the IPO), of course, cannot compete with the same Rory McIlroy PGA Tour on the Frostbite 3 engine – a game from EA five years ago clearly more interesting in terms of lighting. But on the other hand, all the official fields in PGA Tour 2K21 are made very carefully and thoroughly repeat real locations. The developers tried to recreate the appearance of the leading players of the PGA Tour, including Justin Thomas, who got on the cover of the game. Again, the lighting here played a little, but on the whole, the golfers’ models look quite acceptable. Traditionally for sports games, you can customize your character, dress him in licensed clothing from real brands, and arm him with replicas of real golf clubs. Surprisingly, all items in the game can only be purchased for in-game money, no seasonal passes or donations. Miracle!

YOU CAN ALSO READ:  Don't worry about buying a GeForce RTX 3090 for gaming

In addition to the career in the PGA Tour, which will have to start in the Candidates Tournament, the PGA Tour 2K21 has online 1v1, 2v2, and a bet per hole game for 2-4 people. Just keep in mind that golf games are long, and there are not so many players on the Web, so meetings should be arranged on the forums. There are also asynchronous competitions in Leagues, where you need to show the best result in terms of the number of hits, which will be compared with the performance of other players. Leagues can include both official fields and player-created fields. Yes, and keep in mind, in online and League games, the difficulty level is set to the maximum, so here you need to be extremely careful and collected when hitting, any deviation to the side, any uneven movement, any change in speed will lead to the fact that you will throw the ball into the bushes, water or bunker. Yes, and the number of putt previews on the green in this mode is limited to just a couple on the field. Train on the AI-first, gradually increasing the difficulty.

Well, while PGA Tour 2K21 has very few changes compared to the same games in EA’s PGA Tour series, this is a good, neatly made simulator with an official license. It’s nice that the series is still revived, let’s hope 2K doesn’t abandon it anytime soon.

Cons: The graphics are a little less up to date; not many people online

Conclusion: An updated but familiar golf simulator officially licensed by the PGA Tour