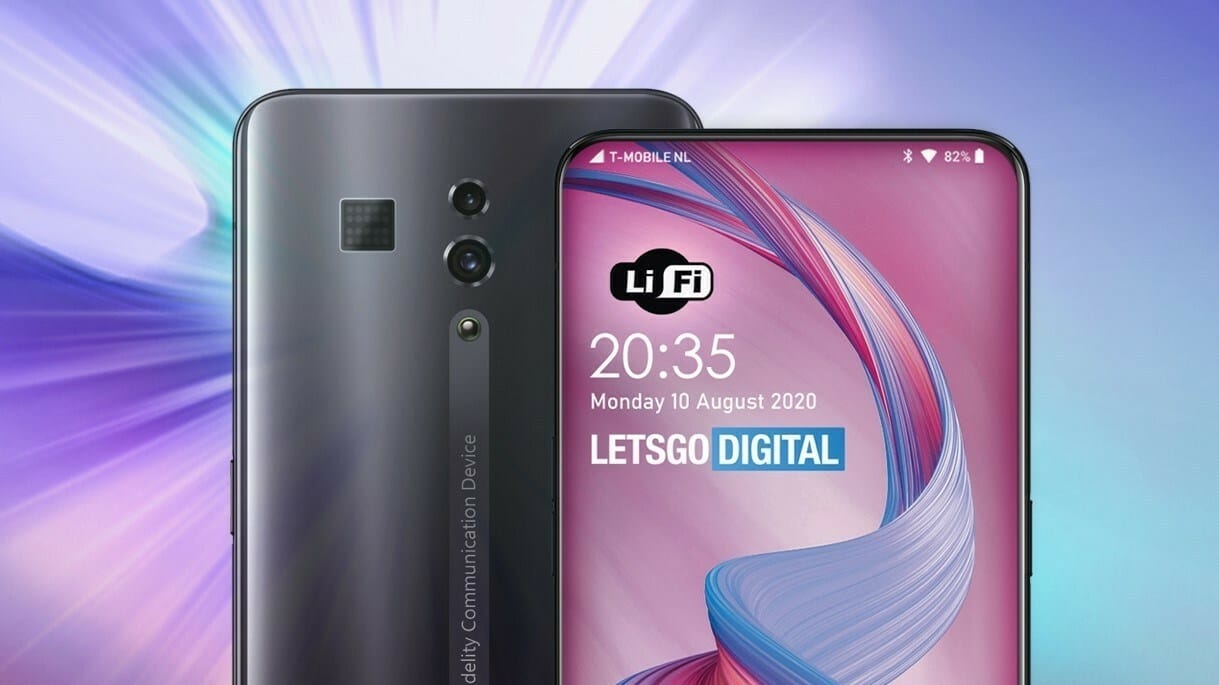 The LetsGoDigital web resource, which often publishes high-quality 3D models of upcoming mobile innovations, drew attention to one of the recent Oppo patents, which describes a smartphone with Li-Fi support – a faster alternative to Wi-Fi.

A lot has already been said about the very promising wireless technology of ultra-fast transmission of data by visible light Li-Fi, which involves the use of an LED light bulb as a modem. Development has been going on for the past few years, and last year, Philips subsidiary Hue introduced Internet bulbs for the corporate segment, capable of transmitting data at a speed of 250 Mbps. 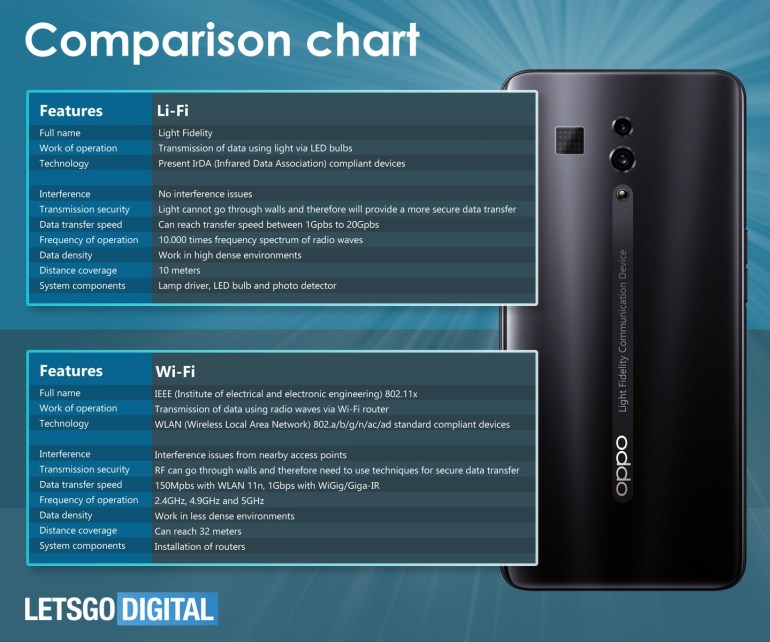 Unlike the already familiar Wi-Fi technology, which operates on radio waves, Li-Fi technology is used to transmit data light (visible light of the electromagnetic spectrum from 400 to 800 THz) – hence the name Light Fidelity. In this case, the transmitter is a high-brightness white LED, and the receiver is a silicon photodiode. Short pulses with fast dimming of the LED are converted by the receiver into an electrical signal, after which it is converted back into a binary data stream. By the way, LED bulbs can flicker at very high speeds, indistinguishable to the human eye.

YOU CAN ALSO READ:  The blogger has assembled a prototype of a folding iPhone from spare parts from AliExpress

The main advantages of Li-Fi technology are higher data transfer rates, connection stability and security. The data transfer rate in Li-Fi systems can reach 20 Gbps, which is comparable to the high-speed wired USB 3.2 and HDMI 2.0 interfaces. The disadvantages are the effective range (only 10 meters versus 32 meters for Wi-Fi) and fundamental limitations (light does not pass through walls, although this is a plus for safety, and the technology does not work outdoors in sunlight). 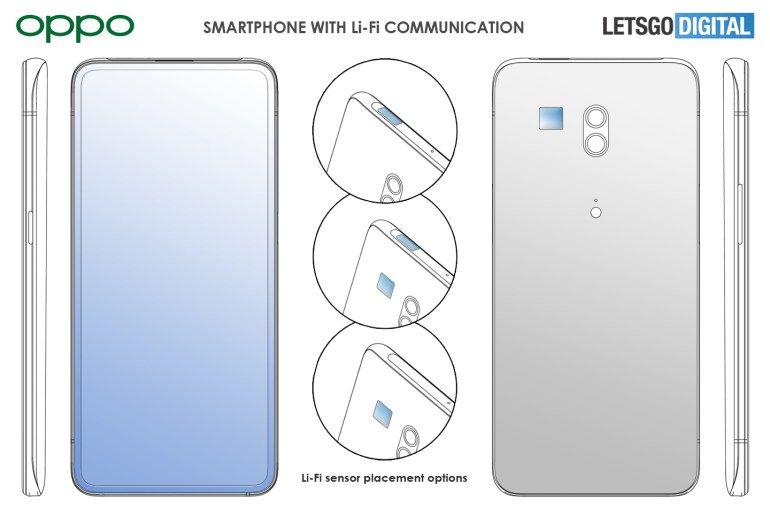 The Oppo patent describes a smartphone with two photodiodes – on the top edge and on the back, next to the camera. This is probably done to ensure that the technology works regardless of the position of the smartphone relative to the signal source.

The presence of a patent does not mean that Oppo will necessarily release such a product, but the possibility of this cannot be ruled out. Given the limitations of consumer devices, Li-Fi can be viewed more as a complement to Wi-Fi rather than a full replacement.

YOU CAN ALSO READ:  Headphones Sony WH-1000XM4 will be presented on August 6

Next year, the introduction of Wi-Fi 6E is expected, which will allow to use the 6 GHz band and fully unleash the potential of the Wi-Fi 6 standard. In addition, the next version of Wi-Fi 7 is being developed right now, which should provide data transfer rates up to 30 Gb / from.