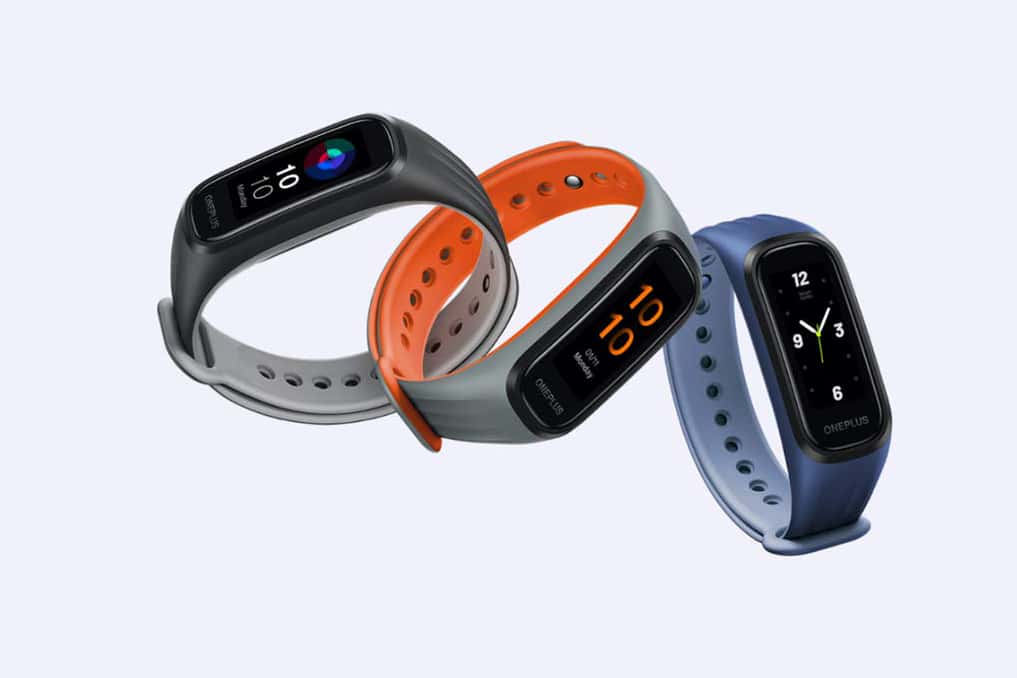 A new name has been added to the list of wearable gadgets – OnePlus, as expected, today gave official status to its own fitness bracelet Oneplus Band. The novelty will compete with the most popular bracelets Xiaomi Mi Band and Honor Band 6.

OnePlus confirmed the presentation’s information, “leaked” to the network a few days before the announcement. Shortly, the device will start selling in India. OnePlus Band MSRP for Indian Market – 2799 rupees, but there will be a reduced price – 2,499 rupees at the start.

The OnePlus Band features a 1.1-inch (126×294 pixels) AMOLED touchscreen with 37 different watch faces (five pre-installed out of the box) with flexible customization options.

The bracelet supports 12 sports activities and a Free Training option for all sports and activities not listed. It also supports the functions of a heart rate monitor (monitor the user’s heart rate in 24/7 mode) and a pulse oximeter (the ability to assess blood oxygen saturation SpO2), sleep tracking, as well as standard control and displays notifications from a connected smartphone.

The OnePlus Band has a 110 mAh battery, which should be enough for 14 days of battery life. There is also protected against water and dust (IP68, 5ATM) and supports Bluetooth 5.0.

The OnePlus Band stands out for its lightweight – the tracker itself weighs 10.3 grams. The silicone strap weighs another 12.3 grams. By the way, there are three colors to choose from: black, navy blue, and orange-gray (orange inside, gray outside). True, the only black is included, and the rest are purchased separately.