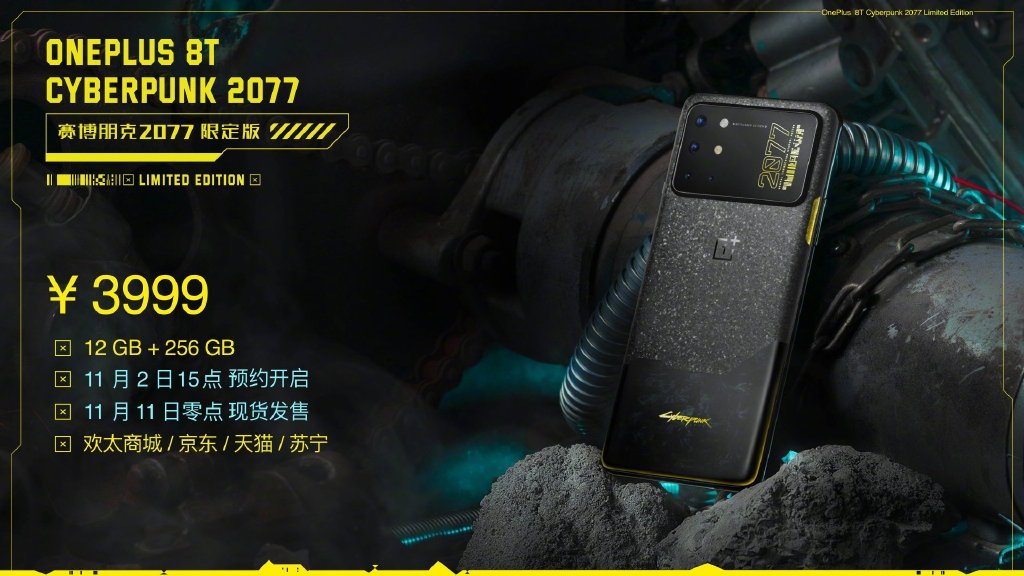 OnePlus has partnered with game developer CD Project Red to release a special limited edition OnePlus 8T smartphone. The device is made in the style of the new project Cyberpunk 2077, which should be released on December 10.

Bright yellow elements are used in the decoration of the smartphone, and there is also the Cyberpunk 2077 logo. The designers have also worked on the shell of the device – users will have access to a custom theme with changed app shortcuts, new animations for unlocking, charging and loading the device, special ringtones for calls and alarms.

In terms of specs, there are no differences from the regular OnePlus 8T. We only added a couple of new filters for the camera – Night City and Northern California. The OnePlus 8T Cyberpunk 2077 Limited Edition is only offered in a 12/256 GB version.

YOU CAN ALSO READ:  Microcircuit the size of a Tablet: Coming soon!
0