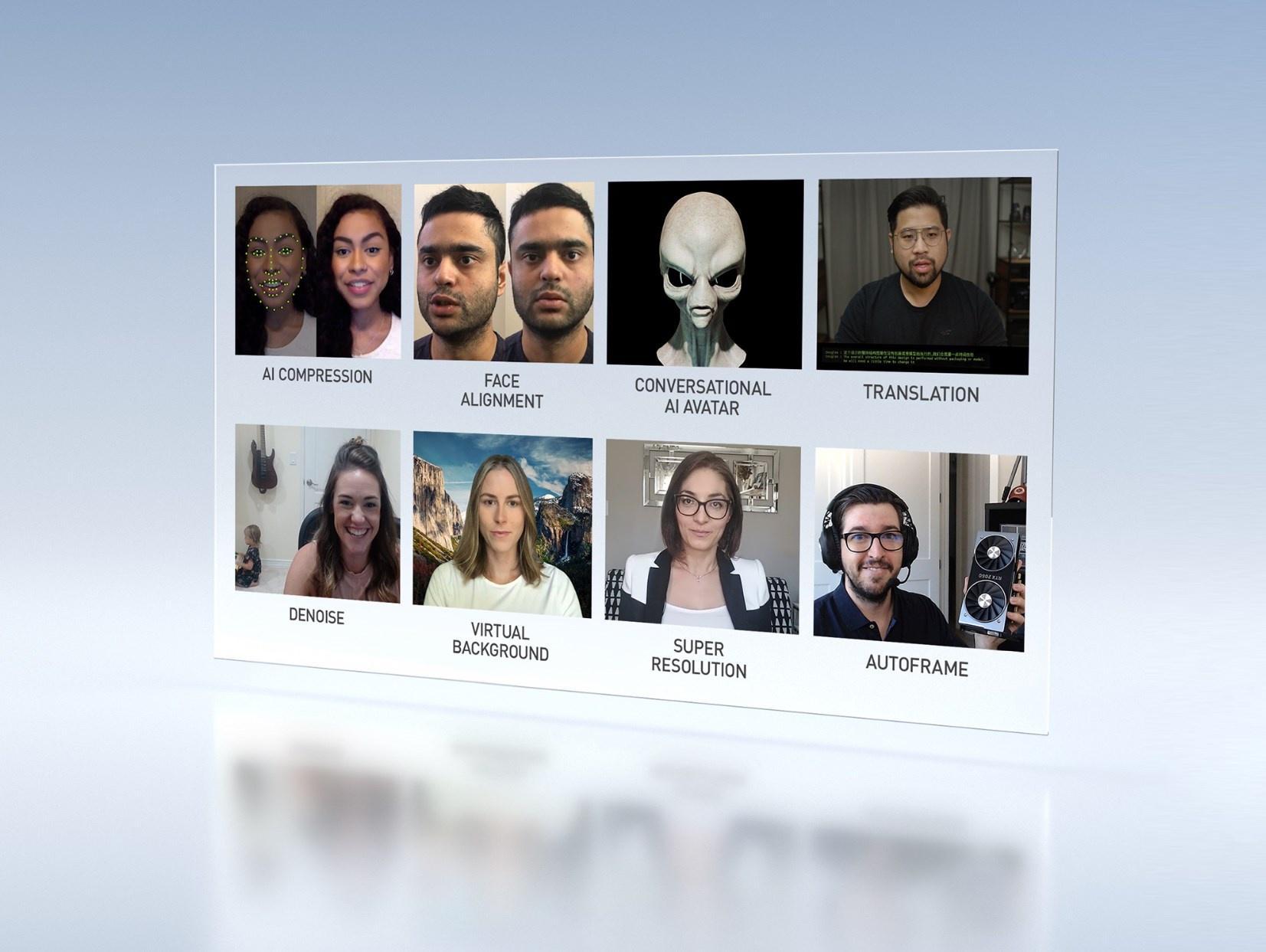 NVIDIA has announced a new video conferencing platform called NVIDIA Maxine, which addresses some of the most common video calling problems.

NVIDIA Maxine will handle video calls in the cloud infrastructure using NVIDIA GPUs. At the same time, the platform will be able to improve the quality of calls in various aspects. For this, artificial intelligence algorithms will be used. In particular, with the help of AI, Maxine will be able to reconstruct the face and gaze of the interlocutor in such a way that it seems that he is constantly looking directly into the camera and maintaining eye contact. AI is also reducing the network bandwidth requirement for video “to one-tenth of the H.264 streaming video compression standard.” This is achieved by transferring only the “key points of the face”.

“Instead of streaming an entire screen of pixels, the artificial intelligence software analyzes the key facial features of each person in the conversation and then intelligently reconstructs the face on the video from the other side,” the company said in a blog post. “This makes it possible to broadcast video streaming with a much smaller amount of data transferred over the Internet.”

Additionally, Maxine can upscale video, change face lighting, translate a conversation and transform it into text in real time. And AI can also be used to create animated avatars.

YOU CAN ALSO READ:  Thousands of iPhone Apps leak user data due to Incorrect Settings: Tips on how to protect yourself

It should be noted that not all of these features are new. Video compression and real-time speech-to-text transformation are common. In addition, both Microsoft and Apple have implemented eye alignment in Surface Pro X and FaceTime to ensure people maintain eye contact during video calls. However, NVIDIA hopes its cloud computing and AI expertise will help it outperform its competitors. However, it is unclear if any well-known video conferencing companies will want to use NVIDIA technology. Maxine is not a consumer platform, but a set of tools for third-party companies to improve their services. So far, NVIDIA has announced only one partnership, with communications company Avaya, which will leverage some of Maxine’s features.