Last month, along with the Pixel 4a, Google formally announced a version of the Pixel 4a 5G and the upcoming Pixel 5 flagship, limiting itself to one image showing the device from the side. Famous network informant Steve Hemmerstoffer McFly (aka @OnLeaks), together with the resource PriceBaba published a large selection of renders and a video with a 3D model of the Pixel 5, which allows you to see it in detail from all angles. OnLeaks is well known for models that almost always accurately reflect the appearance of upcoming new products. 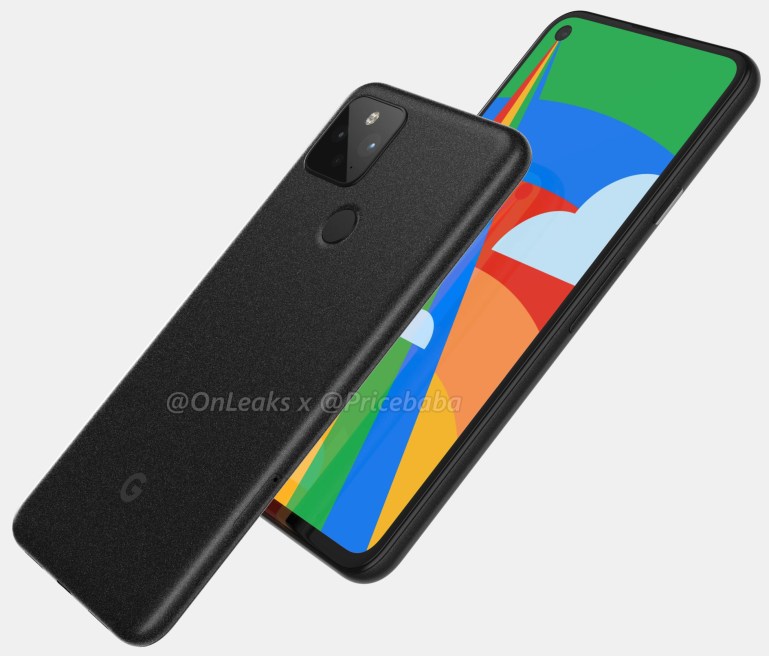 As you can see, any surprises like fancy camera block there is no Pixel 5 in appearance – a fingerprint scanner in the usual place on the back panel, a square block of the main camera with two lenses, a flash and a sensor for an unknown purpose, a flat-screen with a hole for the front camera in the upper left corner, and a sandy texture of the body, like the Pixel 4a.

OnLeaks claims the Pixel 5 will have a screen size of 5.7 to 5.8 inches, citing the dimensions of 144.7 x 70.4 x 8.1 mm (including the camera overhang of 8.5 mm). Dimensions 5.8-inch Pixel 4a are 144×69.4×8.2 mm and weighs 143 g. At the same time, sources Android Central talk about a larger 6-inch OLED screen with support for a refresh rate of 90 GHz. And this information looks more believable considering the screen sizes of current flagships like the Galaxy S20 with a diagonal of 6.2 inches.

The rest of the Pixel 5’s key specs are highly controversial. Android Headlines approves that the Pixel 5 will have a meager 3,080 mAh battery. At the same time, Android Central writes that this data is “completely wrong”, and the battery will actually be larger than the Pixel 4.

But the sources agree on one thing: the hardware basis of the Pixel 5 will be the mid-level platform Snapdragon 765G, while the previous generation was built on the flagship chipset Snapdragon 855. Earlier rumors indicated that the Pixel 5 will lose not only the top platform but also the main feature of the Pixel 4 – functions non-contact gesture control Motion Sense. Also previously mentioned about 8 GB of RAM. Recent reports include 128GB of flash storage, 15W wireless charging, and 5W wireless reverse charging for other mobile devices.

According to the latest data, Google Pixel 5 and 4a 5G will be out on September 30th. We will remind you, earlier Google has already withdrawn from sale Pixel 4 and Pixel 4 XL.