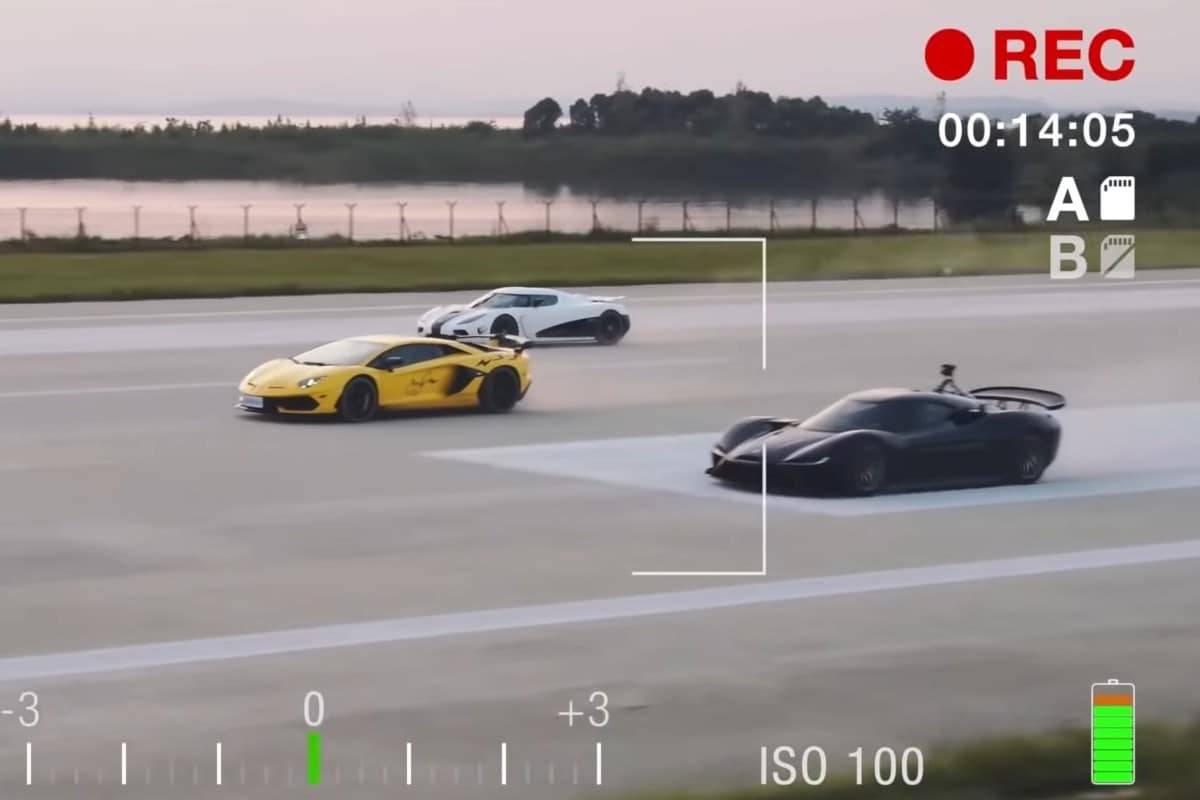 By the end of the year, drag racing fans had become more active and had several interesting races at once. In this post, we invite you to watch a somewhat comic race between the classic supercars Lamborghini Aventador SVJ and Koenigsegg Agera R.

The first half of the video looks quite ordinary – on a segment of 400 meters, gasoline cars of the same class compete with each other, which almost simultaneously come to the finish line with the results 12:34 and 191.2 km / h (Lamborghini Aventador SVJ) and 13:17 and 199.1 km / h (Koenigsegg Agera R).

However, the most attentive viewers have a question – who filmed the race, moving in parallel with the two participants? The answer is simple – it is the NIO EP9 electric car, which gives both ICE models odds, starting behind them.

Recall that this Chinese electric car once broke the record of the Nurburgring Nordschleife track for production cars. The NIO EP9 is equipped with four electric motors with a total capacity of 1,360 hp, equivalent to 1 megawatt of power. Acceleration from 0 to 100 km / h takes 2.7 seconds, from 0 to 200 km / h in just 7.1 seconds, and the maximum speed can reach 313 km / h. The replaceable battery is fully charged in just 45 minutes and allows you to travel over 425 km on a single charge.

PS As a bonus – the most controversial drag racing of the past year between the Porsche Taycan electric car and the subcompact Fiat Panda 4 × 4: