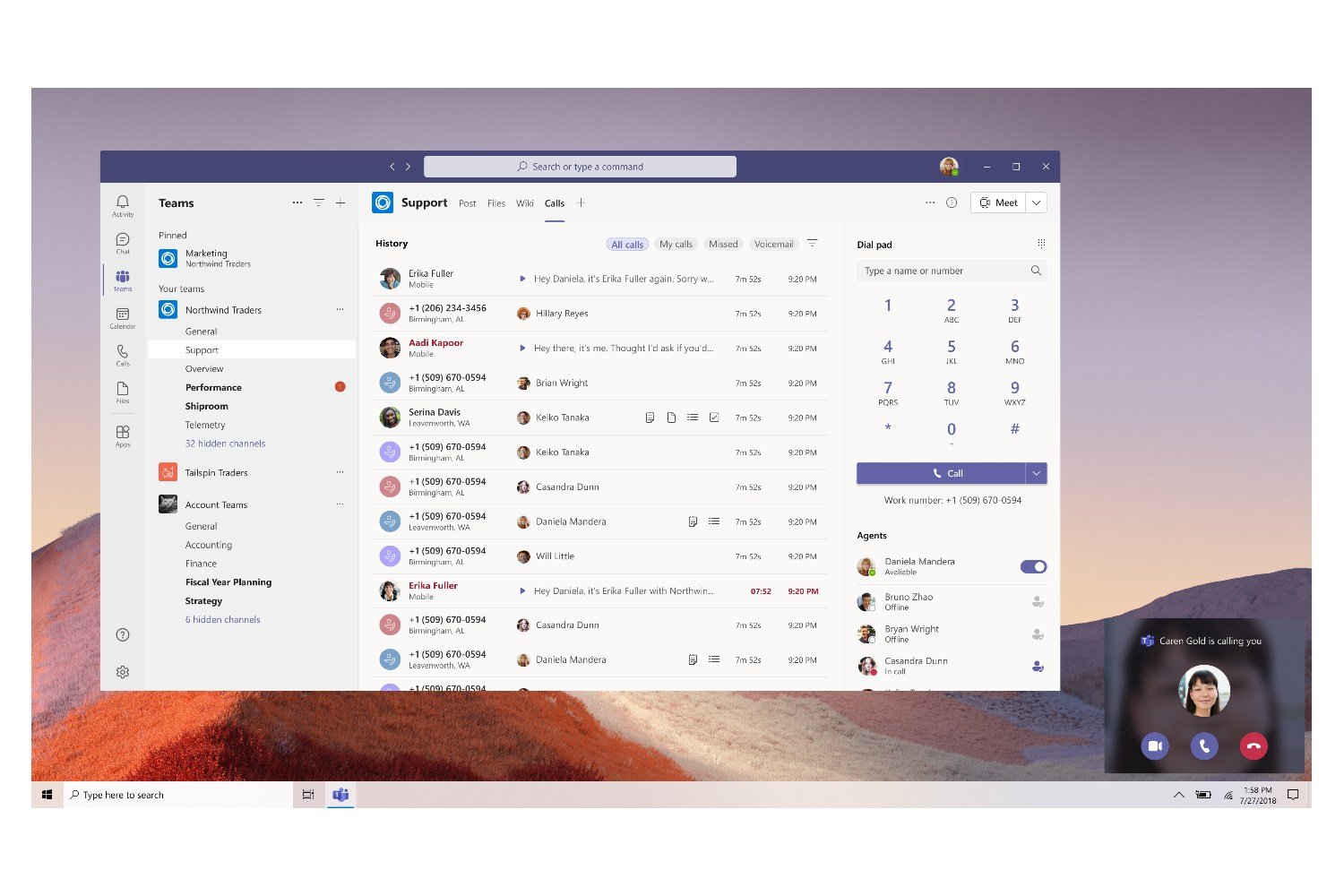 Microsoft has revised the calling features available in Microsoft Teams. The new call interface now displays contacts, voicemail, and call history in one place. It’s designed so that Microsoft Teams can be used as a phone replacement. The app also adds built-in protection against spam calls, reverse number lookup, and the ability to merge calls.

Microsoft Teams users will also soon be able to forward calls between their mobile device and desktop computers. This will allow you to change the conversation’s location without interrupting the conversation itself (audio or video). The app will allow people to join silently on an additional device or simply transfer a call and automatically end it on other devices. Microsoft says this feature will be available in early 2021.

For those users who regularly record meetings in Microsoft Teams, there are also some new features. You can now record meetings to SharePoint or OneDrive, not just the Microsoft Stream service. It will also make it easier to exchange calls or transcripts with people outside of the Teams organization.

YOU CAN ALSO READ:  Volvo launches series production of its first electric car, the Volvo XC40 Recharge, with first customers to receive theirs in October

Finally, Microsoft has added CarPlay support for Microsoft Teams. This will allow you to control Teams while you travel in vehicles with built-in CarPlay support. Also, users will be able to use Siri to initiate or answer calls. Possible support for Android Auto in the future has not yet been announced.